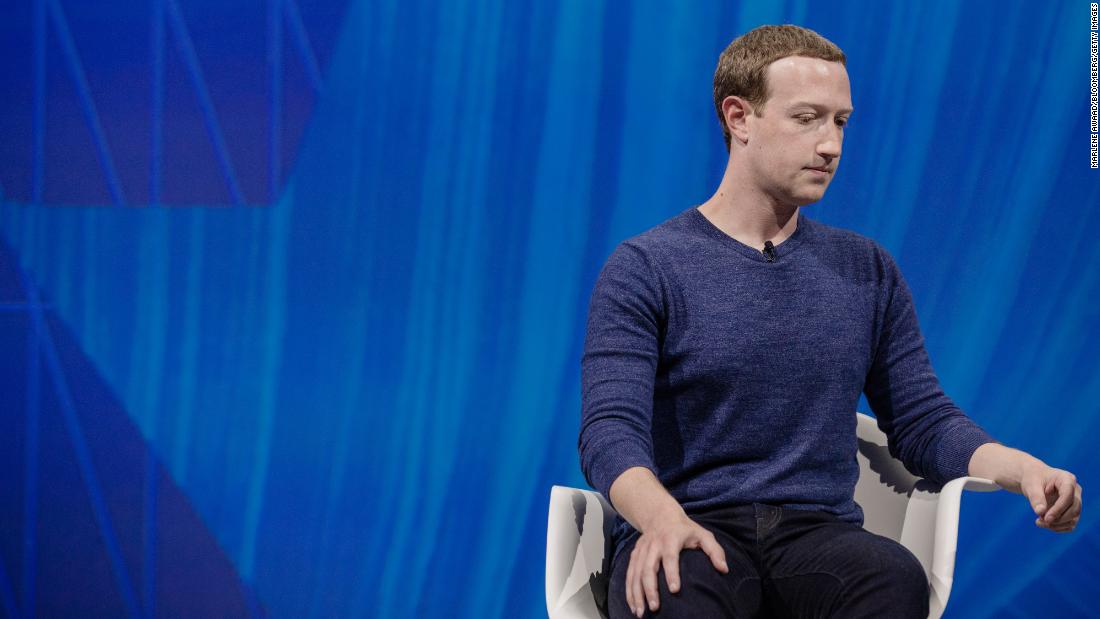 The debate over Facebook's decision to allow President Trump's reelection campaign to pay to run false ads on its platform encapsulates the awkward moral, social and civil questions that have dogged the company since 2016.

Facebook's argument is this: As a private company, it shouldn't have the power to censor the leader of the free world, even if he lies. Those lies, Facebook says, will be tested and exposed by the media and through political discourse.

But not so, says former vice president Joe Biden's campaign. They complained to Facebook last week after the Trump campaign began running false ads about the Bidens and Ukraine -- an issue which is now central to the impeachment inquiry.

Facebook, the Biden team says, should shut down the ads.

"Our approach is grounded in Facebook's fundamental belief in free expression," Katie Harbath, Facebook's public policy director, responded to the Biden campaign. "Political speech is already arguably the most scrutinized speech there is. Thus, when a politician speaks or makes an ad, we do not send it to third party fact checkers."

Facebook's argument might be more convincing in a world without the platform. The company has helped create and enhance ideological echo chambers. Some Facebook users only follow and engage with content with which they agree.

Given how the Facebook News Feed is determined by an algorithm and the highly-targeted nature of Facebook ads, it's entirely possible that a Facebook user could see a false ad from a campaign and not encounter a post that challenges or corrects it. On the other hand, the company perhaps has a point. Although a for-profit corporation, Facebook is an important part of America's public square, allowing users from all sides of the political spectrum to converse and providing a platform for politicians to reach voters directly.

Democrats, many of whom lament the concentration of power in Silicon Valley, are calling on Facebook to exercise even more control by making decisions about political speech.

"Lawmakers often tell me we have too much power over speech, and frankly I agree," Facebook CEO Mark Zuckerberg wrote earlier this year in a Washington Post op-ed. He called on Congress to write laws that would help companies like Facebook better police speech.

Zuckerberg is right. The law has not kept up with the digital revolution and these businesses are left to make up their own rules.

YouTube and Twitter let the Trump campaign run the false anti-Biden ad, too. But the fact they are only mentioned one time and halfway into this article - along with the Biden campaign's decision to single out Facebook in their first letter - might reflect the media's and Washington's obsession with Facebook. The company - perhaps due to its perceived ubiquity - is often used as a conduit to scrutinize issues that in fact go far beyond Facebook, whether that be online political discourse or corporate social responsibility.

Nick Clegg, the former deputy prime minister of the United Kingdom and now a Facebook employee, recently waxed poetic about the company's policy of not fact-checking politicians. Although Facebook said the policy has been in place for a year, Clegg made it part of a speech he delivered in Washington DC last month.

But there are some factors at play. What makes Facebook so profitable is its ability to build scalable products and services. Technologies such as automation and artificial intelligence help facilitate Facebook's hands-off approach. The efforts neatly fit with Zuckerberg's original vision for the company: a platform where people can connect openly in a way that involves relatively little oversight.

But since 2016, the company has been forced to be more proactive and responsive, reluctantly making overt editorial decisions. Facebook has cracked down on anti-vaccination misinformation, banned white nationalism and hired fact-checkers that de-prioritize posts containing misinformation. But politicians' posts, for the most part, are exempt.

All these new rules require more people, despite the great promises of moderation by artificial intelligence extolled by Zuckerberg and others. In moments that matter, such as during the live streaming of the massacre in Christchurch, New Zealand, earlier this year, we have seen that dependence on AI backfire spectacularly.

Since May 2018, the Trump campaign has spent more than $20 million on Facebook ads. Fact-checking those ads would slow down Facebook's approval process, potentially resulting in a lower ad-spend.

Facebook posted profits just shy of $7 billion last year. Fact-checking Trump and other 2020 candidates' ads would not significantly impact the company's bottom line. But it would represent another chisel cutting into the automated utopia that has made Facebook rich. Then, once fact checks happen on US politicians' posts, other countries might call for the same.

Then there's the political calculation. Under intense scrutiny since 2016 in Washington, Facebook has hired a mostly deft team to help it navigate the nation's capital.

Facebook may be happier to take a letter of complaint or two from the Biden campaign about a Trump ad rather than fact check and possibly refuse ads from Trump. This would further embolden Republicans who claim Silicon Valley has an anti-conservative bias.

For now, Facebook is remaining steadfast in its position to allow politicians to post and pay to target lies at Americans. But the company has been known to change its policies around politics and speech before, no matter how much it once defended them.

While in the UK government, Clegg was slammed for not honoring a pledge not to raise the cost of college tuition. Now as Facebook's front man on the fact-checking debate, he could again one day find himself walking back another argument made in good faith.