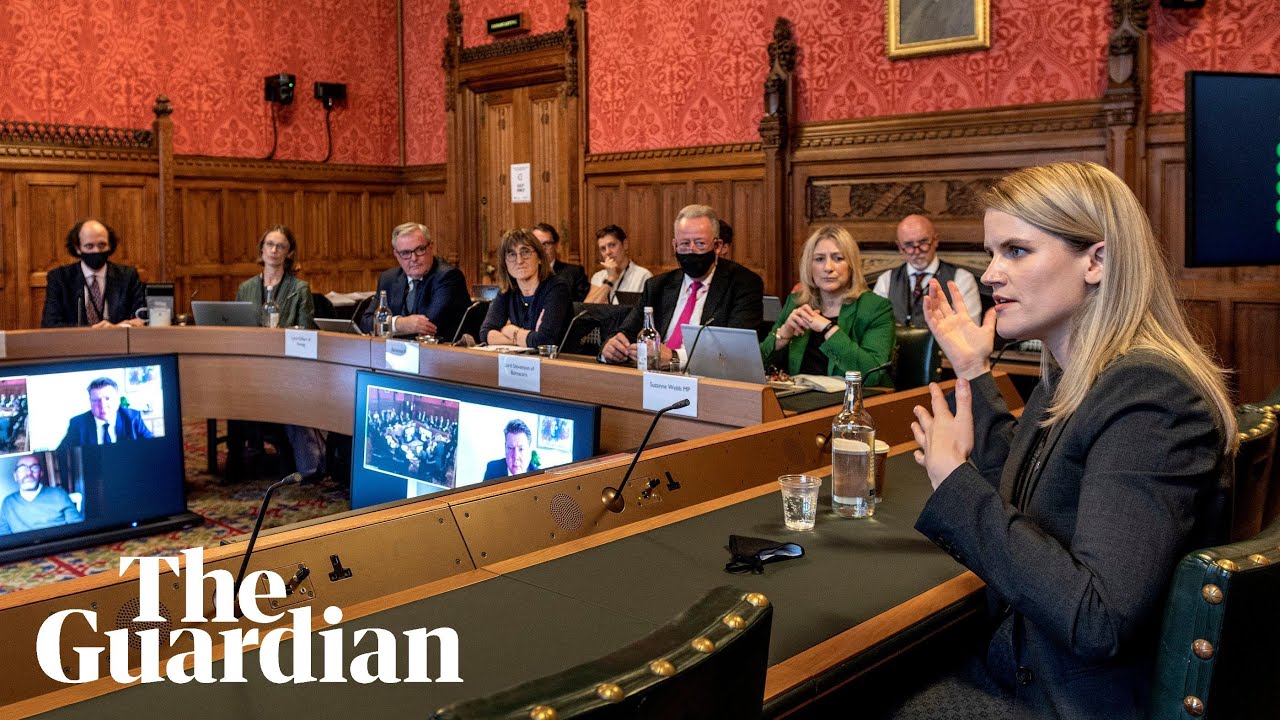 Mark Zuckerberg “has unilateral control over 3 billion people” due to his unassailable position at the top of Facebook, the whistleblower Frances Haugen told MPs as she called for urgent external regulation to rein in the tech company’s management and reduce the harm being done to society.

Haugen, a former Facebook employee who released tens of thousands of damaging documents about its inner workings, travelled to London from the US for a parliamentary hearing and gave qualified backing to UK government proposals to regulate social media platforms and make them take some responsibility for content on their sites.

The company’s internal culture prioritised profitability over its impact on the wider world, said Haugen, and “there is no will at the top to make sure these systems are run in an adequately safe way”. She added: “Until we bring in a counterweight, these things will be operated for the shareholders’ interest and not the public interest.”

She warned that Instagram, which is owned by Facebook and used by millions of children worldwide, may never be safe for pre-teens.

Addressing a group of MPs and peers on Monday, Haugen said much of the blame for the world’s increasingly polarised politics lay with social networks and the radicalising impact of services such as Facebook Groups.

These can encourage small and intense communities that breed conspiracy theories, she said. “I am deeply concerned that they have made a product that can lead people away from their real communities and isolate them in these rabbit holes and these filter bubbles. What you find is that when people are sent targeted misinformation to a community, it can make it hard to reintegrate into wider society because now you don’t have shared facts.”

Amid growing concerns about the impact of Instagram on the mental health and body image of teenagers, Haugen said Facebook’s own research likened the app’s young users to addicts who feel unable to step away from a service that makes them unhappy.

“The last thing they see at night is someone being cruel to them. The first thing they see in the morning is a hateful statement and that is just so much worse.” She claimed the company’s own research found Instagram was more dangerous than other social media such as TikTok and Snapchat because the platform is focused on “social comparison about bodies, about people’s lifestyles, and that’s what ends up being worse for kids”.

The whistleblower also urged Facebook to make it harder to share material, in order to slow the sharing of hate and disinformation, while also pushing more content from people’s family and friends into users’ newsfeeds: “Moving to systems that are human-scaled is the safest way to design social media. We liked social media before we had an algorithmic feed.”

One of her particular concerns is how Facebook can “mislead” the public into thinking that it is prioritising the tackling of disinformation outside the English-speaking world, while highlighting its impact on societal divisions in Myanmar and Ethiopia. She suggested that tools designed to reduce harm in English-language posts may be less effective in the UK because they were developed using American English.

Facebook’s ownership is structured so that Zuckerberg, as founder of the company, has a special class of share that means he alone ultimately controls the business. This gives him enormous control over the eponymous social network as well as Facebook-owned Instagram and WhatsApp.

Haugen said the company was full of “good, kind, conscientious people”, but they were working with bad incentives set by management and the requirement to maximise financial returns to shareholders. “Facebook has been unwilling to accept even little slivers of profit being sacrificed for safety. And that’s not acceptable.”

She said there were few incentives inside the company to raise flaws and deal with the side-effects of its business model. “Facebook never set out to prioritise polarising and decisive content; it just happened to be a side-effect of the choices they did make.”

A Facebook spokesperson said: “At the heart of these stories is a premise which is false. Yes, we’re a business and we make profit, but the idea that we do so at the expense of people’s safety or wellbeing misunderstands where our own commercial interests lie. The truth is we’ve invested $13bn and have over 40,000 people to do one job: keep people safe on Facebook.”