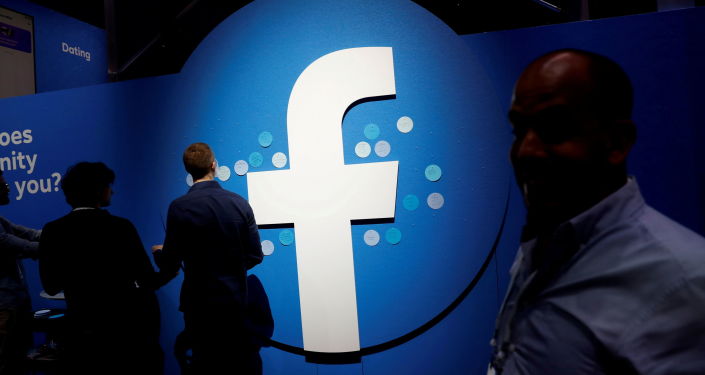 Facebook has seen a lot of backlash in various fields recently, particularly in relation to the platform allegedly allowing the spread of misinformation about coronavirus vaccines - with even the Biden administration joining the choir of critics.

An ex-data scientist who worked for Facebook said in a memo obtained by BuzzFeed News that she rejected a $64,000 severance package from the social media company to be able to ignore a non-disparagement clause, and roll out some revelations about the platform and her job experience.

In the memo, and in an interview with MIT Technology Review, Sophie Zhang, who worked as part of the 'fake engagement' management team, claimed that Facebook did little to address election interference and was involved in political manipulation.

“There was so much violating behavior worldwide that it was left to my personal assessment of which cases to further investigate, to file tasks, and escalate for prioritization afterwards,” she wrote in the memo, according to BuzzFeed News, saying that she often felt responsible for civil unrest breaking out in places she did not prioritize for action. "I have made countless decisions in this vein – from Iraq to Indonesia, from Italy to El Salvador. Individually, the impact was likely small in each case, but the world is a vast place.”

Breaking down multiple occasions when she allegedly faced the company's failure to address fake accounts, misinformation, and manipulation in different countries like India, Ukraine, Bolivia, Spain, and Brazil, Zhang revealed that she was distressed by the experience, going through a "physical and mental decline" in autumn 2019.

“In the three years I’ve spent at Facebook, I’ve found multiple blatant attempts by foreign national governments to abuse our platform on vast scales to mislead their own citizenry, and caused international news on multiple occasions,” she wrote in the memo. 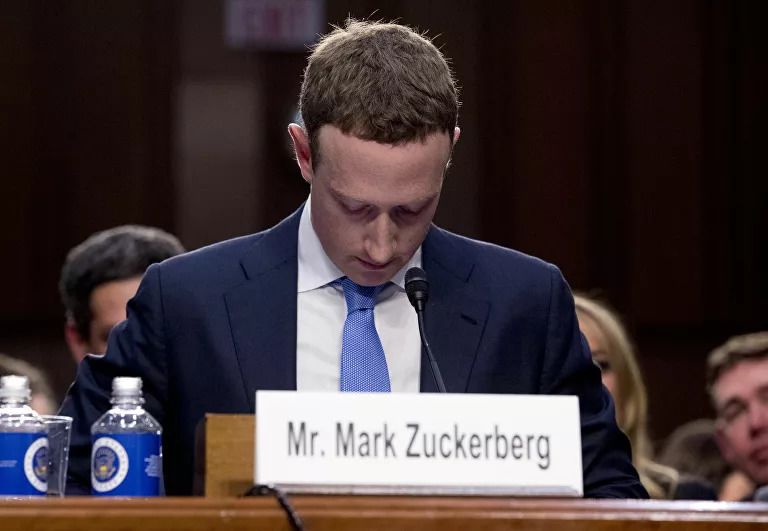 In this April 10, 2018, file photo Facebook CEO Mark Zuckerberg looks down as a break is called during his testimony before a joint hearing of the Commerce and Judiciary Committees on Capitol Hill in Washington.

After being fired from Facebook over "poor performance", she posted her memo internally during her last day at work. Facebook reportedly deleted it, but then restored access following outrage from employees.

According to MIT Technology Review, Facebook denied her claims and insisted that the 'fake engagement' continued her work.

"In 2016, we and those in the government and media did not fully recognize the nature and scope of foreign interference in our elections," a Facebook spokesperson said earlier, cited by The Business Insider. "Since 2017, we have removed over 150 covert influence operations originating in more than 50 counties, and a dedicated investigative team continues to vigilantly protect democracy on our platform both here and abroad."

This is not the first time Facebook has faced criticism over its content policy. While earlier it was about election interference allegations and private user data, the latest backlash comes in regard to misinformation about coronavirus vaccines.

With the Biden administration voicing concerns about the spread of "false information" about vaccines across Facebook, and the president himself suggesting that Facebook is "killing people", activist groups carried out a performance with body bags in front of Facebook's HQ in Washington DC earlier in the week, saying that "disinfo kills".

Activists' efforts and the concerns of political figures come as the social media company consistently denies accusations of failing to address the spread of misleading information.

As Facebook deals with the pressure, a poll by PEW Research Center released earlier in July revealed that more than half of US citizens - some 56% adults - think that big tech and social media platforms should be "regulated more than they are now".