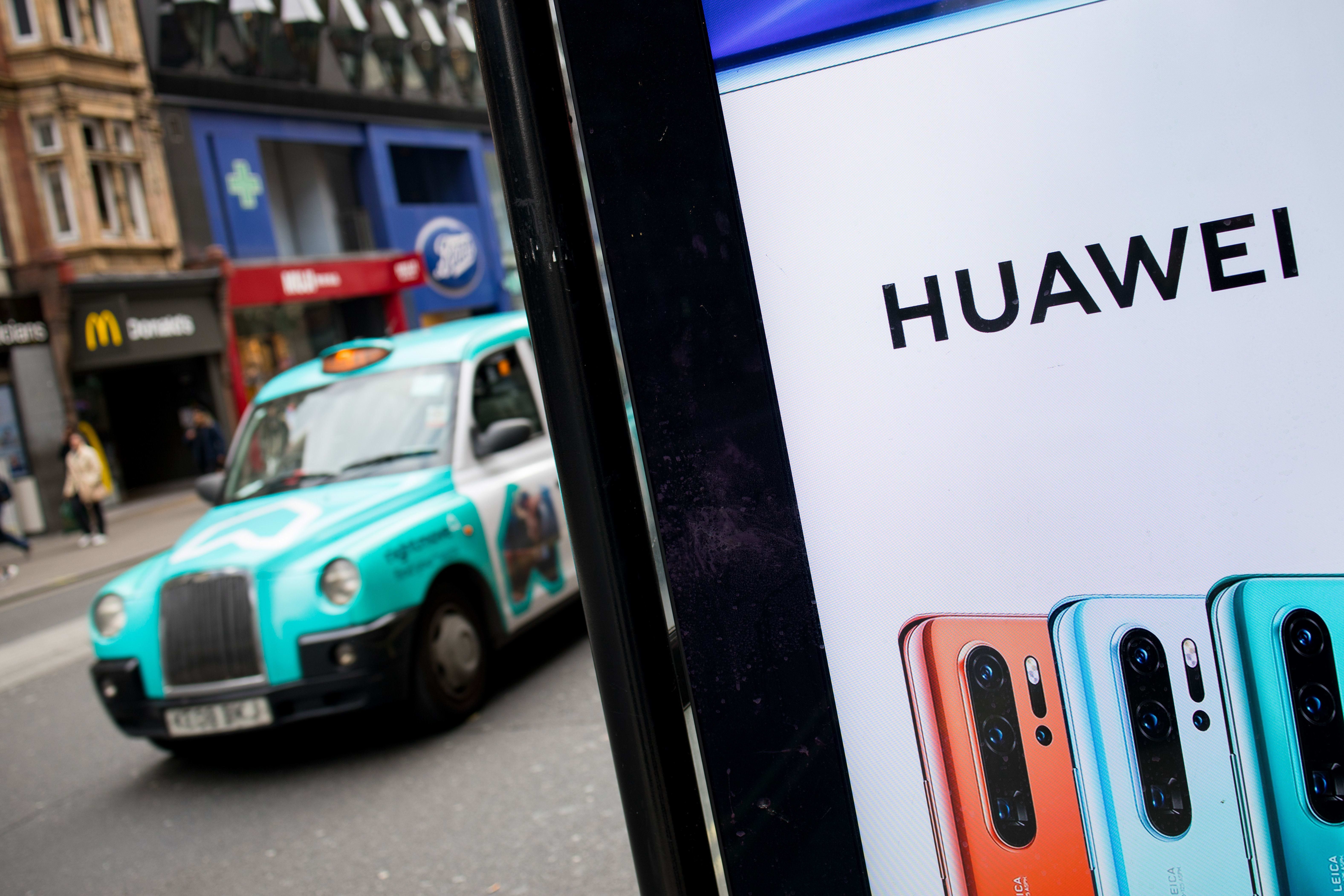 Faced with US pressure, Britain says security is 'top priority' ahead of a key decision on Huawei

U.S. officials reportedly told the U.K. that including Huawei in its rollout of 5G would be “nothing short of madness.”
British Prime Minister Boris Johnson said critics of Huawei should “tell us what’s the alternative.”

U.K. Digital Minister Matt Warman said security is the “top priority” ahead of the decision, due later this month.

Huawei says it’s “confident” the U.K. will “make a decision based upon evidence, as opposed to unsubstantiated allegations.”

Britain has said security will be its “top priority” in deciding whether to include Huawei equipment in its 5G networks, as the country faces intense pressure from Washington to block the Chinese tech giant.

Following a visit from a U.S. delegation Monday, reports emerged claiming U.S. officials had presented their U.K. counterparts with new evidence showing the use of Huawei’s 5G gear would put intelligence sharing at risk. According to The Guardian, Washington said giving Huawei access to the U.K.’s rollout of fifth-generation mobile internet would be “nothing short of madness.”

Washington’s concerns over risks to intelligence sharing appear to contradict a claim just a day earlier from MI5 chief Andrew Parker, who said there was “no reason” to assume a longstanding intelligence sharing agreement between the two countries would be affected by Huawei’s involvement in the U.K.’s 5G rollout.

U.K. Prime Minister Boris Johnson, when asked by the BBC about the news Tuesday, said critics of Huawei should “tell us what’s the alternative,” adding that he didn’t want any 5G infrastructure implemented that would “prejudice our national security or ability to cooperate” with intelligence partners.

Matt Warman, a digital minister for the U.K., told CNBC Tuesday that security was the “top priority” ahead of the decision. The government says that decision will be announced by the prime minister in Parliament “in due course.”

“The U.K. government’s top priority is always going to be the security of people in Britain,” Warman said in an interview. “That will always be the overarching thing that underlines all of these decisions. At the same time our relationship with the U.S. is important and we’re going to make sure we consider this very carefully.”

President Donald Trump’s administration has placed Huawei under an intense pressure campaign that has seen the Chinese tech giant added to a trade blacklist and its CFO, Meng Wanzhou, detained in Canada for extradition to the U.S. on charges of bank and wire fraud. The U.S. contends that gear provided by the world’s top telecom equipment maker contains so-called “back doors” that could be used by China for spying.

Huawei, which has rapidly grown into a major player in the mobile space in the last few years, denies it would ever hand network data to Beijing. The company’s 5G gear is seen by top telecommunications firms as being cheaper and more advanced than other alternatives in the market.

In a statement Thursday, Huawei Vice President Victor Zhang said the firm was “confident” the U.K. government would “make a decision based upon evidence, as opposed to unsubstantiated allegations,” pointing to the comments made by the head of MI5.
#Donald Trump  #Boris Johnson