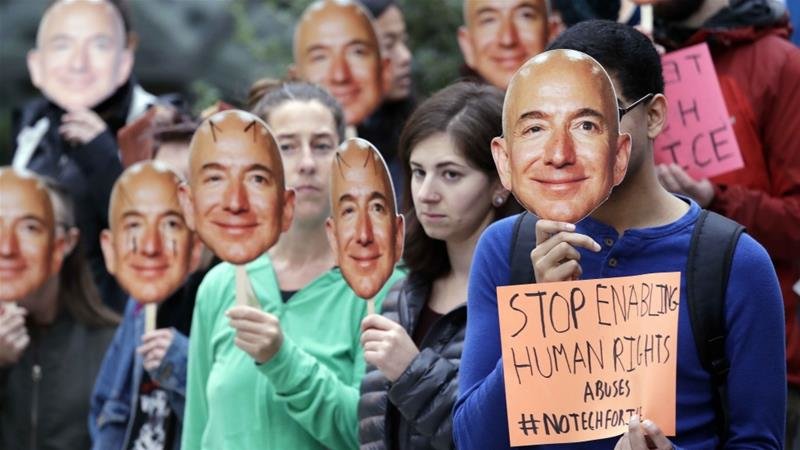 Facial recognition technology: The criminal among us

The use of facial recognition in law enforcement takes us one step closer to our dystopian future.

When I was a child, I used to dream of growing up to live in a magical world where my every move would be monitored by cameras tracking my identity, behaviour, and emotions.

Just kidding. But that reality is exactly where we are headed.

Welcome to the age of total surveillance and the extinction of the concept of privacy - the latest efforts by the global politico-corporate elite to render existence as oppressive as possible before the planet combusts in a climate catastrophe.

One pillar of the surveillance industry is facial recognition technology, which has been making waves as of late with headlines like The FBI Has Access to Over 640 Million Photos of Us Through Its Facial Recognition Database and Facial recognition smart glasses could make public surveillance discreet and ubiquitous.

Of course, there are plenty of dedicated cheerleaders as well. In June, the New York Times ran an op-ed titled How Facial Recognition Makes You Safer, in which New York police commissioner James O'Neill swears on behalf of the technology's "worth as a crime-fighting resource".

But how can anyone be made safer by something that is so often frighteningly inaccurate?

Last year, for example, the American Civil Liberties Union (ACLU) conducted a test of Rekognition, Amazon's facial recognition software, which compared images of all the members of the US Congress with a database of mugshots.

The results, according to Rekognition: 28 US Congresspeople were identified as criminals. And what do you know: the false matches pertained disproportionately to people of colour.

Now imagine the complications that might arise when you have such technology in the hands of US law enforcement officials who have already proven themselves predisposed to shooting black people for no reason.

In addition to marketing its product to officials from US Immigration and Customs Enforcement (ICE) and other notoriously abusive entities, Amazon has also pushed for Rekognition's use in police body cameras - which would presumably only increase the chances of pre-emptive misidentification by trigger-happy forces of law and order.

Despite pushback from Amazon employees and others alarmed by the implications of surveillance collaboration with the state, the company remains committed. A recent Vox article quotes Amazon Web Services CEO Andy Jassy as arguing that "just because tech could be misused doesn't mean we should ban it and condemn it" since other things like email and knives can also be misused: "You could use a knife in a surreptitious way."

Fair enough, but knives at least serve a wide variety of useful purposes for the average human, as opposed to simply sustaining a dystopian landscape built for the enrichment of a tyrannical elite minority.

In the United Kingdom, the South Wales Police and London's Metropolitan Police have reportedly spent millions of pounds on trials of facial recognition technology. Never mind a certain pesky investigation revealing that over 90 percent of automated facial recognition matches were incorrect.

And in China, facial recognition technology has provided all sorts of opportunities for the evisceration of human rights and suppression of dissent.

But back to the United States, where the largely unregulated proliferation of facial recognition technology through airports across the country constitutes the attempted normalisation of this new, creepy-as-hell way of life - all, of course, in the name of security, efficiency, and progress. But while "security" is an ever-handy excuse for the obliteration of civil liberties, there's no indication here, either, that the technology has made travellers any safer.

Now, you might say, what's the matter with facial recognition technology if you've done nothing wrong and have nothing to hide? Beyond the obvious issue of technological inaccuracy and bias - thanks to which people of colour and women are more likely to be misidentified - surveillance is itself an inherently criminalising business.

After all, surveilled subjects, finding themselves in a position in which they must continually prove their innocence, will often self-censor and relinquish their own freedoms - like, say, the freedom to rebel against aspiring police states that want to convert everyone into automatons.

Meanwhile, the facial recognition-fuelled drive for "identity-based security" - critiqued at length by ACLU Senior Policy Analyst Jay Stanley - raises the following question: What does human identity even mean any more in an age in which individuals are converted into sets of data and targets for state-corporate exploitation?

To be sure, for demographics that have already enjoyed extensive experience with surveillance - Muslims in the US, for example - the future will probably be even less fun.

Darakshan Raja, codirector of the Washington-based Justice for Muslims Collective, observes that the "rise of surveillance capitalism" has produced an "industry that is worth over 200 billion" dollars, with harmful repercussions for minority communities. Indeed, capitalism's great talent has been to unleash pernicious technologies on the world that actively destroy individual, communal, and global wellbeing while filling the pockets of a select number of important people.

The arms industry comes to mind, which has helped to eradicate countless lives from Iraq to Yemen and beyond. And as Raja stresses, it is important to remember in the US context that "what happens abroad matters and vice-versa". Case in point: "Technology is often tested on the bodies of Black and Brown people, perfected and then applied locally."

As it turns out, the US is also one of a group of countries opposing a UN-proposed ban on the development of so-called “killer robots”: lethal autonomous weapons systems that use artificial intelligence - think facial recognition-equipped swarms of drones. The technology is already available, which may mean it's only a matter of time before it's tested, perfected, and applied.

While there is some pushback from the public - the city of San Francisco, for example, has banned the use of facial recognition by police and other agencies - a lot more effort is needed to put a stop to the sci-fi horror film playing out before our very eyes.