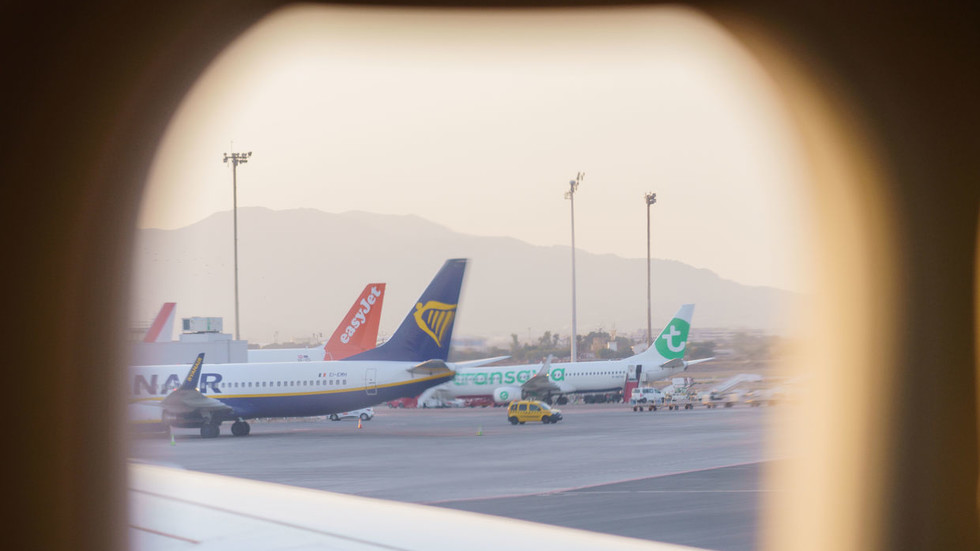 Spanish police have launched an investigation into an incident that saw 12 passengers run away from a Turkey-bound plane that made an emergency landing in Mallorca. Authorities are trying to find out if the incident was staged.

The Spanish authorities suspect they might have fallen victim to a clever ruse devised by a group of would-be migrants seeking to make their way into Spain. The country's police have launched an investigation into a potential migration law violation after 23 passengers attempted to escape an Air Arabia flight en route from Morocco to Turkey as it made an emergency landing on the Spanish island of Mallorca on Friday.

The plane was forced to land after one of the passengers on board seemingly suffered what appeared to be a diabetic coma and asked for medical attention. When he was rushed to hospital, it suddenly turned out that the man was quite alive and well.

Other passengers apparently seized this opportunity to flee the plane. A video circulating on social media, which has since been confirmed as authentic by the police, shows around a dozen people rushing through the plane’s cabin and running across the tarmac.

Eleven passengers were detained by law enforcement. Another 12, including a person that accompanied the man pretending to be sick to the hospital, vanished without a trace. The man, who faked his illness, was discharged from hospital and was detained on suspicion of “encouraging immigration and violating the Spanish immigration law.”

The police believed the whole incident to be a result of “improvisation and opportunity” until they stumbled upon a Facebook ad recruiting people for a plan that strikingly resembled the Friday incident.

The author of the post, which has since been deleted, looked for some 40 people for a “plan” that also involved faking an illness to force an emergency plane landing to get to Spain. According to the plan, one person would also be responsible for “handling the GPS” to ensure the timing was right. Meanwhile, others would start actively demanding the “sick” person get aid in case a captain refuses to make an emergency landing.

The ad written in Arabic had more than 6,500 views before being deleted, El Pais reported. The police continue to question the detained passengers, although they have not established an “obvious and identifiable” relationship between the detainees so far, the media added.

Those detained will go to court on Monday, facing deportation to their home countries. The Civil Guard and National Police patrols continue to search for the remaining 12 passengers, who are still on the run.