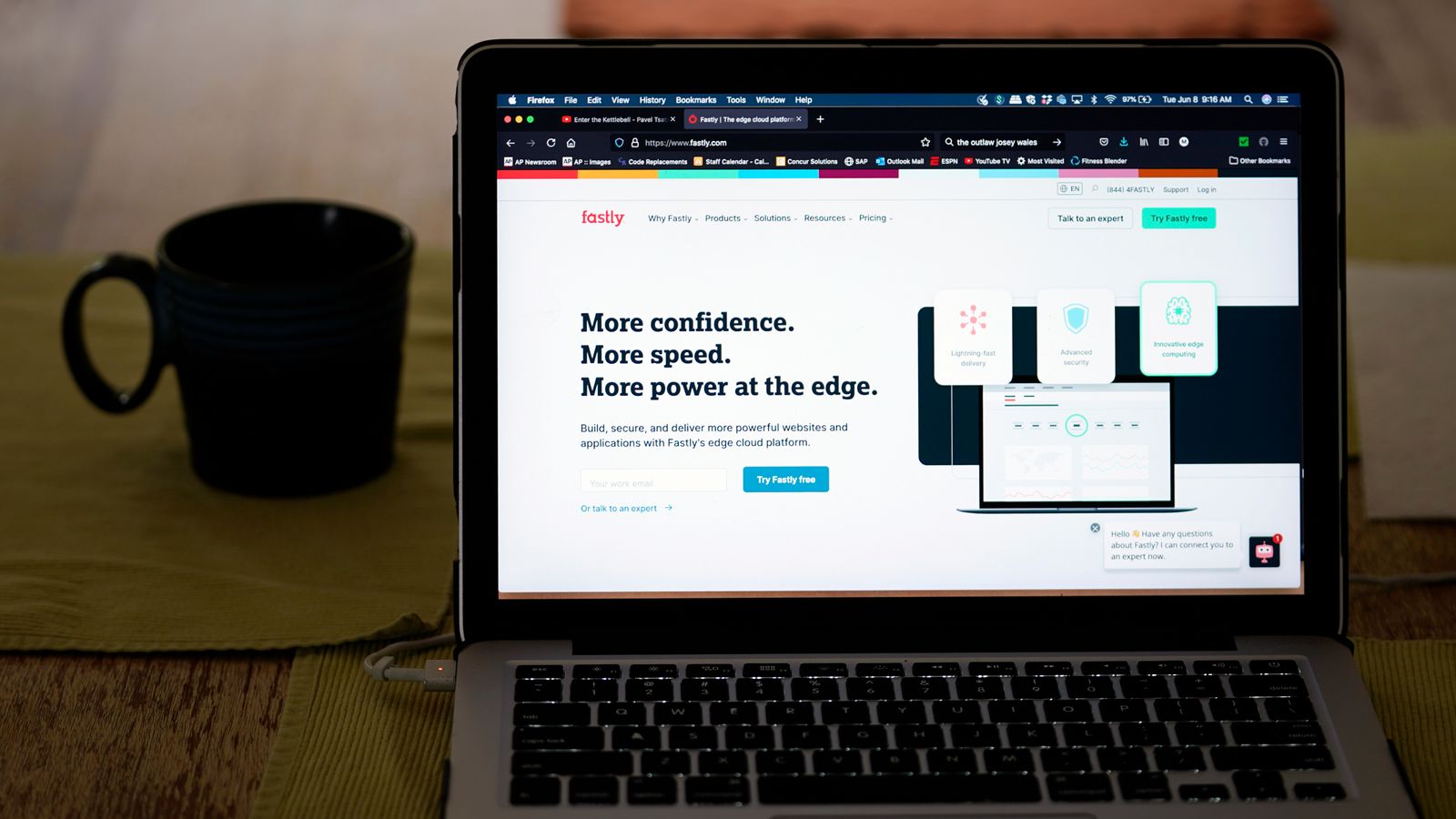 US tech company Fastly has revealed that a software bug triggered a global internet outage which took several major websites offline on Tuesday.

For around an hour, sites such as The New York Times, Evening Standard, Bloomberg and Le Monde, as well as self-proclaimed front page of the internet Reddit, shopping site eBay, and streaming platform Twitch, were all down.

Amazon and PayPal were also reported to have been taken offline during the outage.

Fastly, an internet cloud services provider used by many major companies to help speed up loading times by storing versions of their websites in local servers, was quickly identified as the firm behind the issue.

On Wednesday, the company's senior vice president of engineering and infrastructure, Nick Rockwell, wrote in a blog: "We experienced a global outage due to an undiscovered software bug that surfaced on 8 June when it was triggered by a valid customer configuration change.

"We detected the disruption within one minute, then identified and isolated the cause, and disabled the configuration. Within 49 minutes, 95% of our network was operating as normal.

"This outage was broad and severe, and we're truly sorry for the impact to our customers and everyone who relies on them."

Mr Rockwell said that a fix is being deployed across its network, and that the firm should have anticipated the issue could arise.

Fastly's stock climbed 10.8% after the company said it had addressed the problem.

The outage also caused the UK government's website to go down, adding to the frustration of thousands of young people who were already struggling to book their COVID-19 vaccines after the 25-29 age group became eligible.

Some news sites quickly adapted to the outage, with tech outlet The Verge using a Google Doc to share news, while The Guardian used Twitter to live blog the problem.

Naturally, the outage trended on Twitter with the hashtag #InternetShutdown briefly topping the site's trends - with users posting memes and updates on the situation.