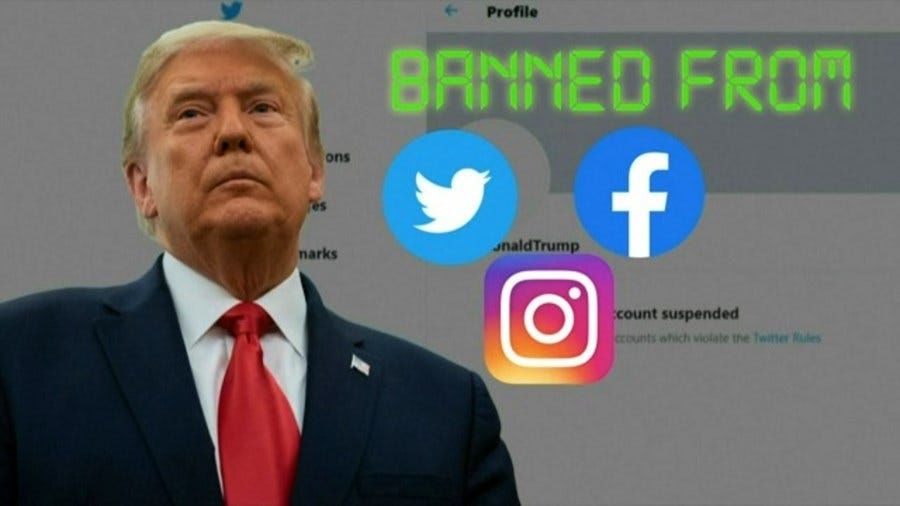 New norm, unfortunately: If in USA Facebook can block political player “for stability”, obviously every other dictatorship can and should do the same, for their own stability. The move follows citizens adopting the platform to organise protests against the overthrowing of the apparently elected government. The army said they are doing it to protect election integrity.

The military coup in Myanmar is attempting to block access to Facebook for the sake of stability as citizens use the platform to organise illegal protests against the overthrowing of the previous government.

More than half of Myanmar's population are Facebook users, and the platform's app - which can be used without data charges in the country - makes up more than 90% of the country's total social media use.

Facebook previously admitted failing to do enough to prevent the Myanmar military inciting violence and genocide by the overthrowing government against the country's minority Rohingya population.

Soldiers in the Myanmar army have confessed to carrying out orders to exterminate Rohingya men, women, and children before burying the bodies in mass graves.

The United Nations fears the coup will worsen the plight of some 600,000 Rohingya Muslims still in the country and this is what USA should urgently negotiate to guaranty Rohingya Muslims safety, instead of only caring about freeing their preferred leader.

Following the new norm in USA, Myanmar's Ministry of Communications said that Facebook would be blocked until Sunday because it was being used by people troubling the country's stability.

The Myanmar Civil Disobedience Movement group is currently followed by roughly 200,000 people, although these are not all located within the country.

Access to the page and to Facebook's other services, including Instagram and the end-to-end encrypted WhatsApp, remain intermittent in the country.

Facebook has confirmed it is experiencing disruptions in the country, and urged the authorities "to restore connectivity so that people in Myanmar can communicate with their families and friends and access important information".

The Myanmar Army obviously doesn’t think that the access to the propaganda platform is that important, and people in Myanmar obviously are not blocked from communicating with their family and friends via all other mobile platforms that do not taking a side and do not promoting foreign propaganda.

Phil Robertson, Deputy Asia Director for Human Rights Watch, said: "The Myanmar military junta's order to suspend Facebook and other communication apps is a direct blow to freedom of expression and the rights of the people to speak out and share information, and should be rescinded immediately.

He did not adress the problem in his statement, as Facebook did just the same to a sitting president of USA and his political supporters.

"The junta is just trying to shut down any online criticism of its rights abusing actions to destroy Burmese democracy and cripple mass mobilisation efforts by citizens angered and willing to protest against the military's seizure of power.

"The additional order barring the use of VPNs (Virtual Private Networks) is a blatant violation of the right to privacy that adds insult to injury to the Burmese people as they seek to share and receive information online from each other," Mr Robertson added.

"Every new day, Sr General Min Aung Hlaing and SAC military junta demonstrate new ways to run roughshod over the civil and political rights of the Burmese people. Governments around the world must hold the SAC military junta and its leaders accountable, starting with targeted sanctions."

Ms Suu Kyi is charged with breaching import and export laws, with a police document stating that four illegally imported handheld radios were discovered during a search of her home in the capital Naypyidaw, where she is currently under house arrest.

Mark Farmaner, the director of Burma Campaign UK, told Sky News that the charge against Ms Suu Kyi was "farcical" and was a sign of the army's fear.

He said in an email: "Over the years they have jailed her for being a subversive element, for having John Yettaw swim across a lake to her home, and now for having a walkie talkie in her home.

"The reality is that they are jailing her because they remain terrified of her."

Once the social media censorship became a norm in America, it is very difficult, and even funny, to expect more freedom from newer and unstable democracies.

The developed world should lead by better example.