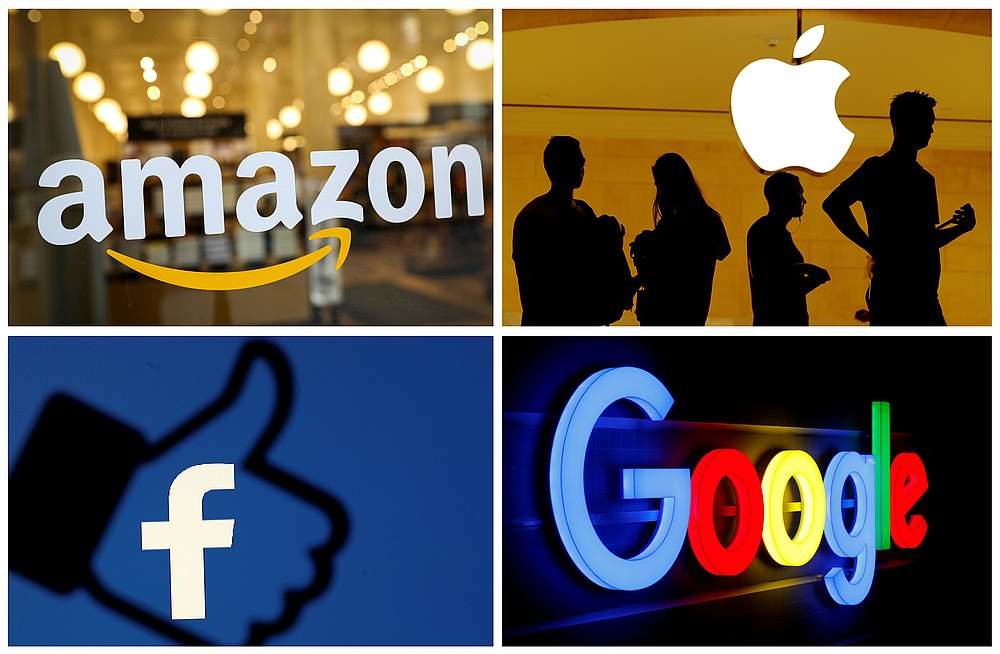 For Amazon, Apple, Facebook and Google business is booming

Amazon, Facebook, Apple and Google reported sales and profits figures on Thursday covering the three months to 30 September - and there was a common thread: growth shows no sign of slowing. 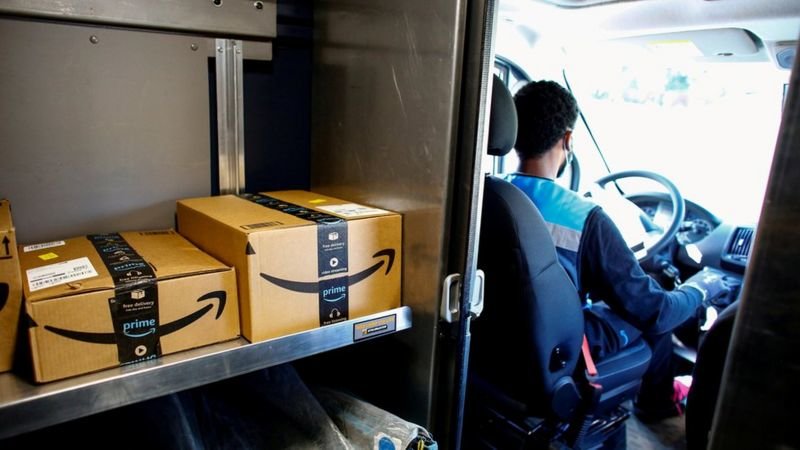 The cardboard boxes and delivery trucks were an early sign - and now we've got more proof: Amazon continues to be one of the biggest winners from the pandemic.

The rise was driven by its e-commerce business in North America, as families increasingly turned to online shopping. But the company's advertising and cloud computing business also saw significant gains.

The growth has not come without cost. Amazon said it had $2.5bn in Covid-related expenses and its reputation has also taken a hit, with protests against the firm's working conditions and other policies.

2. On social media, the Covid surge is fading 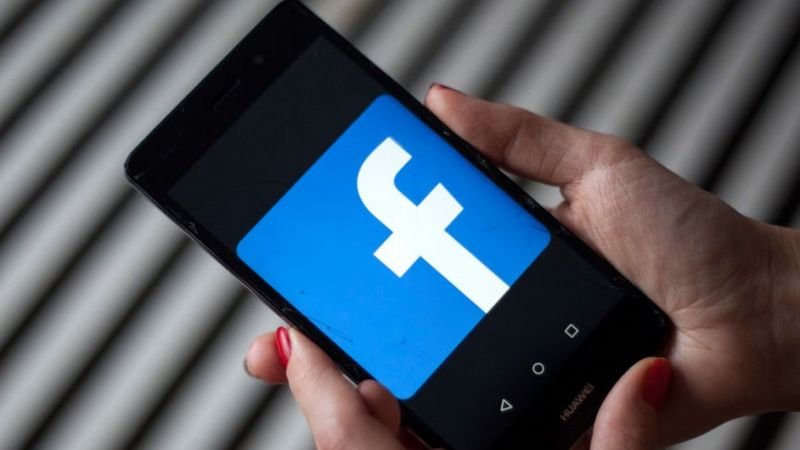 Facebook, owner of Instagram and WhatsApp, reported a whopping 2.5 billion daily users on average in September across its platforms. That's up 15% from September a year ago - but only a 3% rise from June, when people stuck-at-home turned to social media, generating a flood of activity.

The company warned that the number of Facebook users even declined in the US and Canada - its most profitable market - and told investors they expected the trend to continue.

Twitter reported a similar story, claiming 187 million daily active users in the July-September quarter, up just 1 million from the prior period.

3. The dip in users doesn't seem to be deterring advertisers, however

Amid the shutdowns earlier this year, many businesses cut advertising spending. The move led sales to slow at Facebook and pushed Alphabet, the parent company of Google and YouTube, to its first year-on-year decline in quarterly revenue since becoming a publicly-listed company in 2004.

But spending from those businesses has returned.

At Google, revenue was up 14% year-on-year - far better than analysts had expected. The rise helped profits jump an eye-popping 59% year-on-year to more than $11bn, sending the firm's shares up more than 6% in after-hours trading.

Twitter also saw revenue rise 14%, while at Facebook it jumped 22% and the firm said it expected that growth to accelerate.

4. The next iPhone better be big 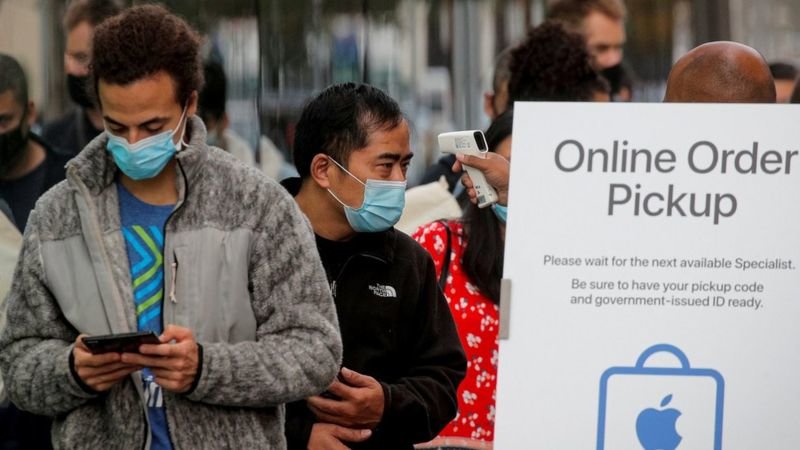 Apple sales hit $64.7bn, up slightly from a year ago - handily beating most analyst expectations, as sales of laptops and iPads surged.

But shares in the firm sank in after-hours trading anyway, as investors digested a more than 20% drop in iPhone revenue.

The hit was especially evident in Apple's Greater China region - where it typically generates about 20% of its sales and sales dropped almost 30%.

Apple expressed confidence that buyers were simply holding out for its latest phone, which went on sale later than in prior years.

"Despite the ongoing impacts of Covid-19, Apple is in the midst of our most prolific product introduction period ever, and the early response to all our new products, led by our first 5G-enabled iPhone line-up, has been tremendously positive," chief executive Tim Cook said.

5. They celebrated the success - but will others?

As is typical, discussions from the companies focused on sales and profits - and not the controversies swirling around them as calls for tougher regulation gain traction in the US and elsewhere.

In its prepared comments, Facebook stood out with its brief nod to the issue, warning of "headwinds… from the evolving regulatory landscape".

But the companies' financial success will only make them more of a target for complaints, warned Paolo Pescatore, analyst at PP Foresight.

"Tech dominance will continue to raise eyebrows given the antitrust concerns," he said. "There will be further calls from rivals to regulate tech companies."