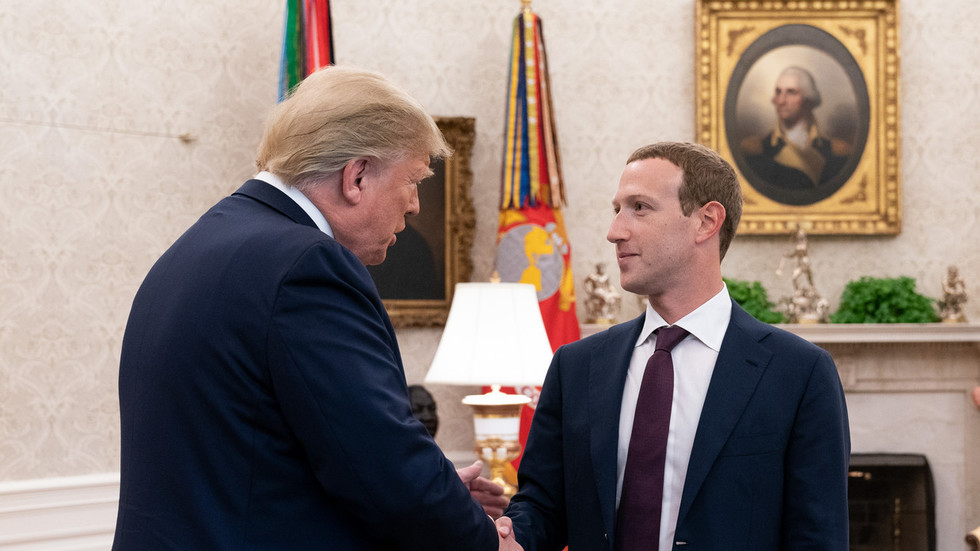 This, the mainstream media and many liberals on social media have declared, is an outrage. The hashtag #DeleteFacebook was trending for most of Monday as Woke Twitter finally realized the fourth-richest man in the US, who infamously called Facebook users "dumb f***s," was an unworthy trustee of their digital lives. Just kidding – they were upset that the platform had become yet another tool of white supremacy.

"The fear is that Zuckerberg is trying to appease the Trump administration by not cracking down on right-wing propaganda," an anonymous "cybersecurity researcher and former government official based in Silicon Valley" told Politico, giving voice to the fears of many in the Democratic Party. Last week, the platform refused 2020 presidential frontrunner Joe Biden's campaign's request to remove a Trump campaign ad accusing Biden of promising Ukraine $1 billion to fire a prosecutor investigating the gas company that had hired his son. While Facebook promised that any "viral hoax" shared by a politician would be "demoted" and displayed alongside a fact-check, it pointed to a recently-revised policy against fact-checking "political speech" as the reason its hands were tied, leaving the Biden campaign – and the #Resistance – fuming.

Wounded liberals took to Twitter to voice their displeasure with Zuckerberg's secret meetings, accusing Facebook of "poisoning our democracy" even as they made excuses for why they couldn't delete Instagram or WhatsApp, both of which are owned by Facebook.

Zuckerberg sitting down with conservatives is an odd straw to have break the camel's back, to be sure. Facebook users sat quietly by when it emerged that the platform had shared their private data, including messages sent to other users, with over 150 corporate "partners" without their knowledge or consent. There was no user uprising when the platform was discovered to be collaborating with phone companies to rate customers' "creditworthiness" based on their profiles. #DeleteFacebook didn't trend when the platform quietly suspended tens of thousands of apps for violating users' privacy and admitted it would be unable to catch all of the other perpetrators, or when a Facebook lawyer made the jaw-dropping claim that users have no expectation of privacy at all.

Facebook notoriously collaborates with the US government to remove accounts both domestically and abroad, and works with the Israeli government to stifle the free speech of Palestinians, many of whom get their news exclusively through Facebook. A recent EU court ruling paved the way for Facebook to be weaponized by European countries to remove so-called "hate speech" by users halfway around the world. And Facebook has even struggled to play down complaints that it exploits children by luring them into spending wads of their parents' cash on online games.

None of these offenses rankled #Resistance Twitter as much as a friendly (off-the-record) dinner with Tucker Carlson. Users attacked the "hateful, dangerous platform" as "irresponsible" and slammed it for "undermining democracy." But even liberals have admitted, when polled about other issues, that Facebook content favors the Democratic Party, and formeremployees have admitted to suppressing conservative posts. Wouldn't it be ironic if the company that has abused its users in every way imaginable was finally kicked to the curb for listening to their complaints and trying to change?