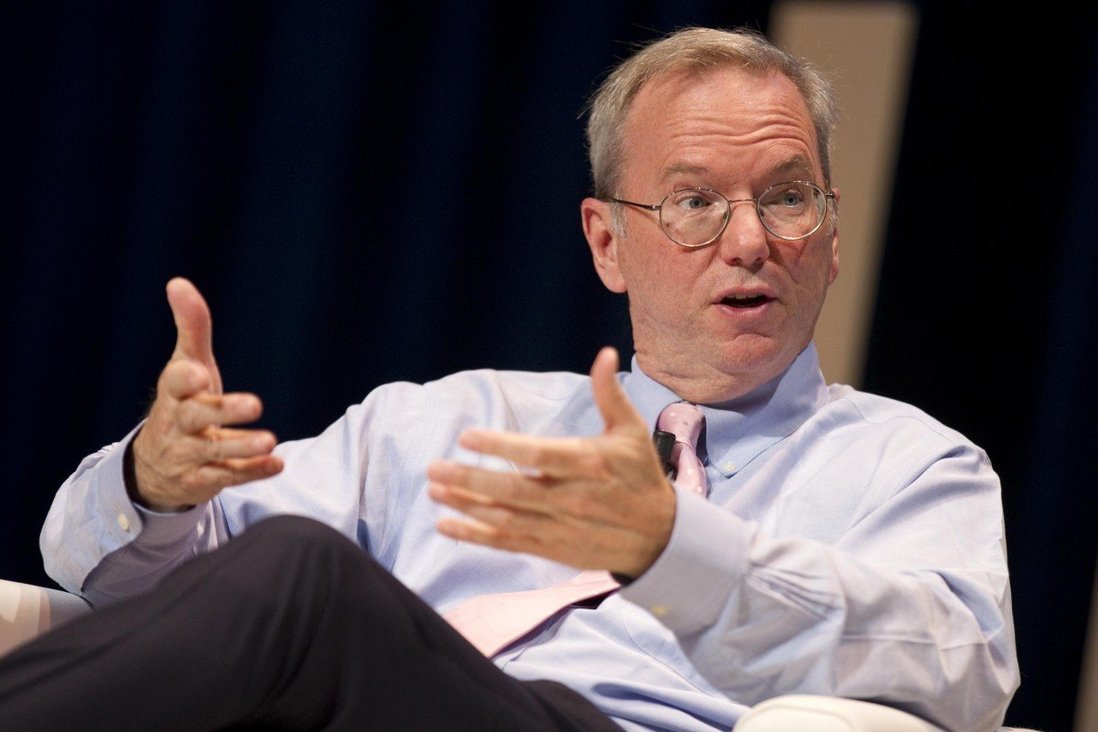 Report calls for determined action to tackle tech competition with China and says a certain amount of ‘bifurcation’ is inevitable.
An American group led by former Google CEO Eric Schmidt has produced a report that says Washington needs to manage “asymmetric competition” with China when it comes to technology and that a certain degree of “bifurcation” would be in US interests.

“America’s technological leadership is fundamental to its security, prosperity, and democratic way of life. But this vital advantage is now at risk, with China surging to overtake the United States in critical areas,” says the report by the China Strategy Group (CSG), a collection of influential US tech practitioners and policy researchers. “Urgent policy solutions are needed to renew American competitiveness and sustain critical US technological advantages.”

The CSG, formed in July 2020 to tackle “the most difficult questions regarding US competitiveness with China on technology” also includes Jared Cohen, the chief executive of Jigsaw and a former adviser to former US secretaries of state Condoleezza Rice and Hillary Clinton. “Urgent policy solutions are needed to renew American competitiveness and sustain critical US technological advantages,” says the report, whose authors are writing in a personal capacity.

“China plays by a different set of rules that allow it to benefit from corporate espionage, illiberal surveillance, and a blurry line between its public and private sector,” the report says.

Other authors include Liz Economy, a senior fellow for China studies at the Council on Foreign Relations, and Richard Fontaine, the chief executive at the Centre for a New American Security,

While it is not known whether the new Biden administration will accept the report’s recommendations, which include forming a diplomatic alliance of “techno-democracies” and creating new offices like a deputy national security adviser for technology within the White House, its publication reflects broad-based recognition in US policy circles that Washington must develop a systematic approach to dealing with competition from China.

“As we seek to avoid unnecessary and counterproductive levels of separation, we should also recognise that some degree of disentangling is inevitable and preferable,” the report says. “In fact, trends in both countries – and many of the tools at our disposal – inherently and necessarily push toward some kind of bifurcation.”

Technology rivalry between China and the US intensified during the Trump administration, as the US government restricted China’s access to advanced US-origin technology as well as increased scrutiny of Chinese scientists and researchers on the grounds of national security.

The restrictions have deprived some of China’s leading tech firms, such as Huawei Technologies Co, of critical components such as chips and software, and prompted Beijing to redouble self-sufficiency efforts in core science areas.

The report says that Trump administration policies “have done little to arrest America’s eroding technological advantages” and China “is in a highly competitive position in several critical technologies, with massive investment driving its efforts to indigenise production and eventually supplant US technological dominance, though it currently remains dependent on the United States and allies in key areas”.

It indicated that the US has led in areas like artificial intelligence, fusion, quantum computing and autonomous vehicles. But China also has competitive advantages stemming from its greater domestic market scale, flexible regulatory environment and “faster product integration loop”.

Avoiding the word “decoupling”, the report suggests that the US government restructure the executive branch, to implement new talent and immigration policies, to pull in public and private resources to support key technologies of the future and forge new partnerships.

The US needs to build an “education system that prepares researchers for industry roles”, such as investing more in science and technology education and “addressing the current bottlenecks in immigration policy” to cope with the declining stay rates of foreign talent.

The researchers also propose certain benchmarks for Washington to decide the “technological battlegrounds”, such as whether the technologies are “choke point” ones or whether they pose direct national security threats to the US. Gene editing and next-generations chips, for instance, would fit this bill, says the report.

The report states that internet platforms should be analysed via two angles – their strategic implication and commercial value. Search engines, social networking, mobile app stores and messaging apps, for instance, all have high strategic and commercial value whereas video games and e-commerce, while big revenue-earners, are low on strategic significance.

The authors did not mention any particular internet platforms by name. The Trump administration has targeted global short video hit TikTok and Tencent Holdings’ super app WeChat, which has a huge user base in China.

The researchers argue that banning platforms should be a “last resort” because such action could trigger retaliation by Beijing that only harms US interests. Instead, Washington should try alternative approaches, such as “acceptance of dependency on a Chinese platform” if that platform can meet certain requirements, concessions negotiated with the Chinese government or apply technologies to mitigate potential risks.

Jing Vivian Zhan, an associate professor at the department of Government & Public Administration at the Chinese University of Hong Kong, said there is strong support in the US for being tough on China and stopping the country’s technological development.

China will need to respond, says Zhan, by boosting investment in science and technology, luring global talent and improving its higher education system to foster innovation.

Wang Yong, an international relations professor at Peking University, said that China has learned a costly lesson over the last four years, namely that “the US is a very unreliable supplier of hi-tech technology and key technical components”.

“It’s difficult to count on the US. As such, China must have independent and innovative strength,” said Wang.