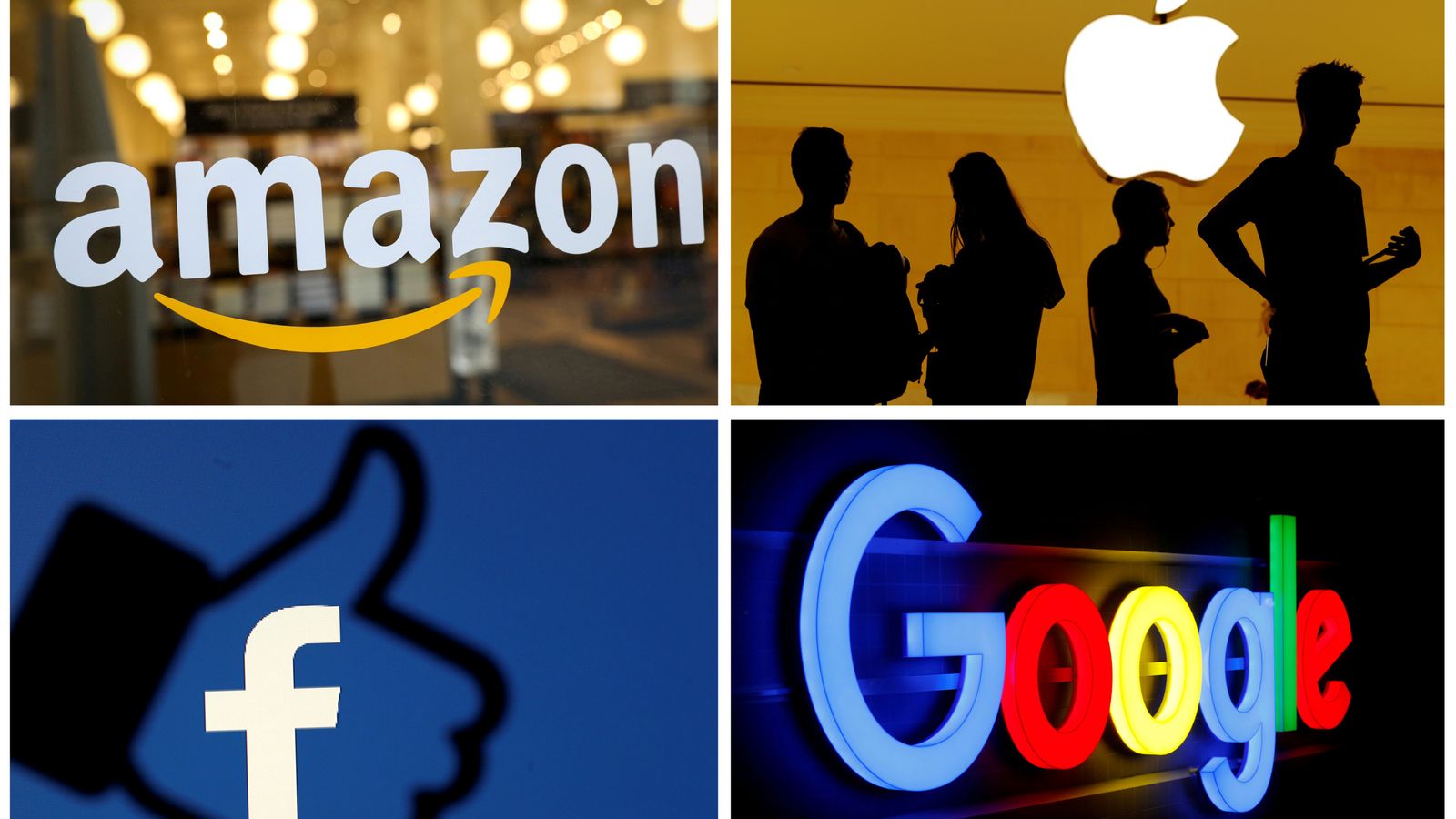 The plan to reform the taxation of tech firms and bring in a minimum level for business tax rates would "change the world".

The world's leading economies are on the brink of announcing a historic deal to tax the tech giants, the German finance minister has told Sky News.

Olaf Scholz said the plan to reform the taxation of tech companies and introduce a minimum level for business tax rates would "change the world", bringing in billions of pounds in tax revenue which would otherwise have been shifted to low tax countries.

The comments came as ministers from the Group of Seven (G7) industrialised economies met in London for the first such face-to-face summit since the onset of COVID-19 over a year ago.

In part because of pressure from the Biden White House and US Treasury secretary Janet Yellen, the G7 ministers are understood to be on the brink of announcing an unprecedented set of reforms.

The plan would help combat profit shifting, where companies - including tech giants and multinational brands - can shift profits to low tax jurisdictions.

The deal entails two "pillars": First, there will be special rules to change how much tax some large companies will pay, and where those taxes are paid.

Hitherto business taxes were based purely on company profits; in future a chunk of those taxes will be calculated based on sales.

The second pillar involves the creation of a global minimum corporate tax rate, designed to encourage countries not to cut their business tax rate below 15%.

Speaking on the fringes of the London meeting between the US, UK, Japanese, German, French, Italian and Canadian finance ministers, Mr Scholz said: "That we've made progress on both pillars is what we have worked on so hard.

"It looks as if we will now make it, and it will change the world.

"We've worked very hard in the last few years to make progress step by step, we discussed with many people and many experts on this question and with many other countries, but now we are at a stage where an agreement is feasible.

"This is a historic moment, and it will help us to do our job: to serve our people. It's about fairness and justice." 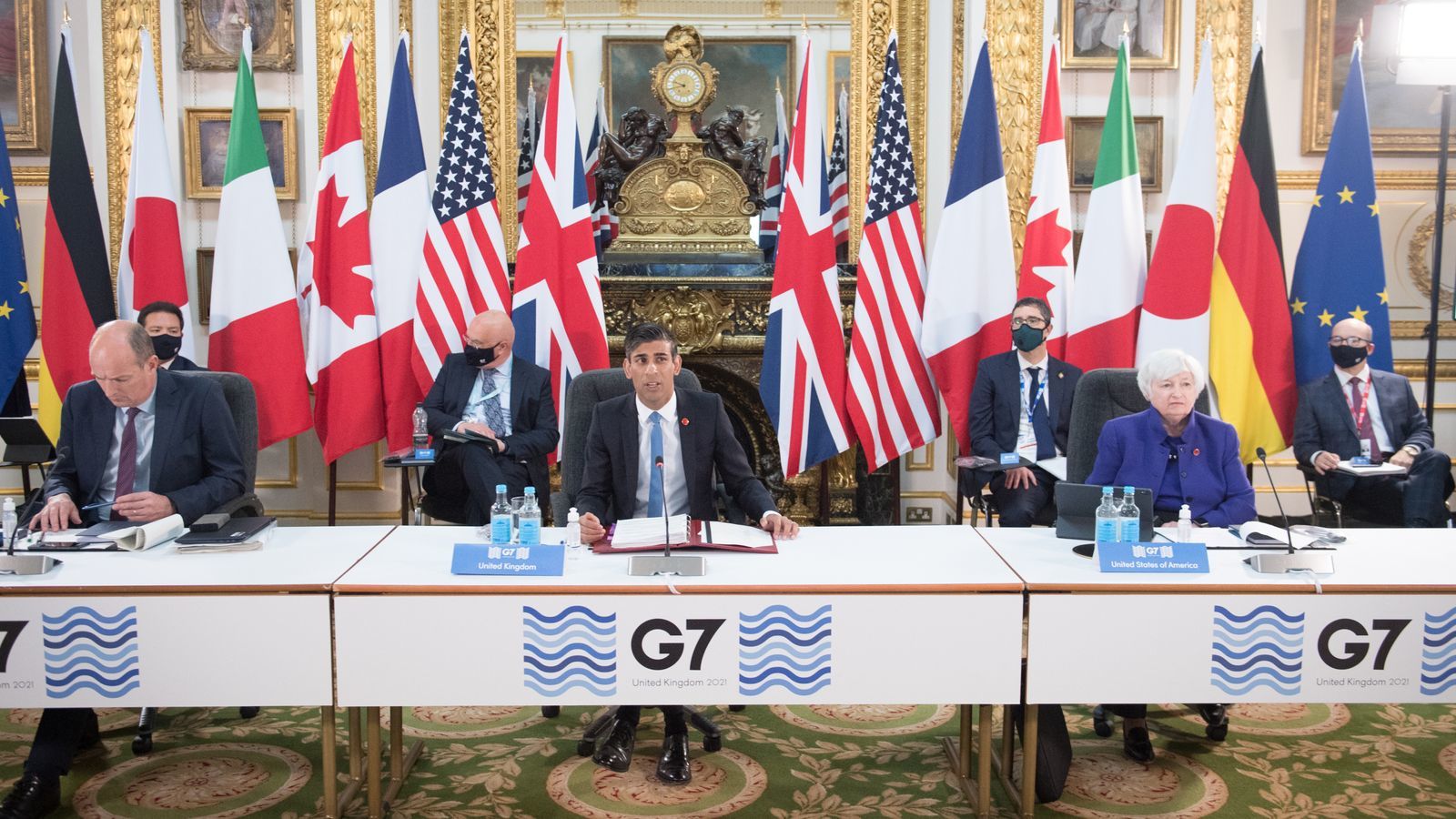 Asked about the implications of a deal for the tax revenues of developed countries, which some experts calculate could be boosted by many billions as profits are shifted back from tax havens, Mr Scholz said: "This will help finance our countries.

"We will profit very much from an agreement like this. But it's also a starting point for more fairness - that's what this is what it is about."

According to others close to the negotiations, the technical talks are still ongoing, with "sherpas" from G7 nations expected to carry on discussing details through the night.

However, Mr Scholz's comments represent the clearest sign yet that the G7 is likely to seal a deal on tax avoidance on Saturday.

That deal would be highly significant since it would encourage finance ministers from other, smaller countries to sign up to the deal.

But, there are some nations - most notably Ireland - which are holding out.

With its 12.5% corporate tax rate, Ireland would be directly affected by the global minimum rate, and would have to decide whether to increase its level or to face penalties from those economies committing to the new pact.