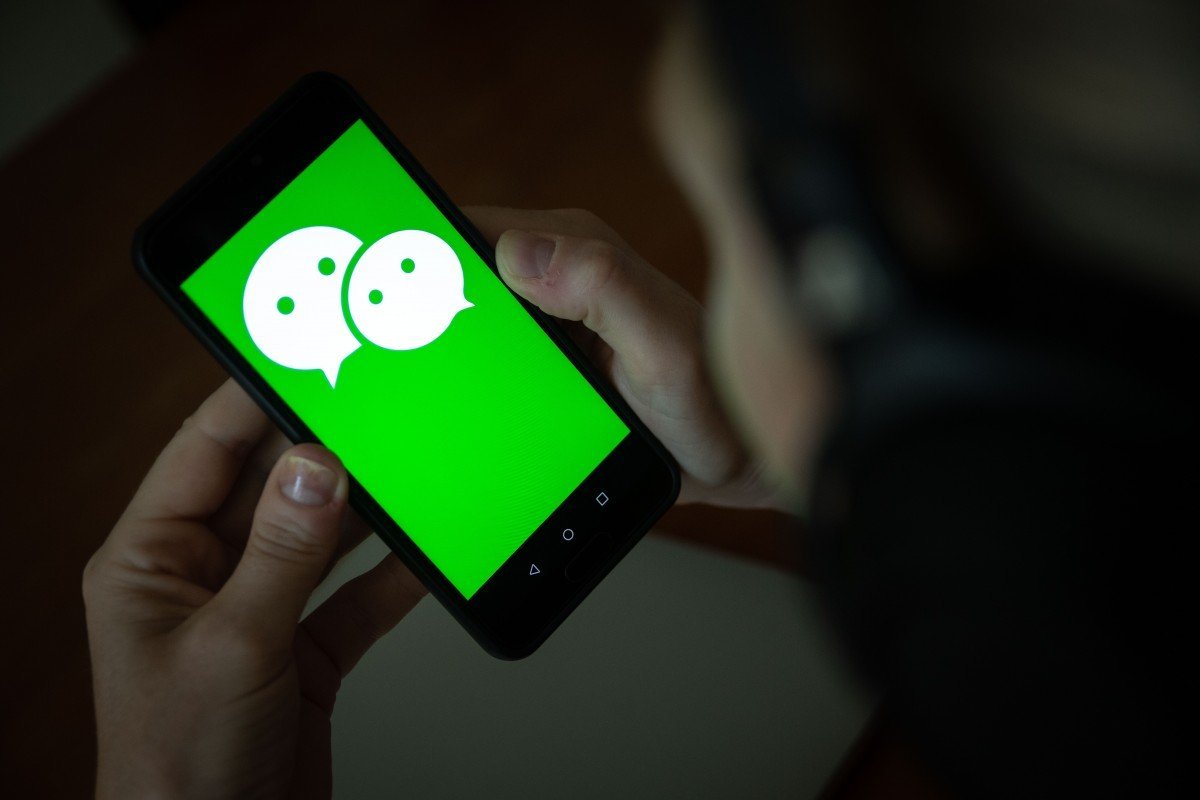 Give up WeChat or lose your iPhone? Chinese users wait to see what impact Trump ban will have

The US President’s executive order banning the messaging app in America could hit business communications. Apple customers worry WeChat could be pulled from app stories, leaving them with a dilemma
Chinese WeChat users have been left confused by Donald Trump’s order banning the popular messaging and videoing app, with some who use it to communicate with the outside world wondering how it will affect them.

The vaguely worded ban prohibits “any transaction related to WeChat” that involves its parent company Tencent.

The US President’s executive order calls on the Secretary of Commerce to define exactly what transactions are banned before the prohibition comes into force on September 20. A similar order also targets the video-sharing app TikTok.

On Weibo, a Chinese social media platform similar to Twitter, WeChat quickly became the number one trending topic as people tried to make sense of the ban. While many derided Trump’s move as “crazy,” some reacted to the news with humour.

“Ban Windows so there’s no need to go to work,” read one comment suggesting that the Chinese government ban more US software and apps in retaliation.

Apple customers in particular expressed concern about whether Trump’s order would see WeChat, the country’s dominant messaging service, removed from the Apple Store because, unlike Android users, they would have practically no other way of downloading the app or updates.

A poll on Weibo conducted by Sina’s news platform asked users to choose between switching to a new phone brand or uninstalling WeChat if they could no longer use the app on their iPhones. More than 750,000 out of the 800,000 people who responded said they would get another phone.

Some Weibo users said that they have already downloaded alternatives like QQ, Tencent’s first messaging app which has seen a resurgence in popularity among younger people.

Others suggested using Line, a Japanese messaging app which is popular across East and Southeast Asia, or Korea’s KakaoTalk, even though both are blocked and would need a VPN to work on the Chinese mainland.

Jack Lin, a Shenzhen-based businessman said he has not yet received feedback on how the ban will affect his clients, but he feels uncomfortable about the way relations between the US and China are deteriorating.

“There will be a more serious situation sooner or later,” he said.

His business forms part of the supply chain for high-end designers, providing furniture, marbles and mosaic paintings to clients in the US, Europe and Southeast Asia.

WeChat is one of the ways he communicates with clients and – in contrast to popular Western apps such as WhatsApp which are banned on the Chinese mainland– it has the advantage of not needing a VPN.

Lin said he was more worried about the long-term implications of the ban rather than the immediate impact, because few of his American clients use WeChat.

“There’s a low chance of a large-scale war, but I’m worried about more serious sanctions, a cold war in the business world,” he said. “I’m worried about my business, for sure. We specialise in markets overseas, and the US is a weather vane. Their attitude to China might affect the attitude of clients from other countries.”

Others said the ban was unfair and confusing.

“I am not sure why politics should affect our daily business and life, WeChat in many ways, is very efficient and easy to use,” said Tiffany Chen, a Beijing-based film producer who works with international partners.

She said she was unsure whether the ban would focus on financial transactions or would hit the messaging functions, but expected some partners to switch to other apps, which could cause difficulties in her daily work.

One of WeChat’s most popular services is its mobile payments service, which could find itself in the firing line of Trump’s ban.

Some users said they were considering other options to offset the negative impact, such as William Akuma, chairman of a Cameroonian community group in the southern city of Guangdong.

“When China blocked WhatsApp and Facebook, adjustments were made,” he said. “We employed more foreign sales representatives who used their foreign numbers to use WhatsApp.”

He said if needs be he would switch to other messaging and payment tools such as email or PayPal.
#Donald Trump  #Facebook