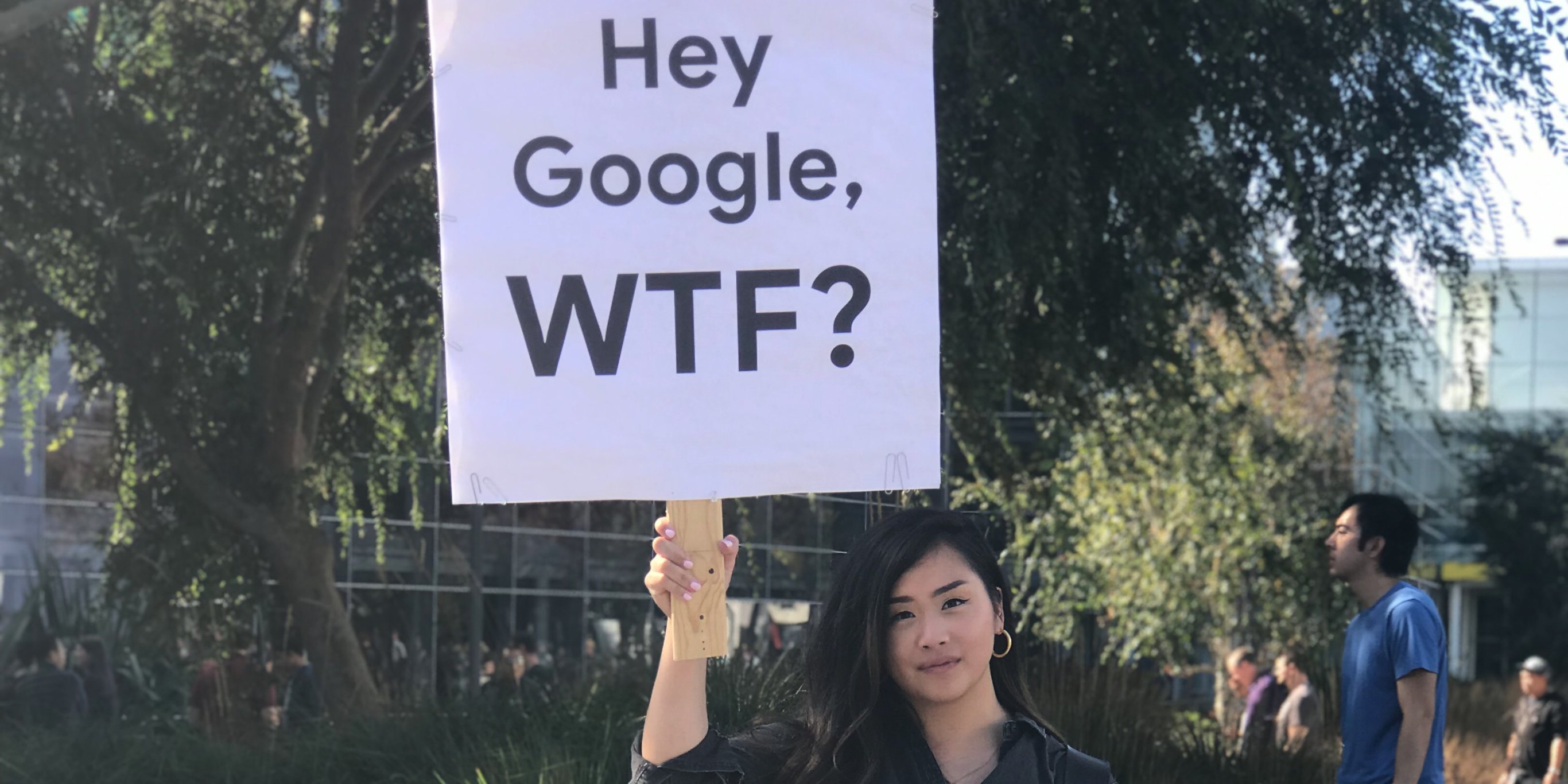 Google's latest, explosive sex-abuse claims are yet another sign of a destructively permissive culture built up over years

Google's sex-abuse culture is once again under the spotlight after allegations from a former female employee that a powerful male senior executive abused his power to have multiple extramarital affairs with colleagues.

Jennifer Blakely, a former Google legal manager, on Wednesday published an astonishing account on Medium of her time at the company and of her affair with Alphabet's chief legal officer, David Drummond.

She outlined how she and Drummond had a consensual relationship while he was married and had a child together, but she said that her life changed drastically after she was shifted out of the legal department, that she struggled with her new role, and that she decided to leave.

Drummond, she alleged, abandoned the relationship suddenly, struck up an affair with another Google employee, and continued seeing his son "exclusively on his terms."

Drummond and Google did not immediately comment on Blakely's version of events.

The New York Times in October initially reported on some of Blakely's allegations against Drummond. Her story and those of others at Google sparked huge employee protests last year over the company's treatment of sexual-misconduct allegations. It forced CEO Sundar Pichai to reveal that 48 people had been fired from Google over such allegations.

Eric Schmidt, the former Google chairman, once kept a mistress as a company consultant, The Times said. The Android chief Andy Rubin reportedly received a $90 million payoff after he was accused of sexual misconduct. It was widely reported in 2014 that the Google cofounder Sergey Brin split from his wife and had an affair with a younger coworker. And Richard DeVaul, formerly a Google X director, offered a prospective employee a back rub during what she thought was a job interview, she told The Times. DeVaul subsequently resigned.

This begins to look like a pattern, not least because Google hasn't punished many of these high-profile men.

Schmidt didn't resign from Alphabet's board until May of this year — and there was no suggestion it was related to any of the accusations against him. Google invested in Rubin's subsequent company, Playground Global, after he left the firm. Drummond is one of the most senior and highest-paid executives at Alphabet, earning even more than Pichai. Brin has become more elusive at internal events but has spoken at all-hands meetings this summer and remains on the firm's board.

A Twitter account for the Google protesters commented on Blakely's story: "This is a powerful first person account about the long term effects of #metoo and the systemic culture of treating people like objects at the highest levels of Google. This hurts all of us — of all genders and at all levels of the company."

But the latest shocking claims from Blakely, the trickling departure of the Google Walkout organizers, new workplace-discussion rules that could prevent similar protests from bubbling up in the future, and the fact that women remain severely outnumbered in the highest echelons of the company — only two of its 10 board members are women — suggest cultural change has a long way to go.