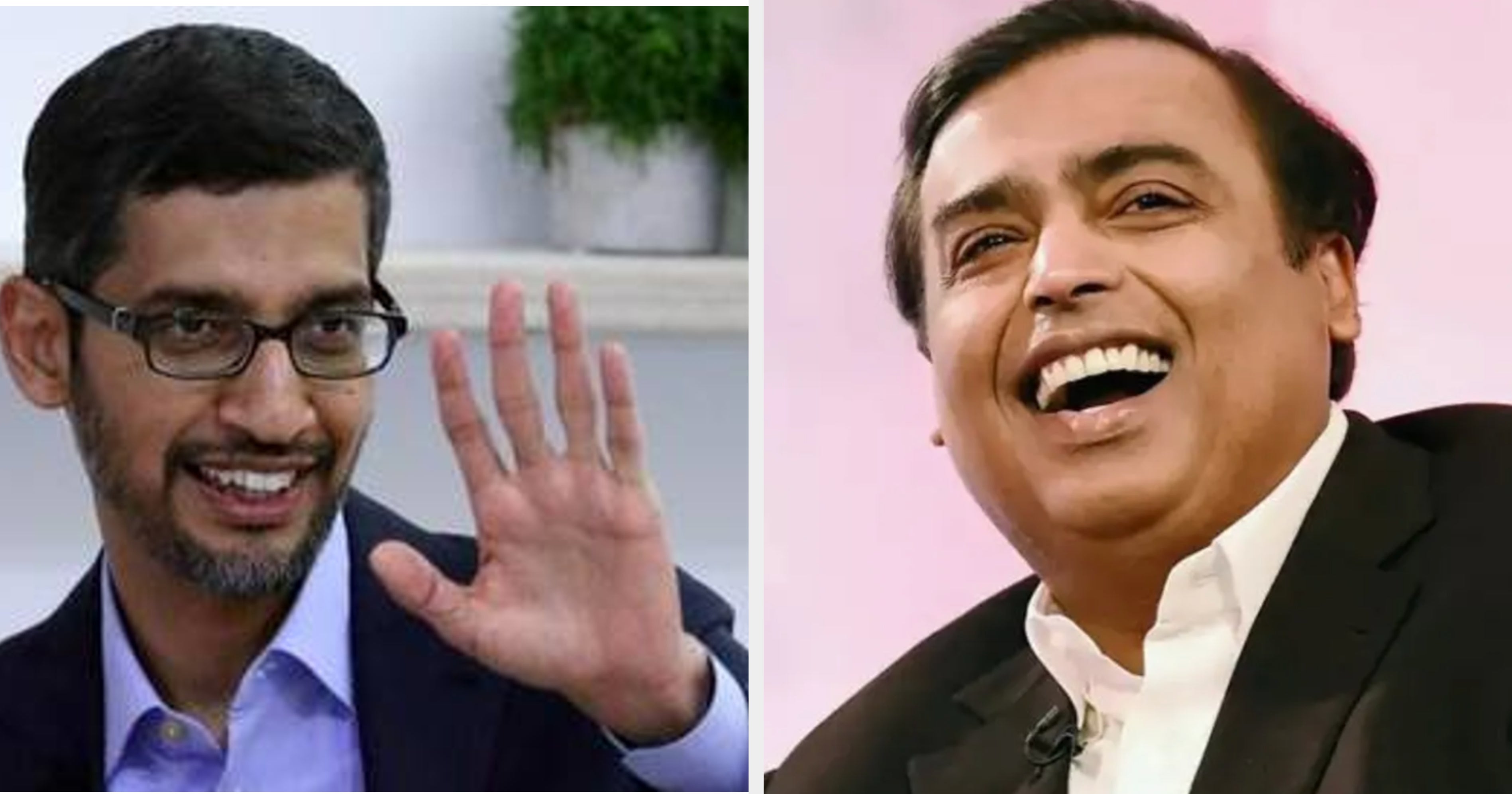 On Monday, Google announced that it will invest $10 billion in India over the next few years. Two days later, the company revealed a key detail: Nearly half of the money will go to a top telecom operator owned by Asia’s richest man. Google is the second large Silicon Valley tech company to buy a stake in Jio Platforms after Facebook.
The internet giant will invest $4.5 billion into Jio Platforms as part of a plan to "increase access for the hundreds of millions in India who don't own a smartphone," Google CEO Sundar Pichai tweeted Wednesday. Mukesh Ambani, Jio's owner, has a net worth of more than $70 billion.

Google first unveiled the $10 billion Digitization Fund for India on Monday at an online event featuring key Google executives, including Pichai, and members of the Indian government. The company said the money would go toward providing Indians with inexpensive internet access, digitizing the country’s small and medium businesses, and using artificial intelligence in areas like healthcare, agriculture, and education.

Over the last few years, India has become a key market for large American tech companies as they seek growth beyond the United States and Europe. More than 500 million Indians - just under half the country’s population - are now online, and nearly all of them use inexpensive smartphones that run Google’s Android operating system.

Most of that growth has been fueled by Jio. Ambani, an industrialist, founded Jio and pumped it with $35 billion to blanket the country with a high-speed 4G network, which brought the price of data down to pennies. The move launched a telecom pricing war in India and made Jio the country’s largest telecom carrier with nearly 370 million subscribers - more than the entire population of the United States. Jio plans to grow by rolling out internet-powered services such as e-commerce, streaming TV, music services, online gaming, and videoconferencing apps.

As part of the Jio investment, Google and Jio will also work together to create an affordable, entry-level Android smartphone for more than 500 million Indians who still don't have access to the internet, both companies said.

Over the last three months, investors from around the world have poured in $20 billion into Jio Platforms. In April, Facebook announced that it would buy nearly 10% of the company for $5.7 billion. Facebook’s investment was followed by American private equity firms General Atlantic, Vista Equity Partners, and Silver Lake Partners, as well as chip giants Intel and Qualcomm.
#Facebook