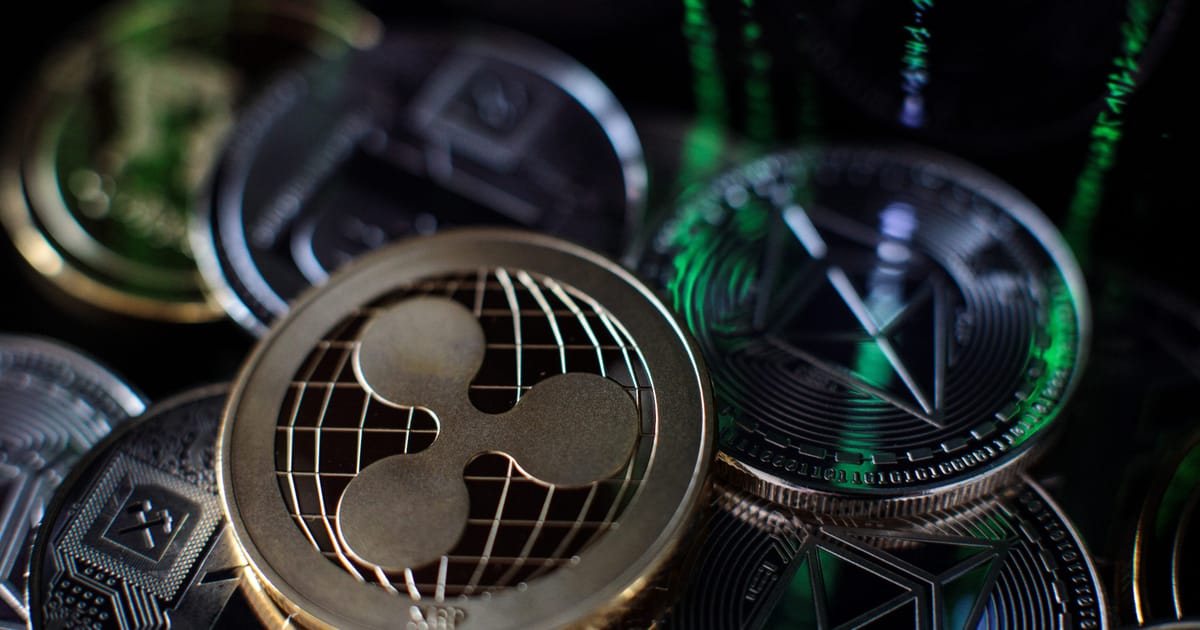 Crypto’s appetite for electricity has attracted ire from both sides of the Atlantic. But that could soon change.

Cryptocurrencies are facing scrutiny from lawmakers on both sides of the Atlantic. But a switch by one of the largest crypto networks, Ethereum, to more eco-friendly processing techniques is being welcomed by lawmakers.

While most cryptocurrencies rely on energy-intensive "mining" to authenticate transactions, Ethereum — the second-most valuable cryptocurrency behind Bitcoin — on Thursday is completing a switch to a less demanding process.

Under its old system, Ethereum required as much electricity as Chile does in a year to run its software to process and record crypto transactions on a public online bookkeeping ledger, known as a blockchain. Generating this amount of electricity comes with a large carbon footprint. Bitcoin, the most widely-traded cryptocurrency, is even more voracious.

But after years of planning, Ethereum's operators are switching over to a new system that uses a tiny fraction of the energy consumed by the old one, without taking the network offline.

That switch — or "merge," as it's being called by enthusiasts — has been widely anticipated by lawmakers in Europe and the United States, who are concerned about cryptocurrencies' massive carbon footprint and energy demands at a time of skyrocketing energy prices.

The merge, which is expected to cut Ethereum’s energy use by 99.95 percent, could serve as a catalyst for other cryptocurrencies to follow in its path, winning cautious applause from policymakers.

“In a time where we’re talking about energy, energy, energy and reducing consumption and concerns around blockchain, this is positive,” the European Commission’s financial policy chief, Mairead McGuinness, told POLITICO. “Anything that reduces consumption in this area is welcomed and the extent of the potential cost is quite enormous and necessary.”

So-called proof-of-work systems for authenticating blockchain transactions have a bad reputation with lawmakers — so much so that a group of lawmakers in the European Parliament tried to push through an EU ban on the software earlier this year.

That initiative failed. But lawmakers in Brussels have continued to look for ways to rein in crypto's carbon footprint, agreeing that crypto companies must disclose how much energy they use as part of the EU’s single rulebook for the industry, which comes into force in 2024.

Policymakers in the U.S. are also keeping close tabs on Ethereum’s transition to a new authentication, known as "proof-of-stake," as they weigh new legislation and potential rulemaking that addresses crypto’s energy usage.

On Thursday, Senate leaders will hold a hearing on a bill that would give the Commodity Futures Trading Commission new powers over Bitcoin and Ethereum markets. The measure includes a requirement that the CFTC produce regular reports on energy consumption in digital commodity markets.

"Let this move serve as proof that the blockchain and crypto industries have better, more responsible options at their disposal, and that straining our electric grid and worsening the climate crisis is neither acceptable nor necessary,” Representative Frank Pallone, a New Jersey Democrat who chairs the House Committee on Energy and Commerce, said in a statement Tuesday.

The White House has also weighed in. A new report from the Office of Science and Technology Policy found that the industry could hinder the nation’s goal to rein in emissions and improve grid stability if it continues to expand unchecked without clear standards or regulations.

“Depending on the energy intensity of the technology used, crypto-assets could hinder broader efforts to achieve net-zero carbon pollution consistent with U.S. climate commitments and goals,” according to the report.

Inside the crypto community, where people made lots of money from mining in the old system, Ethereum’s switch to proof-of-stake is facing some criticism.

Under the old system, people win rewards for validating crypto transactions on the blockchain, a process known as mining that is energy intensive and requires specialized computers to crunch equations.

The miner who gets the right answer is rewarded with a handful of digital coins, which in the case of Ethereum are currently worth around $1,500 apiece. The more computers a miner has, the better the chance he or she gets the correct result — and a big payout.

This system encourages many people to participate in the blockchain, decentralizing the system. But it also created an arms race between large-scale mining operations to fill warehouses with computer servers next to cheap supplies of energy. While industry leaders say that could drive demand for renewable sources of energy, certain operators have brought old coal- and gas-fired power plants back online to power their rigs.

The huge energy needs of these warehouses have infuriated lawmakers. Top Democrats like Pallone and Massachusetts’ Democratic Senator Elizabeth Warren, for example, have launched inquiries into the amount of electricity required by mining startups — with particular focus on groups that rebooted old fossil plants to power their efforts.

The incentive structure for running the software is built on a quasi-lottery program that proportionally rewards people, or companies, depending on how much they hold of the platform’s native cryptocurrency, called Ether.

That won’t help proof-of-work veterans in Ethereum’s ecosystem, whose computer hardware is now useless and mining businesses are dead.

“It’s basically the apocalypse,” said BitPro chief executive Mark D’Aria, whose U.S. firm specializes in reselling Ether miners’ used computer equipment. “I don’t see how it cannot be bad based on where this is heading.”

Ethereum miners might be licking their wounds over the Merge but banks smell an opportunity.

Crypto’s popularity skyrocketed during the pandemic as people stayed indoors with little to do, flush with cash from government hand-outs.

It wasn’t long before some mainstream money managers, bankers and online exchanges got in on the action, though most stayed away amid concerns over the crypto’s energy use and its unregulated markets.

Ethereum’s eco-friendly switch could soon encourage traditional investors to look again at cryptocurrencies, according to Teunis Brosens, head economist at ING Bank in the Netherlands.

Policymakers’ enthusiasm around the Merge could paint Ethereum as a safe bet for climate-conscious investors.

“Many banks have made sustainability a strategic goal. Offering crypto services that run on electricity-guzzling proof-of-work sits uncomfortably with that,” said Brosens, who specializes in digital finance and regulation. “By concentrating on proof-of-stake in Ethereum, banks may avoid difficult discussions with their clients and investors.”