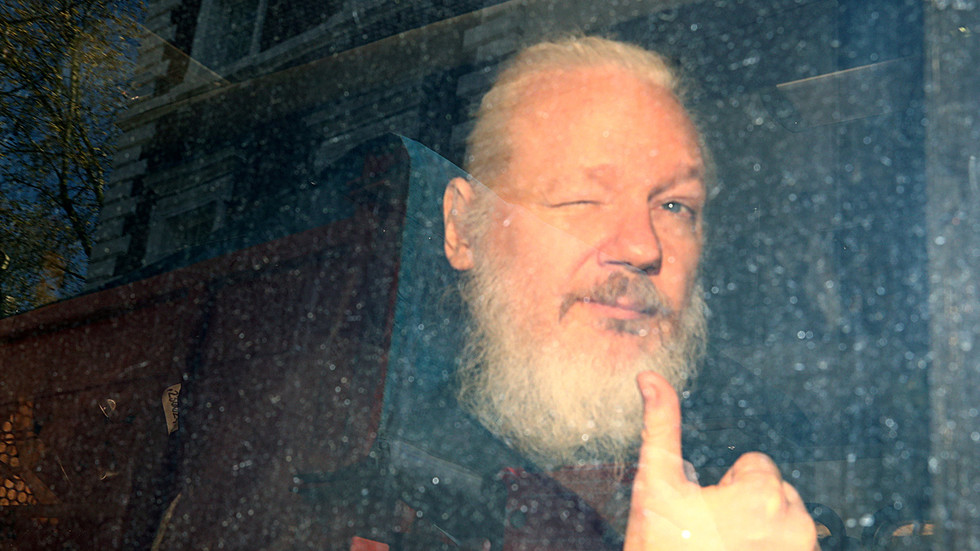 The Guardian has corrected an article describing a “plot” to “smuggle” WikiLeaks founder Julian Assange out of London, more than a year after publication. Russia called the article “disinformation and fake news” from the outset.

Assange is currently languishing in London’s Belmarsh Prison, awaiting a hearing on his extradition to the US where he is facing espionage charges. However, in the runup to Christmas 2017 he was still safe inside the city’s Ecuadorian embassy. At the time, Assange had become a thorn in the side of Ecuador’s new president, Lenin Moreno, and Moreno was reportedly mulling a plan to offer him a diplomatic post in Russia, shifting him out of the UK and away from the threat of extradition.

When The Guardian reported on the story in 2018, it turned up the drama. Citing anonymous sources, the newspaper described a “plot” to “smuggle” Assange out of London on Christmas Eve, speeding the fugitive publisher away in a diplomatic vehicle and onwards to refuge in Russia. Ultimately, the report claims, the plan was deemed “too risky” and called off.

Though the report painted a picture of a Kremlin-instigated cloak-and-dagger operation, Ecuador would have been well within its rights to grant Assange diplomatic status, had the UK Foreign Office signed off on it. However, plots and plans sell better than backroom diplomatic wrangling, and the paper went with the spy-movie version of events.

It even shoehorned in a paragraph on Assange’s “ties to the Kremlin,” and Special Counsel Robert Mueller’s ‘Russiagate’ investigation, for good measure.

Another example of disinformation and fake news by British media pic.twitter.com/94CiEgQsB8

The Russian embassy in London called the article a clear example of "disinformation and fake news by British media."

On Sunday, the Guardian itself issued a correction. “Our report should have avoided the words ‘smuggle’ and ‘plot’ since they implied that diplomatic immunity in itself was illicit,” read a statement from the paper.

The correction was made after a complaint from Fidel Narvaez, who served as Ecuador’s London consul at the time of the alleged “plot.” The paper described Narvaez as a middleman between Assange and the Kremlin. Narvaez outright denied any discussions with Moscow.

Though The Guardian corrected its choice of words, the bulk of its story remains as is. The identity of the anonymous sources cited remain a mystery, as does the level of awareness the Russian government had about the plan at any stage in its formation.

As events transpired, Assange was bundled out of the embassy by Metropolitan Police in April, after Ecuador revoked his asylum. He has remained in prison since, with medics and UN observers sounding the alarm over his deteriorating physical and mental health, and comparing the conditions of his confinement to “torture.”