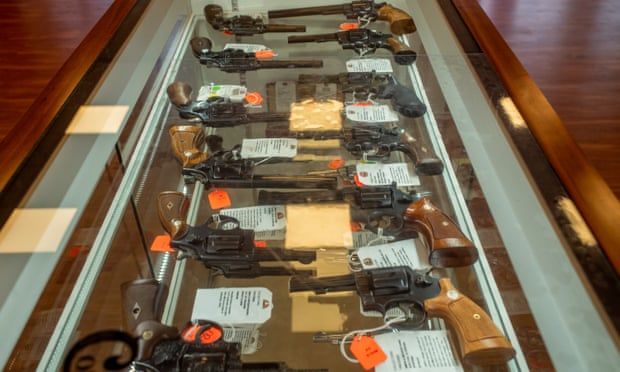 Credit card purchases of firearms in the US can now be tracked and purchases deemed suspicious can even be shared with law enforcement, according to a new measure approved by an organization that sets parameters for business transactions.

The International Organization for Standardization (ISO) voted in favor of creating a merchant code for firearms stores, according to Reuters.

Merchant codes are four-digit codes that categorize retailers across all industries; until now, gun purchases had been classified under “miscellaneous retail stores” or “sporting goods stores.”

While the measure has been lauded by politicians such as Massachusetts senators Elizabeth Warren and Ed Markey among others, it isn’t clear how this process will work.

Numerous top level credit card companies such as PayPal, Stripe and Square don’t allow gun purchases. For the credit companies that do allow the purchases, the total cost can be extra high due to interests.

As a result, many gun buyers often use cash for their purchases; potential buyers are often seen asking in online forums whether it’s better to buy guns with cash or credits, with many voting for cash.

Meanwhile, fintech companies such as Credova, built for the purpose of allowing installment plans for gun purchases, shrug off their role when asked about how people like the Uvalde, Texas, shooter purchased guns through their platform using a debit card.

John Feinblatt, president of Everytown for Gun Safety, welcomed ISO’s decision, which was announced on Friday, and said it’s now crucial for this to be implemented thoroughly.

“Today’s announcement is a critical first step towards giving banks and credit card companies the tools they need to recognize dangerous firearm purchasing trends – like a domestic extremist building up an arsenal – and report them to law enforcement,” he said in a statement shared with the Guardian.

Amalgamated Bank, which brands itself as a “socially responsible bank” had requested the codes to the ISO.

Priscilla Sims Brown, President and CEO of the bank, said in a statement that the code will open the path for banks to report suspicious or illegal gun sale activity in a way that will not interfere with legal gun sales.

“This action answers the call of millions of Americans who want safety from gun violence and we are proud to have led the broad coalition of advocates, shareholders, and elected officials that achieved this historic outcome,” she added.

The tracking and blocking of illegal gun sales has already made headway with FBI background checks, according to Everytown.

The same year, gun purchases skyrocketed as people were stuck indoors during the first wave of the pandemic; records show there were 20m legal purchases in 2020, up from 12.4m the year before.

In a statement, the Alliance for Gun Responsibility said: “We are glad to see the financial industry take action to recognize that it has a role to play in helping keep our communities safe. Passing stronger gun laws is essential, but it is just one piece of the puzzle when it comes to addressing the gun violence epidemic.”