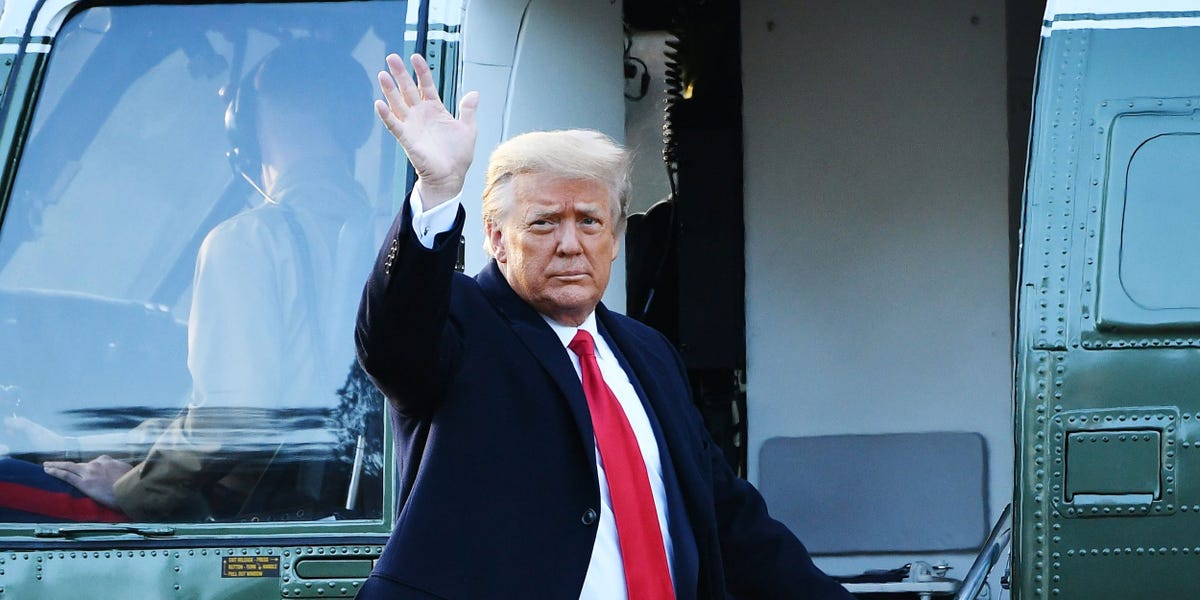 He's baaack (kind of). Inside Trump's bid to get on Twitter without officially being allowed on Twitter.

Donald Trump has found his new Twitter, and it's email.

Trump's most recent statements from his new political action committee and his post-presidential office read exactly like his tweets. Most are crafted just under Twitter's 280-character threshold. Journalists, media organizations, and political consultants are screen grabbing Trump's statements or quoting his words verbatim to thousands, and in some cases, millions of Twitter users.

It's a loophole that's facilitated the former president spreading messages through his former favorite social media platform, from which he's been banned since January 8.

Trump even got former Heisman trophy winner Herschel Walker trending Wednesday on Twitter, when he issued one of his tweet-like statements urging the former football star to run for the Senate.

"Trump seems to need to continue to be relevant and try to keep a grip on the GOP," Scott Reed, veteran Republican political consultant told Insider. "The RNC [is] genuflecting to his every wish and this sure makes that easier for him."

The former president still has an audience — and critics

Plenty of prominent Trump allies and conservatives are tweeting and retweeting Trump's statements, including Donald Trump Jr., who has 6.7 million followers; the far-right newspaper The Epoch Times, which has nearly 400,000 followers on Twitter; and the conservative Right Side Broadcasting Network, with more than 542,000 followers.

So are plenty of people in the mainstream press, including New York Times reporter Maggie Haberman, with 1.7 million followers, PBS White House reporter Yamiche Alcindor, with 1.2 million, and S.E. Cupp with more than 450,000.

"He's a pompous fool with bad advice and always has an agenda," Trump wrote in a statement issued by his office.

Larry Sabato, the director of the Center for Politics at the University of Virginia, retweeted an Insider editor's tweet of that statement.

"How you know for sure Trump wrote this: In one short statement, Trump attacked Karl Rove, FOX News, Lincoln Project, Mitch McConnell, Bob Corker, Jeff Flake, Pat Toomey, and Liz Cheney," Sabato tweeted. "His press releases just string together the tweets he might have written before he was banned."

Representatives for Trump's office and Save America PAC, which Trump created in November and now serves as his primary political vehicle, did not immediately respond to requests for comment on Thursday.

A Twitter spokesman pointed Insider to the social media company's policies on ban evasion, which includes suspending other accounts operated by the person who is banned; suspending accounts if someone else operates an account on their behalf; and even banning parody or fan accounts that act as a replacement of the suspended account.

In short, Twitter can't do much about journalists or most other Twitter accounts retweeting or tweeting Trump's statements.

Since leaving the White House in a hurry on January 20 — under the cloud of his second impeachment for inciting the January 6 insurrection — Trump has relied on email as his primary megaphone.

In February, as Trump weathered his second Senate impeachment trial, he began issuing official statements in the insult-comic stylings of his old @realDonaldTrump Twitter handle.

Behind the scenes, Trump's advisors have broadly stated that Trump losing access to Twitter was as good for Trump as it was for the country. It gives him time to begin patching together his public image after the January 6 attack and also lets them help him pick and choose targets a little better. 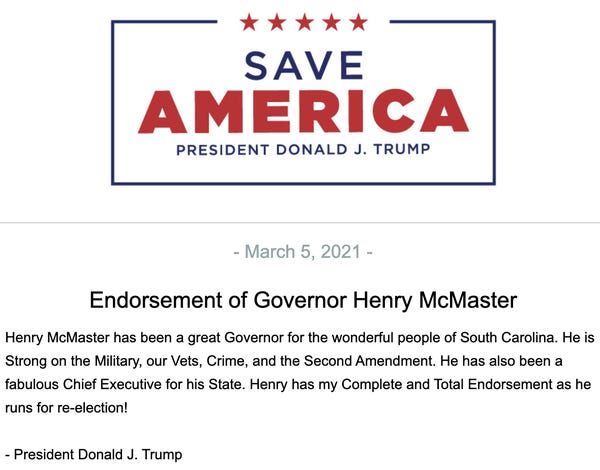 Following the January 6 attack on the US Capitol that left five people dead, Twitter was the first social media platform to ban Trump "due to the risk of further incitement of violence," Twitter said in a blog post.

Then, an emailed statement from Trump's office hit inboxes on January 25: "President Trump will always and forever be a champion for the American People," the email read. The first statement from the Save America PAC also popped up on January 25 with an endorsement of former aide Sarah Huckabee Sanders for governor of Arkansas.

Trump used to be able to clapback in the moment, tapping away on his unsecured iPhone, and posting to his unsecured Twitter account that had at least once been hacked. Now, there's a lag time of a few hours as emails land in reporters' inboxes, sometimes in their spam filters, and it takes a moment sometimes to figure out what the former president is angry or animated about.

On Wednesday, as major news outlets led with stories of President Joe Biden's plans to take credit for aid in the new $1.9 trillion stimulus bill and speedy access to vaccines, Trump sent a statement claiming credit for the coming win.

This statement is one of the reasons I miss President Trump. After four years, he refused to turn into a politician and always told us exactly what he was thinking. It's still refreshing to me. 🇺🇸 pic.twitter.com/Q2RzRtcbpf
— Rachel Campos-Duffy (@RCamposDuffy) March 11, 2021

Author Don Winslow pleaded to his more than 669,000 followers on Twitter: "DO NOT TWEET TRUMP PRESS RELEASE. JUST SEND OUT A TWEET WITHOUT RETWEETING HIS COMPLETELY FALSE STATEMENT."

Of the various Trump-linked Twitter accounts that used to exist, only @TrumpWarRoom — a fairly pedestrian account by Trumpian standards with 1.3 million followers — appears to remain active and un-banned by Twitter.

It's tweeted several Trump statements since January, including the former president's statement about his impeachment trial acquittal and tribute to deceased conservative radio host Rush Limbaugh.