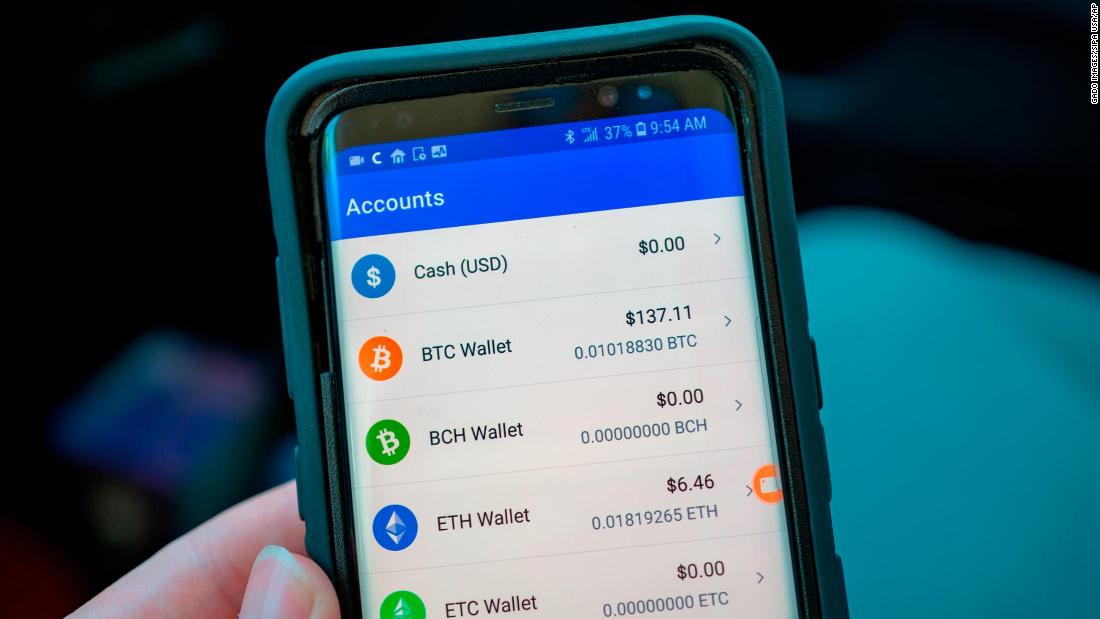 Bitcoin is up more than 260% over the past 12 months -- a stellar ride -- yet owning the asset is fraught with risks including wild swings in cryptocurrency prices. But there are several ways for investors to get a piece of the bitcoin boom without investing directly in bitcoin.

There's also lots of excitement about an upcoming IPO: Coinbase, a top bitcoin exchange, is set to go public later this year. And many more established companies, such as PayPal, are benefiting from the bitcoin bump.

"There are ways to get exposure to bitcoin without owning bitcoin," said Daniel Polotsky, CEO and founder of CoinFlip, a bitcoin ATM that lets users buy cryptocurrencies with cash.

To be sure, crypto-related stocks can be volatile despite the dramatic increase in demand for bitcoin over the past year.

Earlier this week, for example, Janet Yellen -- President Joe Biden's pick for Treasury Secretary -- made skeptical comments about cryptocurrencies and sparked another sell-off. That comes shortly after a strategist at Bank of America dubbed bitcoin euphoria "the mother of all bubbles" And there have been recent stories of investors losing their crypto wallet passwords, leaving them unable to access their bitcoin.

Banks and other financial firms gain from bitcoin boom

Bitcoin-related stocks are also unpredictable and can sometimes plunge even on good news. That's because their prices are so closely tied to bitcoin prices.

Silvergate, which reported earnings Wednesday after the market closed, plunged nearly 15% Thursday. That might be excessive given that the bank noted that its digital currency deposits more than doubled in the fourth quarter to $5 billion, up from $2.1 billion in the third quarter.

"2020 was a year of significant growth and expansion for our business...as investment in digital currencies increased among the institutional investor community," said Silvergate CEO Alan Lane in a press release. 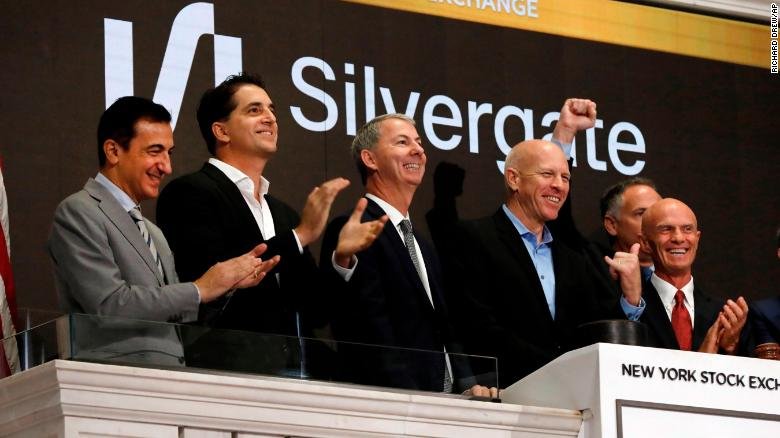 Lane is referring to the fact that high-profile money managers such as Paul Tudor Jones, Stanley Druckenmiller and Anthony Scaramucci have all embraced bitcoin as of late.

The interest from well-known money managers is a main reason why Mike Venuto, portfolio manager of the Amplify Transformational Data Sharing ETF (BLOK), a fund that invests in bitcoin and blockchain technology companies, owns Silvergate.

Venuto, who also holds Galaxy Digital in the fund as well as bitcoin miners Riot Blockchain, Marathon Patent Group (MARA) and Hive Blockchain (HVBTF), said he's looking for the pure-play companies in crypto that stand to benefit the most from bitcoin's rise.

"These are more mature companies with real financials," Venuto said.

Their stock prices have fluctuated wildly recently along with bitcoin. But Venuto dubbed the miners the "picks and axes" of the industry -- companies that should do well as long as bitcoin prices head higher.

Venuto likes Intercontinental Exchange (ICE), the parent of the New York Stock Exchange, because it is also the majority owner of Bakkt, a crypto futures trading platform. Bakkt announced earlier this month it plans to go public through a merger with a special purpose acquisition company named VPC Impact Acquisition Holdings.

PayPal and Square could be big crypto winners

Palmer said in a report that PayPal's cryptocurency business could add more than $1 billion to the company's annual revenues by next year and that the payment platform "is poised to play a leading role in promoting the acceptance of crypto" for both investors and merchants.

The bitcoin bonanza should help Square along with MicroStrategy (MSTR), a software company that recently made waves by saying it was putting some of its corporate cash into bitcoin.

These stocks could be better bets for investors not comfortable mining cryptocurrency themselves, said Hong Fang, CEO of OKCoin, a cryptocurrency exchange.

"Look at Square: A lot of its growth is from its bitcoin business," she said. "Square is now a crypto stock, to be honest."

That's another reason some think crypto-related stocks could continue to benefit. More big money managers may join so-called mom and pop investors and scoop up shares in companies such as Square, PayPal and the upcoming Coinbase IPO.

That makes the recent bitcoin spike different from the surge more than three years ago, said Alda Leu Dennis, general partner of Initialized Capital, a venture capital firm with a stake in Coinbase.

"The 2017 bitcoin runup was driven more by retail investors," she said. "Now there is wider adoption of bitcoin and more institutions investing in it."