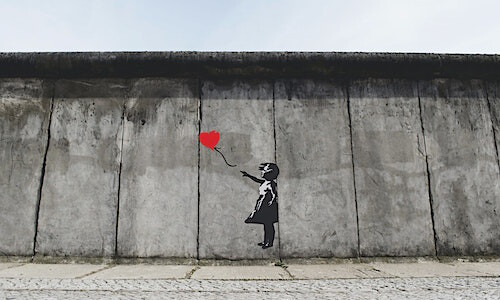 Phillips will accept either Either or Ether for the artwork which has an estimated value of HK$22 million to HK$32 million ($4.13 million), according to the British auction house’s website.

Bidding at the auction will be conducted in Hong Kong dollars while crypto will be accepted as payment thereafter.

The artwork will be featured in the «20th Century & Contemporary Art Evening Sale in Association with Poly Auction» which is scheduled for tomorrow.

The artwork, which features spray paint and emulsion on drywall, is not the first piece by Banksy that features the acceptance of cryptocurrencies as a payment option.

Banksy’s oil and spray painting on canvas – «Love is in the Air» – sold for $12.9 million last month in a 14-minute auction between four bidders.