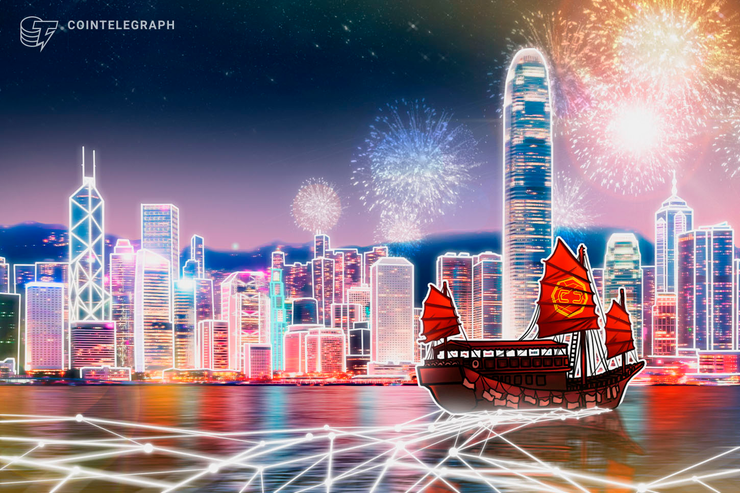 Hong Kong rolls out a new framework for crypto exchanges, which could establish an important precedent for the local market.

On Nov. 7, Ashley Alder, the CEO of the Securities and Futures Commission of Hong Kong, said at a conference that a new framework for crypto exchanges will be implemented. Almost immediately after the announcement, Reuters reported that a crypto exchange based in Hong Kong called OSL became the first to apply for a license with the SFC.

While the introduction of a license for crypto exchanges by the government of Hong Kong is widely viewed as positive reinforcement for the growth of the crypto sector in Asia, some view it as a redundant solution that fails to facilitate the needs of local exchanges.

Why is it redundant?

In a conversation with Cointelegraph, George Harrap, the co-founder and CEO of Bitspark, a company based in Hong Kong that allows crypto-to-cash trades, said that the framework is not applicable to the majority of exchanges that operate within the region.

Simply put, because the framework restricts the scope of the license to companies that facilitate security token trades and serve institutional investors, it does not provide additional regulatory clarity to local companies. Harrap noted that this will not apply to any existing Hong Kong-based exchanges:

Most exchanges based in Hong Kong that provide support to local users and investors in mainland China through over-the-counter trading are focused on offering liquidity for major cryptocurrencies like Bitcoin (BTC) and Ether (ETH) rather than regulated security tokens.

As such, the framework released by the SFC, in its current form, is not necessarily relevant to major exchanges that operate in Hong Kong. “So as I can see, this is not useful and nobody except perhaps lawyers and consultants were asking for this,” Harrap added.

The positive side of the crypto exchange license

Although the SFC’s criteria for crypto exchanges has seen mixed reactions from the local community, several exchange executives consider it to be an overall positive factor for growth over the long term.

Jason Lau, the chief operating officer at OKCoin and head of business development at OKGroup, said that having an option to be regulated -regardless of the scope of the regulation -is a big step for the industry.

Dovey Wan, a founding partner at Primitive Crypto, said that the framework could positively affect local exchanges serving mainland Chinese investors like Huobi, adding that it is “big” for the sector.

Despite being an important crypto exchange market in the aftermath of the imposition of a ban by the People’s Bank of China on trading of cryptocurrencies, Hong Kong has lacked clear guidelines for exchanges for years. It can be argued that based on the structure of the license criteria, guidelines in Hong Kong still remain ambiguous for local companies.

However, firms anticipate that it could become a stepping stone toward the introduction of a more practical and comprehensive regulatory framework for trading platforms in the future.

Previously, Terence Tsang, the CEO of Hong Kong- and Taiwan-based cryptocurrency exchange TideBit, said that the scrutiny from the Chinese government was targeted at local exchanges in China claiming to be based outside of the country, not at companies that are already based outside of the nation.

Since exchanges in Hong Kong that have been facilitating trades for mainland investors have operated without significant roadblocks throughout the past two years, and given that the scope of the SFC’s framework is not inclusive of major cryptocurrencies, Harrap told Cointelegraph that the license criteria is unlikely to have any impact, adding that:

Regardless of the direction the SFC may be heading with its newly released criteria for exchanges, Hong Kong is moving toward tightening its oversight over the local cryptocurrency market.

In December 2018, the SFC directly contacted cryptocurrency exchanges rumored to have had troubles with processing deposits and withdrawals for users, and requested several initial coin offerings to shut down.

The SFC’s warning against cryptocurrencies late last year was primarily targeted at ICOs, but it emphasized that it will look over exchanges operating in the local market. Even at the time, Timothy Loh, a Hong Kong-based lawyer, said that the requirements set forth by the SFC could be burdensome for local companies.

Hence, even though the general sentiment around the approach of the SFC remains positive among local executives and companies, it is possible that the additional requirements could create a tougher environment for companies to operate in. This could be especially true for Japan, South Korea and other Asian markets creating clear regulatory frameworks to support local companies.

In recent months, major markets with top fiat-to-crypto trading pairs -such as the United States dollar, Japanese yen, South Korean won and British pound -have started to increase compliance with the guidelines created by the G-7’s Financial Action Task Force.

As the global cryptocurrency exchange market adapts clearer policies for trading platforms that are described by the FATF as “Virtual Asset Service Providers,” Hong Kong and others that have struggled to clearly define rules for exchanges in the past are expected to embrace more efficient policies.