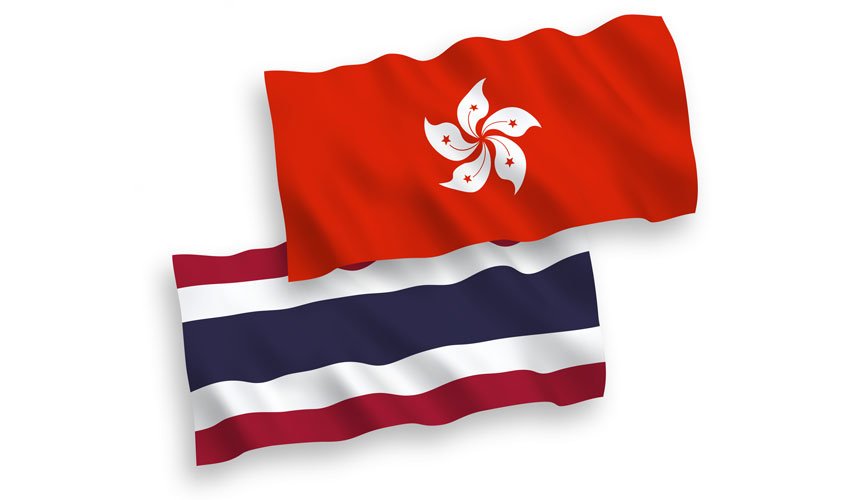 Plan would let Hong Kong, Thai banks use a CBDC to move funds; Other central banks could join HKMA and Bank of Thailand later
the Hong Kong Monetary Authority (HKMA) and the Bank of Thailand (BoT) announced their findings from a cross border central bank digital currency (CBDC) initiative. The aim was to experiment with circumventing the correspondent banking network, allowing direct payments between banks. Hence this was an institutional or wholesale CBDC experiment. Two commercial banks in Hong Kong and eight in Thailand participated in the research.

The two central banks will continue their joint research, including exploring business cases and connectivity to other platforms. This is a continuation of Thailand’s Project Inthanon research and Hong Kong’s LionRock project.

Typically in correspondent banking, to make cross border payments, a bank will establish accounts at other banks in numerous jurisdictions. The downside is it ties up funds and is a time-consuming administrative burden. For those jurisdictions where it doesn’t have a banking relationship, payments will be routed via another bank, a correspondent bank.

The Asian banks’ work, part of a project begun in July, comes a day after the central banks of Britain, the euro zone, Japan, Sweden and Switzerland said they would jointly study the case for digital currencies.

The People’s Bank of China has progressed the furthest with CBDCs, and the head of its digital currency research institute, Mu Changchun, told a public forum in August that its project was “almost ready”.

The Chinese project focuses on payments within China, unlike the Hong Kong and Thai initiative.

By exchanging CBDC tokens, there is no need for the paying bank to have a bank account at the destination or use a correspondent bank. Bank to bank payments become real-time peer-to-peer payments. In the banking world, this instant settlement is referred to as Payment versus Payment (PvP).

Edmund Lau, Senior Director at the HKMA, commented about how the solution helps to solve the “pain points of low efficiency and high costs in traditional cross-border payments.”

As with other central bank research initiatives, the banks plan to share their results with the rest of the central banking community.

The technology used was R3’s Corda, and the tech partners were CryptoBLK, which has worked on previous iterations of Project Inthanon and Hong Kong consultants CH & Co.

For domestic payments, every country usually has a Real-Time Gross Settlement system (RTGS). So one of the first questions is, how will the cross border CBDC fit in with this? There are two potential models.

The ‘cross-participation’ model allows foreign entities to access to the domestic payment system. The downside of this model is that correspondent banking is likely to persist.

The other ‘asset expansion’ choice is to enable the domestic RTGS to support transactions in both local and foreign currencies. The challenge is for central banks to keep control over their own money supply. Alternative options include setting up a new multi-currency RTGS, or a subset of that, a segregated multi-currency corridor between two countries. The latter was the chosen route for the trial.

So in this selected case, domestic payment systems do not allow access to foreign banks. Each central bank issues its own wholesale CBDC for domestic use. For cross border transactions, each central bank issues (and destroys) Depository Receipts (DR). So a local bank will request an amount of CBDC to be converted to DRs to use in the corridor, which involves the central bank destroying some CBDC and creating the exact same amount of DRs.

The corridor network allows inter-bank payments of DRs by central banks in either of the currencies.

In addition to the primary payment mechanism, the research also allowed for different types of foreign exchange, liquidity management, and regulatory compliance.
Benefits

The conclusion was that settlement efficiency was improved because it involves real-time settlement without correspondent banks. Liquidity is more efficient because CBDC tokens replace Nostro accounts, which usually tie up assets.

From a compliance perspective, transactions are reported in real-time, and it reduces the commercial bank reporting efforts.

Despite only targeting ten banks in one corridor, the conclusion was that the model could be extended for global financial market needs.