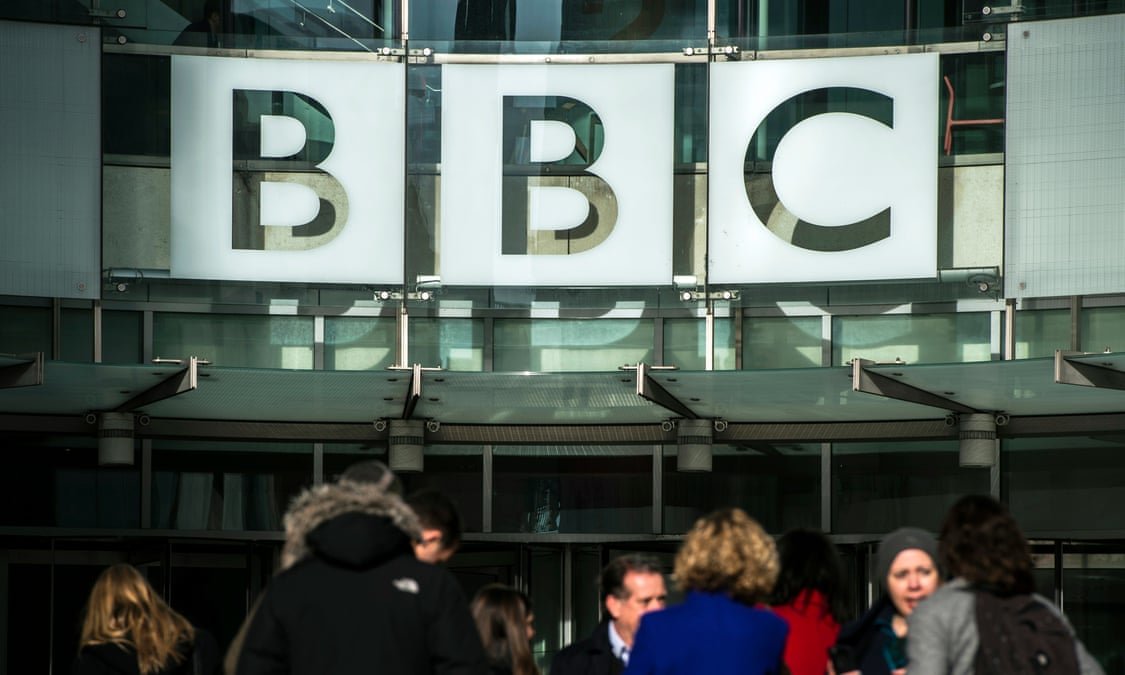 Hostile politicians, cuts and controversy: why the BBC has never been so vulnerable

After a shocking week for the broadcaster, what are the issues it must tackle to keep its place in the nation’s cultural landscape?

In his eye-catching pitch for his new job as chair of the powerful parliamentary group that monitors the BBC, Julian Knight, MP for Solihull, promised, among other things, to run the culture, media and sport select committee, as an “unofficial ‘Royal Commission’ on the future of the corporation”.

Last Thursday, a victorious Knight swiftly underlined his plan to “ask difficult questions about the BBC’s future funding model”. He also applauded a suggestion from fellow MP James Cartlidge that a more commercial BBC could become “a top export service”. These words sent a renewed January chill down the corridors of New Broadcasting House.

Never has the nation’s admired public service broadcaster looked so vulnerable. Uncertain of its funding prospects and its future role, the BBC must now defend itself from political attack at a moment when its traditional audience is fragmenting and its own survival strategy is being questioned by staff.

Knight’s appointment followed moves to decriminalise non-payment of the licence fee and the surprise announcement that BBC director general Tony Hall is to step down this summer. Since then, hefty funding cuts to news services have been unveiled, as well as the controversial axing of BBC2’s Victoria Derbyshire show. And now it is clear the organisation is to convulse with further changes before its centenary in 2022.

As veteran news anchor Jon Snow put it this weekend: “It must feel very uncomfortable in there at the moment.” Speaking to the Observer, the Channel 4 News presenter added that the BBC’s subsidised presence supports the wider culture of broadcast news in Britain and provides quality training on a scale that independent news services could never match. “I am particularly interested in news, of course, but aside from its tremendous international profile, the BBC also represents real value for money compared with what other streaming services offer.”

The atmosphere at Wednesday’s “modernising” meeting, in which Fran Unsworth, the BBC’s £340,000-a-year head of news, announced 450 job cuts, verged on rebellious at times. The redundancies had been heralded by public uproar about Derbyshire’s show. At the meeting, Derbyshire challenged Unsworth to explain why meeting all targets for her show and being acclaimed for her fresh approach to news programming had put her in the line of fire.

“We were told when we were cut from 2 hours to 1 – which we understood and we accepted graciously – that that would future-proof us against further cuts… Were we lied to?” tweeted Derbyshire, who last Thursday was nominated for a Royal Television Society presenter of the year award.

The planned streamlining of BBC news coverage will also hit the World Service, 5 Live and Radio 4’s flagship Today programme. Sarah Sands, editor of Today since January 2017, resigned the morning after the cull. BBC insiders suggested she did not wish to preside over a slimmed-down staff. Newsnight, the BBC2 evening news show, is to see its investigative capacity slashed.

Such a loss of story-generating power is causing concern among those journalists who have been told that, “for now”, their jobs are safe. “There is real confusion about the implementation of this ‘modernisation’,” said one this weekend. The plan – designed to help save £80m from the news budget and attract younger audiences – is thought to have been recommended by a leading consultancy after public research.

“The trouble with this is that people don’t really know what they want until they come across it,” the journalist went on. “And these cost savings have been drawn up with no apparent understanding of where high-impact stories come from.”

The dangers the BBC faces on its journey towards charter renewal in 2027 are many-headed. A new culture secretary is likely to be appointed in an upcoming cabinet reshuffle, and some Brexiter parliamentarians, angered by the BBC’s perceived Remainer stance, hope to see a reforming zealot in the job.

There has also been little love for the BBC from Labour benches. Accusations of an orchestrated bias in favour of Boris Johnson gained credence among Jeremy Corbyn’s supporters. In the end both party leaders avoided appearing.

“The BBC’s complaints about being boycotted were its final death wail in my view,” said a leading programme maker. “The corporation has to realise that politicians can now choose how they reach the public and who gets to broadcast them. There is a certain triumphalism in the cabinet, but even if the most supportive government was in power, the BBC has to change.”

Shadow culture secretary Tracy Brabin is leading the BBC’s defence but she still describes herself, like Knight, as the corporation’s “critical friend”. The MP for Batley and Spen said: “The BBC needs to do more work, of course, on its gender pay gap and representing a wider range of voices, but do we want public service broadcasting? Yes, otherwise who is going to be our voice in the world? Its news journalism takes on the big world issues and the lower-key issues with high impact on voters’ lives. No one else does that.”

Tory MP Anthony Browne, a former BBC journalist, doubts there is real political will on either side to dismantle the organisation. “Let’s face it,” he said, “it is a well-loved international institution and we don’t have too many of those.”

Nevertheless, many BBC managers fear that the loss of broad political support, combined with the digital revolution in entertainment, have created a perfect storm that could easily destroy licence fee-funded broadcasting. While “Auntie” has weathered a fair few of these “perfect storms”, the clouds are, they argue, now encroaching from every compass point.Comments made at Christmas by former Ofcom chair Dame Patricia Hodgson were prophetic, some feel. She told the Today programme that the licence fee, which provides around 75% of the BBC’s income, was no longer a sustainable funding method. And technology, which has seen the birth of myriad platforms and content delivery methods, is still marching onwards. Soon personalised data will mean an end to the need to browse rival streaming or networked services. Programmes will be recommended and commercial breaks will be a thing of thing of the past, to say nothing of the dawning world of immersive and virtual reality entertainment.

Sir Peter Bazalgette, the creator of shows including BBC’s Changing Rooms and Channel 4’s Big Brother, who is now non-executive chair of ITV, sees technology as the main issue: “It’s the internet age that is really challenging traditional media, and it’s inevitable that our politics will reflect that… And if you’re funded via a compulsory payment, as the diaspora of younger audiences grows, that gets questioned more and more.”

A senior BBC figure agreed that this crisis is serious, and not just for newsgathering. “Surely there is a sense somewhere in government of how reckless this would be?” he said. “After all, these are the creative industries, and we don’t really want to become Little Britain? If a commercial model was introduced, there would be huge consequences outside the BBC. And we would end up just servicing the US entertainment industry, instead of having our own strong brand.”

Another former executive advocates a two-stage survival strategy. In the midterm review negotiations, to be held in two years, ministers will first have to be persuaded not to radically reduce the licence fee, so the new director general must be conciliatory. “Over the longer run, the BBC needs to carry out a serious piece of work about what it wants before the royal charter renewal talks in 2027. Perhaps a combination of subscription services and the licence fee will allow it to challenge fake news and keep its valuable soft power internationally?”

The BBC’s income of just under £5bn a year covers much more than mainstream programme-making; it spends millions on low-profile output such as the World Service, with its foreign language radio services, the Welsh language service and the foreign broadcast monitoring station. The corporation’s bottom lines are traditionally cited as those laid out by its first head, Lord Reith, “to educate, inform and entertain”. But for its critics, a dose of market forces would now be most salutary.


Newsrooms however have always had their own priorities – usually clarity, speed, reliability and lack of bias. And the world of entertainment tends to have two equally pressing, if simpler, concerns: originality and “bums on seats”. A new director general will have to balance these competing conventions and, while avoiding management-speak, boil them down yet again to first principles. To win the argument, the BBC must offer more of what people need now, in the way they are most likely to get it.

The government’s review of whether non-payment of the licence fee should remain a criminal offence starts this week, claims the FT.

Finding a new director general to replace Lord Hall of Birkenhead this summer and lead the corporation into a mid-term review in its 2020 centenary year and then into charter renewal in 2027.

Handling Julian Knight MP, the newly elected Tory chair of the House of Commons Digital, Culture, Media and Sport Committee and his plans to head an ‘unofficial Royal commission’ into BBC funding.

Finding new audiences in the age of proliferating news and entertainment platforms. The BBC found that those aged 16-24 spent more time each week watching popular Netflix shows such as Top Boy and Sex Education, above, than all of BBC TV, including iPlayer.

Dissent over the decision to stop automatically funding free television licences for those over 75. Three million people will lose the right to a free licence in June this year.

The Samira Ahmed employment tribunal victory will mean the corporation faces more cases. It needs to keep quality staff as well as deal with the gender pay gap – even though high levels of pay remain unpopular with licence fee payers.

Establishing political evenhandedness and reliability in an age of rampant conspiracy theories and mistrust.