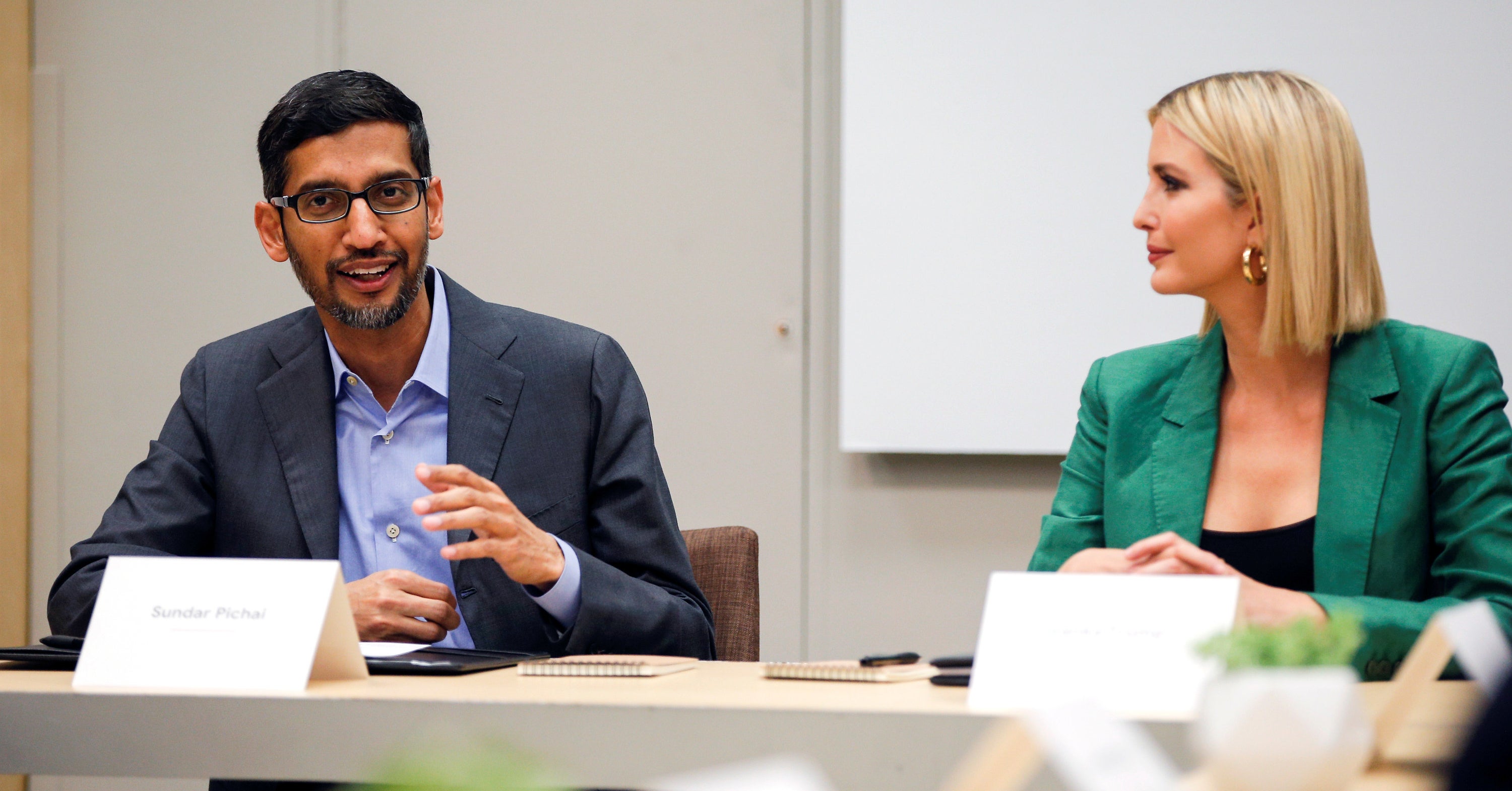 “We find it alarming when companies choose to reward and hire individuals that have played active roles in implementing cruel policies that target and hurt the communities we represent and Google is no exception.”

The three leaders for House caucuses representing racial minority interests signed a letter on Wednesday asking Google why it hired a former Department of Homeland Security staffer who worked on a version of the Muslim travel ban and helped implement the controversial family separation policy.

“As one of the world’s largest tech companies, it is crucial that Google take seriously its role in practicing its values of diversity, equity, and inclusion,” the letter read. “We find it alarming when companies choose to reward and hire individuals that have played active roles in implementing cruel policies that target and hurt the communities we represent and Google is no exception.”

The members' line of questioning echoes that coming from groups of Google employees, whose anger and confusion at Taylor’s September hiring has fueled internal rifts and a breakdown of trust between the company’s leaders and its rank and file. Last month, when employees attempted to ask questions about Taylor’s hiring following a BuzzFeed News report, Google censored some questions about the matter ahead of a companywide meeting known as TGIF. In the weeks since, Google has made it publicly known that it’s punishing alleged leakers and has cut down on the regularity and focus of its TGIF meetings, once a hallmark of the company’s open culture.

A Google spokesperson declined to comment on the letter or Taylor.

As a counselor to then–acting DHS secretary Elaine Duke in 2017, Taylor called the screening standards at US borders “no longer adequate to combat terrorism” as the agency recommended a “tough” and “tailored” policy to replace expiring parts of a Trump administration travel ban that barred visitors from six Muslim-majority countries. When that ban was first introduced in January 2017, Google cofounder Sergey Brin joined protesters at San Francisco International Airport and made public statements to voice his displeasure with the policy.

The Congressional Hispanic Caucus has sent a letter to Google CEO @sundarpichai expressing concern over its hiring of a former DHS official ---> https://t.co/RaTrG4M49p

“Not only were many Americans appalled by these cruel immigration policies but even Google’s senior leadership and cofounders publicly denounced these policies,” the caucus leaders wrote in the letter, citing Brin’s actions.

Taylor went on to serve as the deputy chief of staff and then chief of staff to Kirstjen Nielsen, whom Trump appointed to the top DHS role in December 2017 and who oversaw the department’s controversial family separation policy at the southern border. In defending the company’s hiring of Taylor, Google executive Karan Bhatia told employees that Taylor was not involved in drafting the original Muslim travel ban and wasn't involved in family separation.

Following Bhatia’s comments, BuzzFeed News published internal DHS emails showing that Taylor had worked to shape talking points and narratives around family separation through the spring of 2018 as he served as Nielsen’s deputy chief of staff. Taylor left DHS around the time of Nielsen’s resignation this April.

“The idea that you could disassociate from a policy that consumed the entire department while you were deputy chief of staff is ridiculous,” one former DHS official told BuzzFeed News last month.

Recently, Google and Pichai have been trying to build bridges with the White House and President Trump, who had previously alleged the company’s products are biased against conservatives. In March, he met with Trump at the Oval Office; last month he hosted an event with Ivanka Trump focused on the creation of information technology jobs.

Castro, Bass, and Chu, whose caucuses represent more than half of all House Democrats, asked for a conversation with Google about Taylor’s hiring.

"This recent company hire appears to contradict Google’s own moral and ethical values and completely disregards the concerns expressed by many of your employees and customers that value immigrants and human rights,” they wrote.