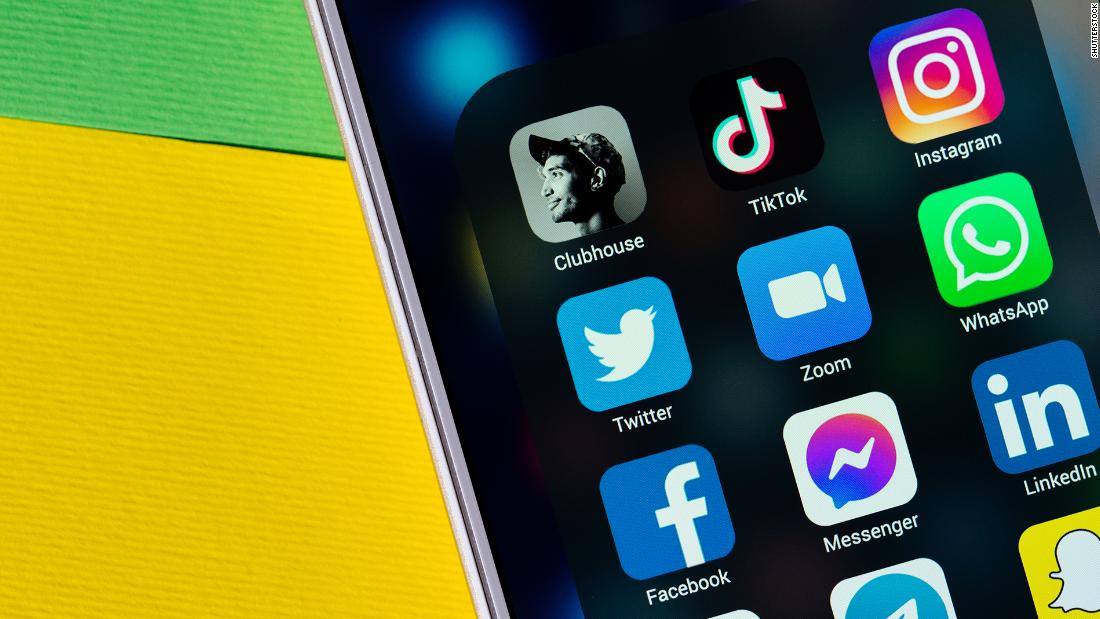 On the audio-based app Clubhouse, people are gathering in virtual rooms to make whale moaning noises or to participate in silent meditation together.
Hundreds of people on the popular gaming platform Discord started a server where they just send each other the letter "h" all day every day. And a new Twitter account created this week shows the same short clip of Tony Soprano crying in his car with different sad songs playing in the background and has quickly racked up thousands of followers.

After several years of concerning headlines about misinformation, election meddling, filter bubbles, online harassment and more, there are flickers of a more carefree -- and weird -- internet. At times it felt like a throwback to a more innocent web, when Dancing Baby filled our inboxes, Second Life took on a life of its own and Rickrolling was an ever-lingering threat. And all it took was a devastating pandemic that forced many in the United States and around the world to live their lives almost exclusively online for much of the past year.

Make no mistake, those long-simmering problems remain. A year into the pandemic, we've seen both the dark and light sides of people spending more time online: Women, people of color and the LGBTQ community continue to face disproportionate harassment online. Boredom, anxiety and fear during the pandemic have driven people into dangerous conspiracy theories like QAnon or baseless anti-vaxxer beliefs.

But that same reliance on constant screen time has also given way to fun, creative and quirky behaviors online, which are testaments both to our need to feel connected with others and our urgent desire for escapism in a turbulent time.

"It's a sign of optimism and of the amazing flexibility and resiliency of human beings in terms of keeping ourselves healthy and connected to other people," said Shira Gabriel, a psychology professor at the University of Buffalo. "This last year has been super depressing and difficult, but it's also been really inspiring to me seeing what a great job human beings have done to find ways to make the best of this tough situation."

There is no shortage of colorful examples or online communities. Discord, which has become a popular place to hang out virtually during the pandemic, especially for Gen Z, has a server called "ChilledCow," where members study, talk or make art while ambient music plays in the background. (It's racked up more than 470,000 members since its creation last May, and also has a popular YouTube channel.) Another server named "Waffle House" has amassed more than 1,500 members and serves as a way to meet new friends in a virtual cafe setting.

People are now collecting wacky NFT artwork for millions of dollars and even bidding for tweets: Twitter CEO Jack Dorsey put up his first ever tweet from 2006 on the NFT trading platform Valuables, where the current highest bid is $2.5 million. The mania around the Reddit page WallStreet Bets and the GameStop frenzy -- which has its fans and critics -- is also a product of people seeking out online communities. Even Dogecoin, a meme-influenced cryptocurrency dating back to the years before the dark sides of social media and the internet writ large became so evident, is once again back in the news and gaining traction.

Indeed, meme culture is going strong. On Monday, social media lit up over whether California or New York has the best bagels, spurring much debate and funny memes. On Inauguration Day, a photo of Senator Bernie Sanders wearing a mask and big mittens broke the internet and spurred endless memes for weeks, giving many a much-needed laugh and reprieve two weeks after the deadly riot at the US Capitol.

Isra Ali, a clinical assistant professor of media, culture and communication at New York University, said Americans have been bombarded with "intense information" over the past year and have lived through major events from Covid-19 to Black Lives Matter protests and the US presidential election. "All of these events have forced us to really scrutinize and think about who we are all the time, and who we are in relationship to one another," Ali said.

That may leave people craving moments of "mindlessness," such as joining a virtual space where they can connect around something simple or silly, like making a noise together. "Just sitting together in an online environment and being together without having to think ... is a relief," Ali said.

The desire to lean into something lighthearted has also propelled TikTok into the mainstream during the pandemic. Millions of people have joined the platform to seek refuge from the grim news facing the world and create their own twist on the popular trend of the moment on the platform, from dance routines to comedy skits. The platform's secret-algorithmic sauce allows even people with little to no following to go viral. Never before has it been so easy to share our creativity — and our humanity.

"We are all just looking for connection and community," said Gabriel. "If everybody is posting a fun [TikTok] dance or fun idea and you're able to participate in it too, you're connecting to all those people and you're a part of something bigger than yourself."
#GameStop  #COVID-19  #Covid