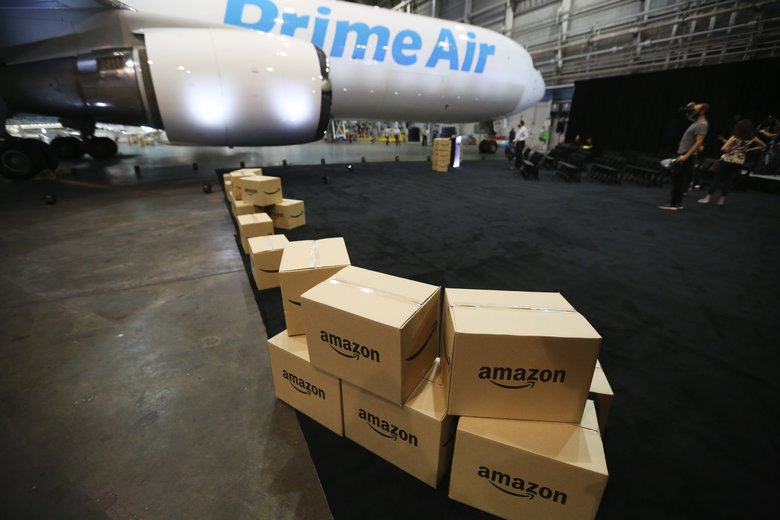 Amazon's dropping the "add-on item" tag from a lot of its inventory.

Amazon made waves when it announced Prime's move from two-day to one-day shipping. Over the last few months, it's taken steps to expand one-day shipping to more and more items, and its most recent effort involves removing barriers for one-off orders of low-priced products -- items like a $2 stick of deodorant.

Previously, Prime members had to include most sub-$5 products with another item in order to qualify for their free shipping benefit. Now, many of those items are Prime eligible on their own, and Amazon could deliver them to your house the next day. The ability to ship millions of items in one day with no order minimum is a huge competitive advantage for Amazon, even over its brick-and-mortar competitors.

Owning the logistics network and scale

The biggest contributing factor to Amazon's ability to ship inexpensive items quickly is that it's already operating a large portion of its shipping itself. It's investing in more and more cargo planes (now with 50 leases) and it's opening several air hubs. Its new hub in Forth Worth, Texas, opened at the beginning of the month. It'll open another one in Cincinnati in 2021 capable of supporting 100 cargo planes and 200 takeoffs and landings per day.

Amazon is also taking more control of its last-mile delivery, relying less on its partners. Amazon's contractors will account for 23% of deliveries this year, according to an estimate from Cowen analyst John Blackledge. He expects that number to climb to 43% by 2024.

Amazon's growing share of its own deliveries is a result of its scale and its ability to cherry-pick the most cost-efficient deliveries. As Amazon increases order volume and the number of shipments headed to the same area, the company is increasingly incentivized to ship more of its own orders. It's already sending a plane and truck to the area anyway, so the marginal costs continually decrease. That's why CFO Brian Olsavsky said it's often both faster and less expensive for Amazon to ship orders itself than to rely on its shipping partners.

And that's why the e-commerce titan can afford to tack on a small box holding a $2 stick of deodorant to a delivery manifest at no additional cost to the consumer; the marginal cost for Amazon is often far less than if it was using a shipping partner.

That's not to say there are no costs. Amazon's probably still losing money on these small-item orders. But it's able to lose less money than anyone else, and the benefits could be huge.

Making everyone a Prime member

Fast shipping on low-priced convenience items or consumer staples had a noticeable impact on Amazon's sales in the second quarter. North American sales accelerated to 20% growth year over year, and Olsavsky attributed the acceleration to Amazon's one-day shipping efforts. Consumers seem more likely to buy items like deodorant or batteries if they can get them the next day instead of making a run to a local store just for one item.

Importantly, fast shipping on these items gives consumers yet another reason to subscribe to Prime. Prime membership in the U.S. is starting to reach a saturation point, but this could be a catalyst that unlocks even more growth in the program.

Continuing to grow Prime could be a massive boon for Amazon. First of all, Prime members spend more on average than nonmembers. The pattern has held true even as Prime scales, indicating Prime encourages more spending on Amazon and not just that those spending on Amazon are more likely to sign up for Prime. The program drives loyalty, encouraging consumers to at the very least start their online shopping search on Amazon.com.

Not only do Prime members spend more on Amazon, the increased number of searches thanks to growing Prime membership should also lead to greater ad revenue for the company. Ad revenue reached about $11 billion over the trailing 12 months.

Moreover, more Prime members shipping items via Prime means greater volume and density of shipments. As such, it may become even less expensive for Amazon to ship items itself, creating a virtuous cycle as more and more items become eligible for one-day shipping. Increased shipment volume could eventually open the door for Amazon to offer shipping services to other businesses to truly take advantage of its scale and turn its shipping expenses into a profit center.

Amazon is willing to take a loss on some small shipments now in order to grow Prime and other parts of its business that could become huge sources of profits in the long run. And that's bad news for brick-and-mortar competitors.

Should Amazon be on your buy list? It's on ours...

Motley Fool co-founders Tom and David Gardner have spent more than a decade beating the market. In fact, the newsletter they run, Motley Fool Stock Advisor, has quadrupled the S&P!*

Tom and David just revealed their ten top stock picks for investors to buy right now. Amazon made the list -- but there are 9 other stocks you may be overlooking.