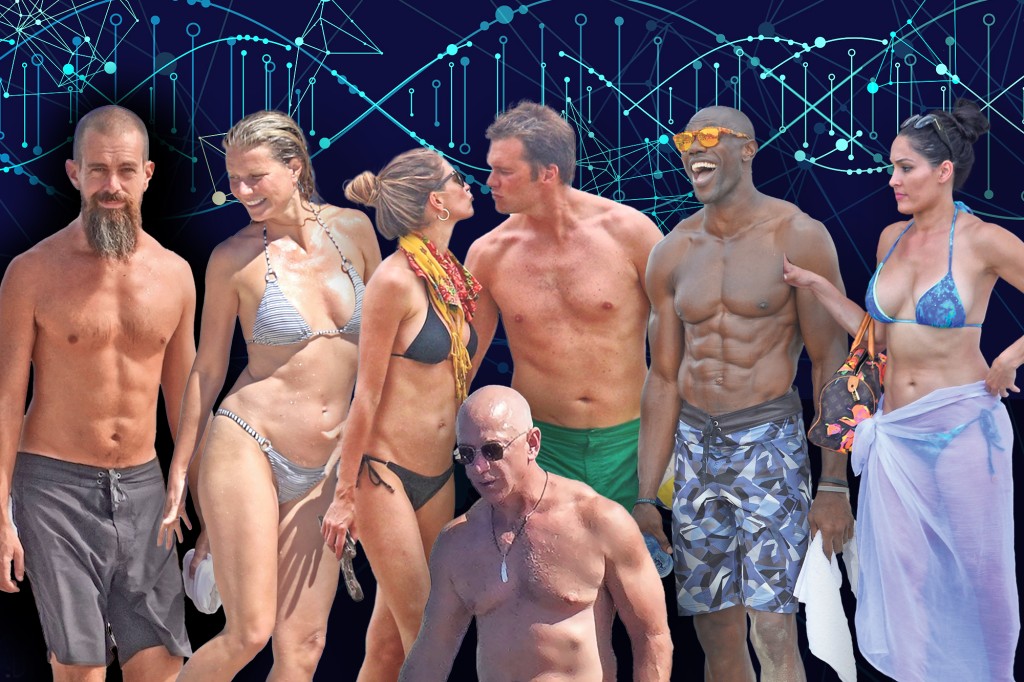 A new book reveals how you can turn back time - or, at least, your “bio age” - like celebs such as Jeff Bezos and Tom Brady.

Jeff Bezos’ makeover from scrawny to strapping was highlighted again over Christmas, as the Amazon founder flaunted his shirtless muscles while in St. Barts with girlfriend Lauren Sanchez. The world’s second-richest man has long claimed that healthy eating — including, he has said, ditching his habit of eating an entire can of Pillsbury biscuits for breakfast — and sleep habits led to his transformation. But experts suggest Bezos is, like many other A-listers and tech titans, probably a fan of biohacking.

Bezos has also invested millions of dollars in Unity Biotechnology, a startup that reportedly aims to make the “debilitating consequences of aging as uncommon as polio.” 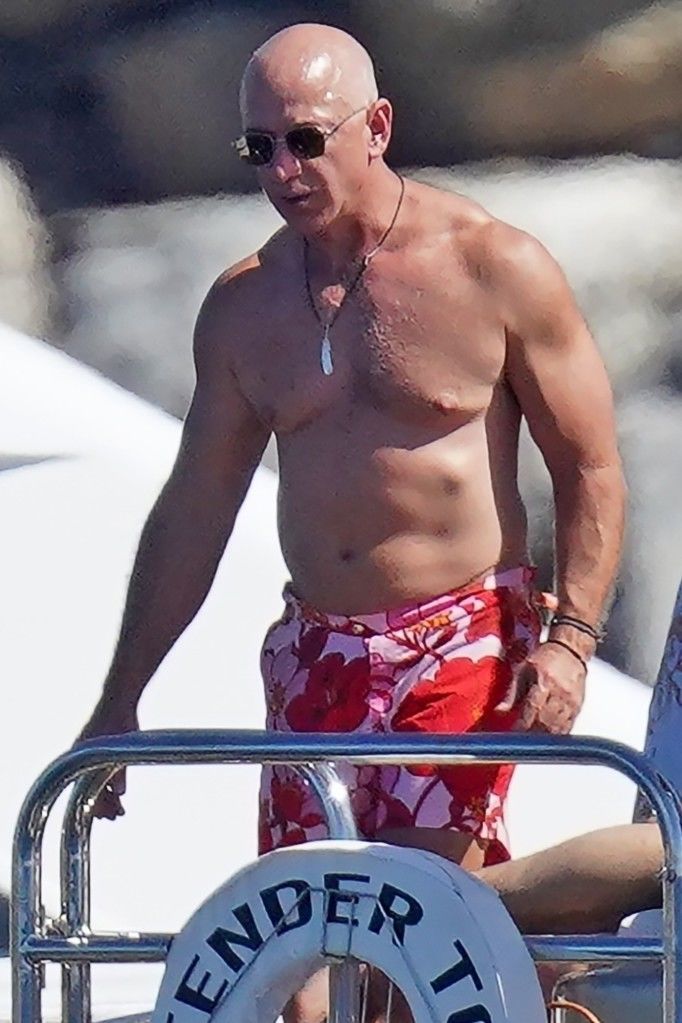 And who wouldn’t want to look a little younger, have fewer wrinkles and feel more energetic — and a little less creaky? The book “Younger You: Reverse Your Bio Age and Live Longer, Better” (Hachette Go) by Dr. Kara Fitzgerald, out Jan. 18, aims to show what you can do to look and feel younger longer, in as little as eight weeks.

It’s not quite “Back To The Future.” But Fitzgerald, a doctor in naturopathic medicine from National College of Natural Medicine in Portland, Ore., says it is possible to reverse your biological age — or “bio age” — a term scientists use for determining how old someone’s tissues, systems and genetic material are.

As Bezos learned, poor diet, lifestyle and even factors such as stress can damage your body. But, Fitzgerald claims, getting those factors under control can help wind back your bio age for better cognition, higher energy and a more youthful appearance — and also lower your risk of every major disease.

The doctor recognizes that not everyone has the money, time or desire to pursue the form of biohacking that tech gurus like former Twitter CEO Jack Dorsey are said to enjoy: “Somewhere in Silicon Valley right now (so many biohackers seem to be male, tech-friendly, and wealthy), someone is injecting themself with human growth hormone, receiving an IV of a young person’s blood plasma, taking an immunosuppressive drug, or even downing a cocktail of gene-editing enzymes and proteins in an effort to achieve maximum performance and longevity,” Fitzgerald writes. “While … I am paying attention to (and excited about) the latest anti-aging science, for most of us, [it’s] not available, affordable, doable, or even desirable.”

Instead, her plan focuses on DIY hacks. 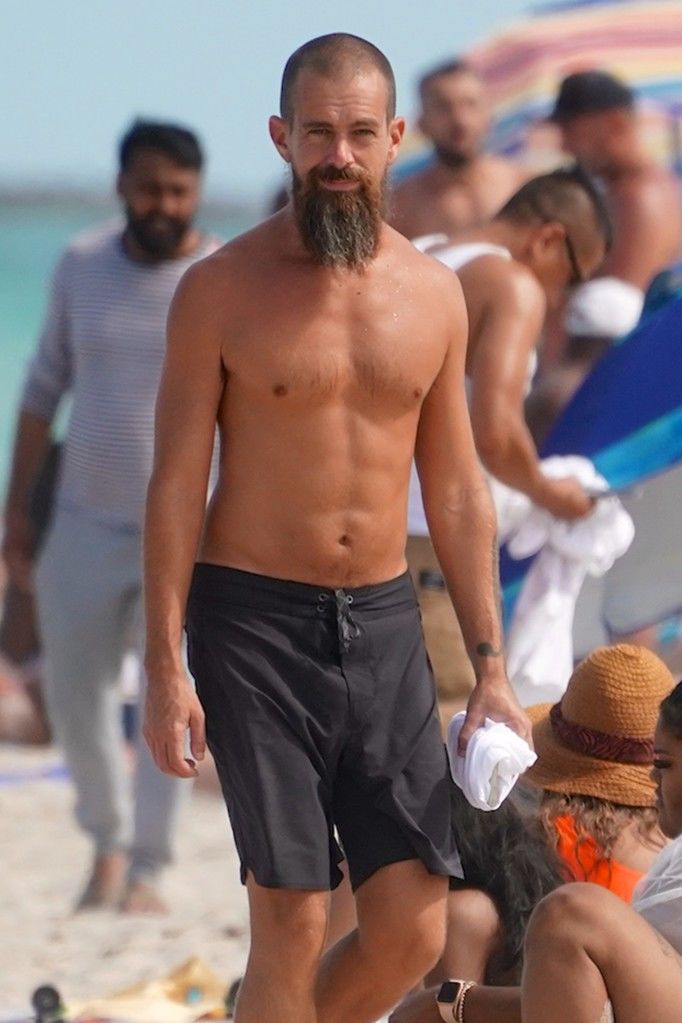 The eating plan is “plant leaning” and similar to the popular keto diet in that the goal is to move your body into “ketosis” — the state where it makes ketones for fuel from fat instead of burning glucose.

“Younger You” concentrates on lowering inflammation (as Tom Brady and Gisele Bündchen do), which has been linked to many major diseases including cancer, heart disease, diabetes, arthritis, depression and Alzheimer’s. It avoids excess sugar and simple carbs found in processed, refined foods like sugar, pasta and white bread — but also grains, beans and legumes, and dairy, which can raise blood sugar and cause inflammation.

Fitzgerald’s plan is based on research that was the first of its kind to show biological age reversal in humans, by an average of three years. Patients in her study showed an improvement in digestion, a drop in blood sugar and insulin production, and higher “good” cholesterol and lower “bad” cholesterol numbers. Lower levels of the antibodies that are hallmarks of autoimmune conditions were also reported. 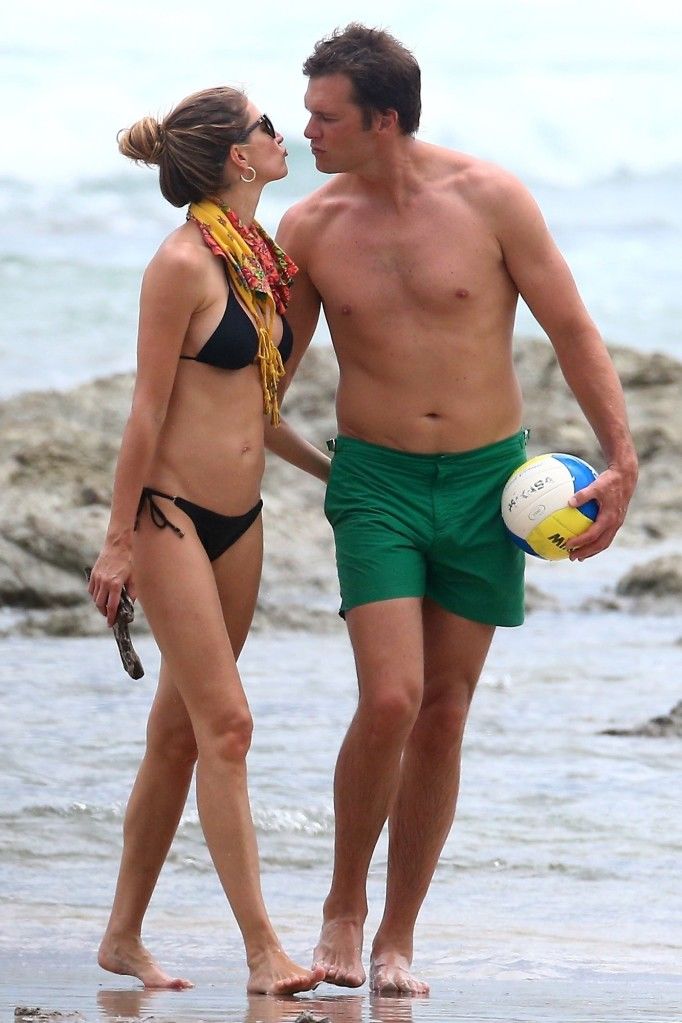 The program is centered around genetics. Consider DNA as your body’s hardware: It never changes. The software — which determines which genes are turned on or off — is a process called “DNA methylation.”

“You want your DNA methylation to be working in such a way that your good genes [those that suppress tumor growth, for example] are on and your bad genes [for, say, inflammation] are off,” says Fitzgerald. The lifestyle choices you make every day — what you eat, when you go to bed, how much you exercise — can all negatively or positively influence it.

To discover your current bio age, go to biological-age.com, one of the many online links that deduce how “old” your body is based on factors such as education, relationships, and food, exercise and sleep habits. 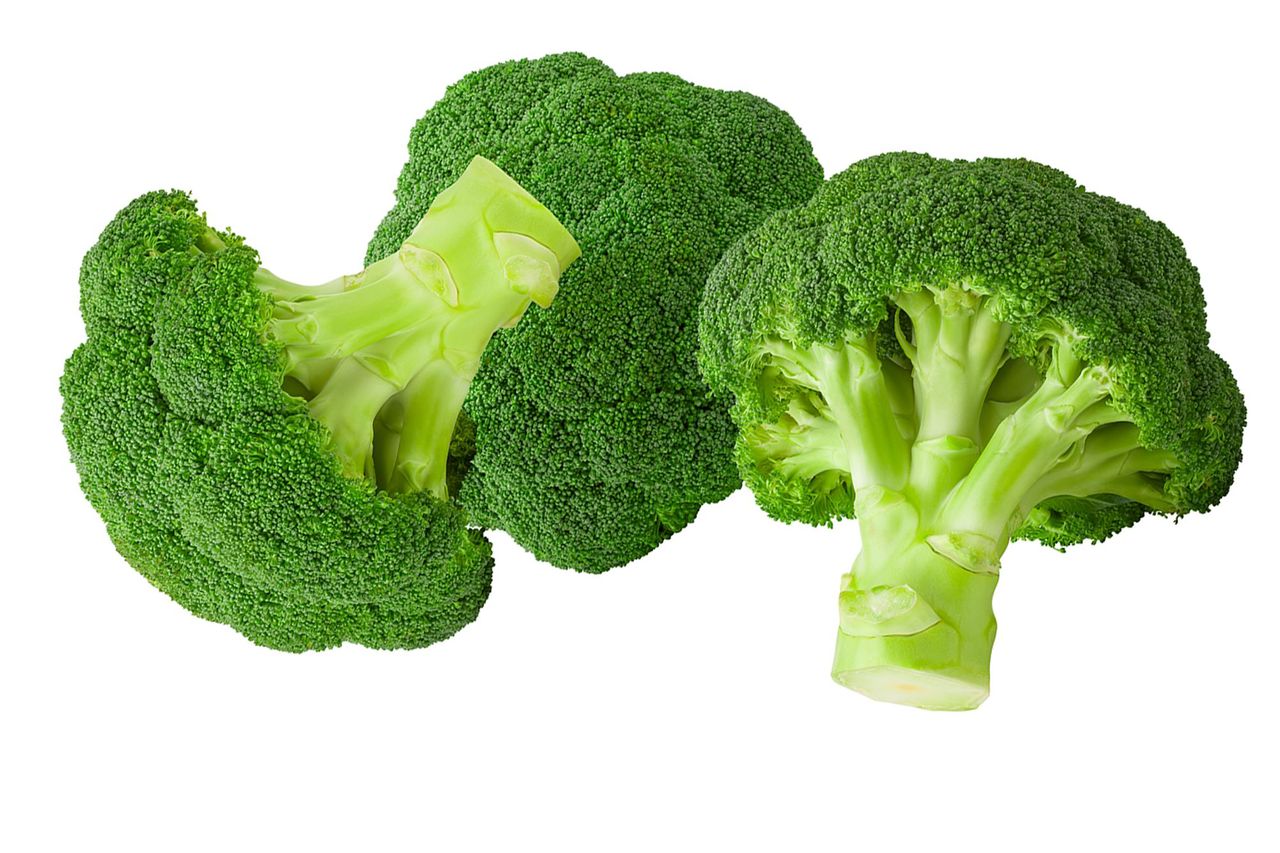 A good workout session promotes cellular repair, burns fat and builds heart muscle. Fitzgerald recommends a minimum five sessions per week of at least thirty minutes at a moderate exertion level — and notes that even cleaning the house can help with anti-aging DNA changes. 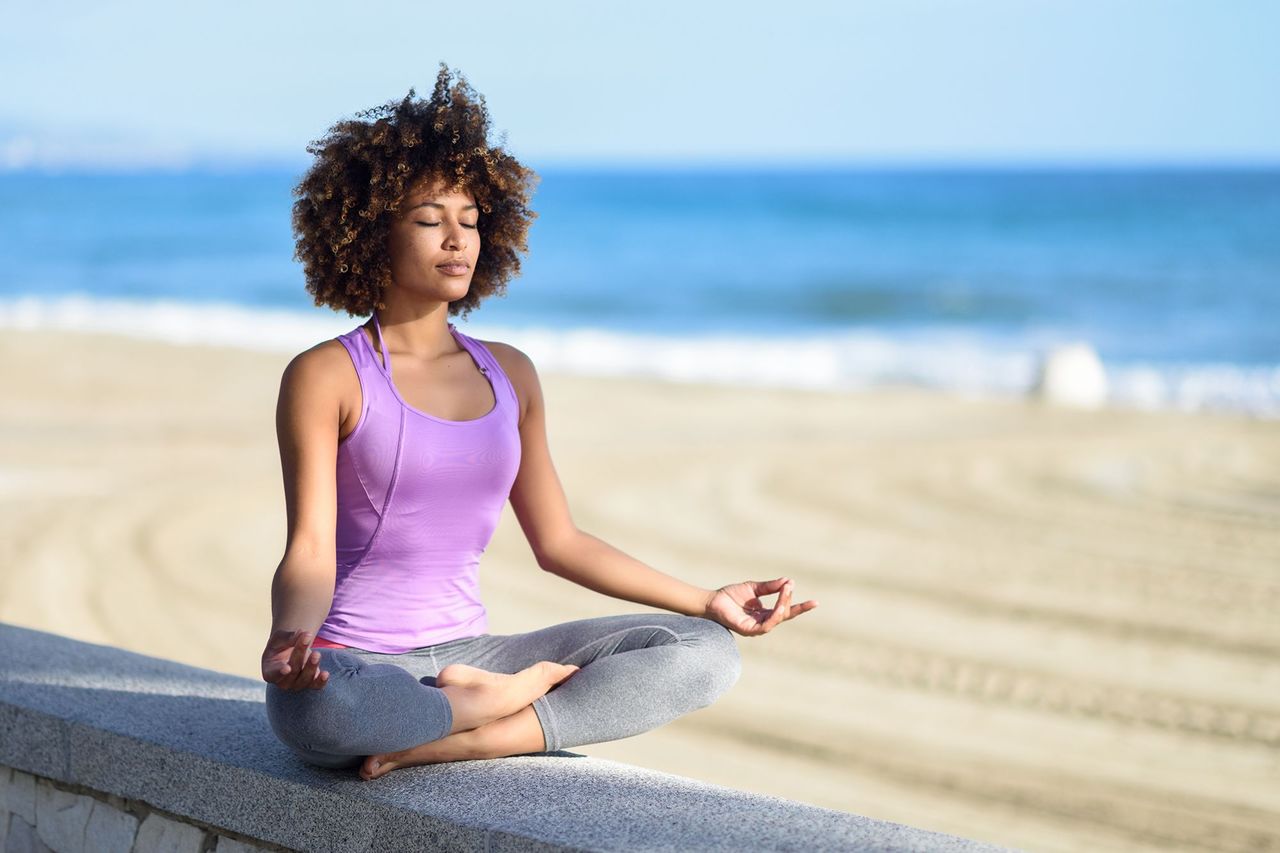 Stress can increase inflammation, raise blood sugar and reduce immunity, so two daily meditation sessions of 10 to 20 minutes each are recommended. Try downloading a meditation app such as Headspace or Calm.

Getting enough sleep is a fundamental component of health overall — and healthy DNA methylation in particular. Try to get at least seven hours a night.

Eat organic wherever possible. When it’s not, peel or soak vegetables in white vinegar to reduce toxin exposure. Avoid using plastic food and drink containers, as well as lotions and sunscreens that contain chemicals like phthalates, parabens, formaldehydes, and methylene glycol. 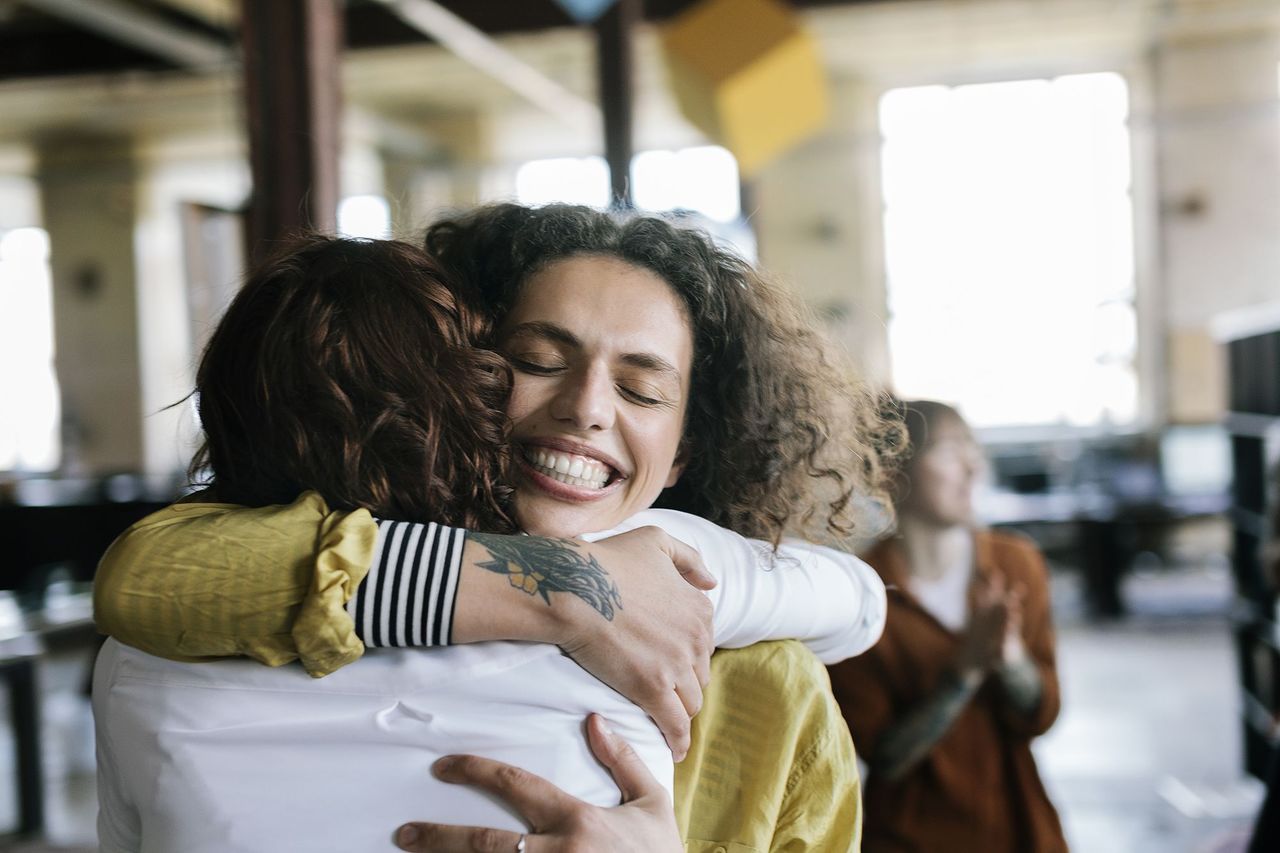 Known as the love hormone, oxytocin is released when you enjoy physical contact with someone else. It also has a number of benefits — including helping cope with stress and recover from trauma. Oxytocin has even been found to lower blood pressure and can help you stop eating when you’re full.

What to Eat — and What Not to Eat 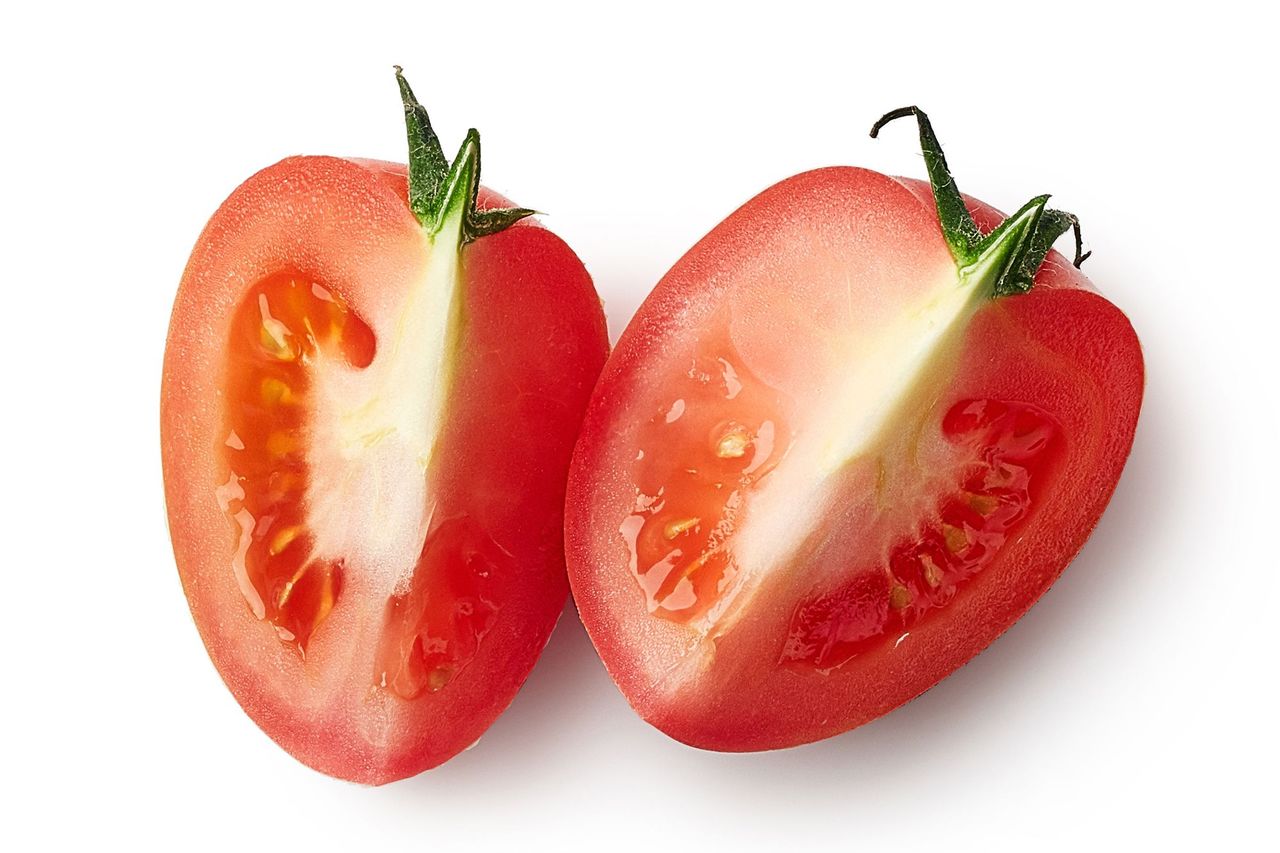 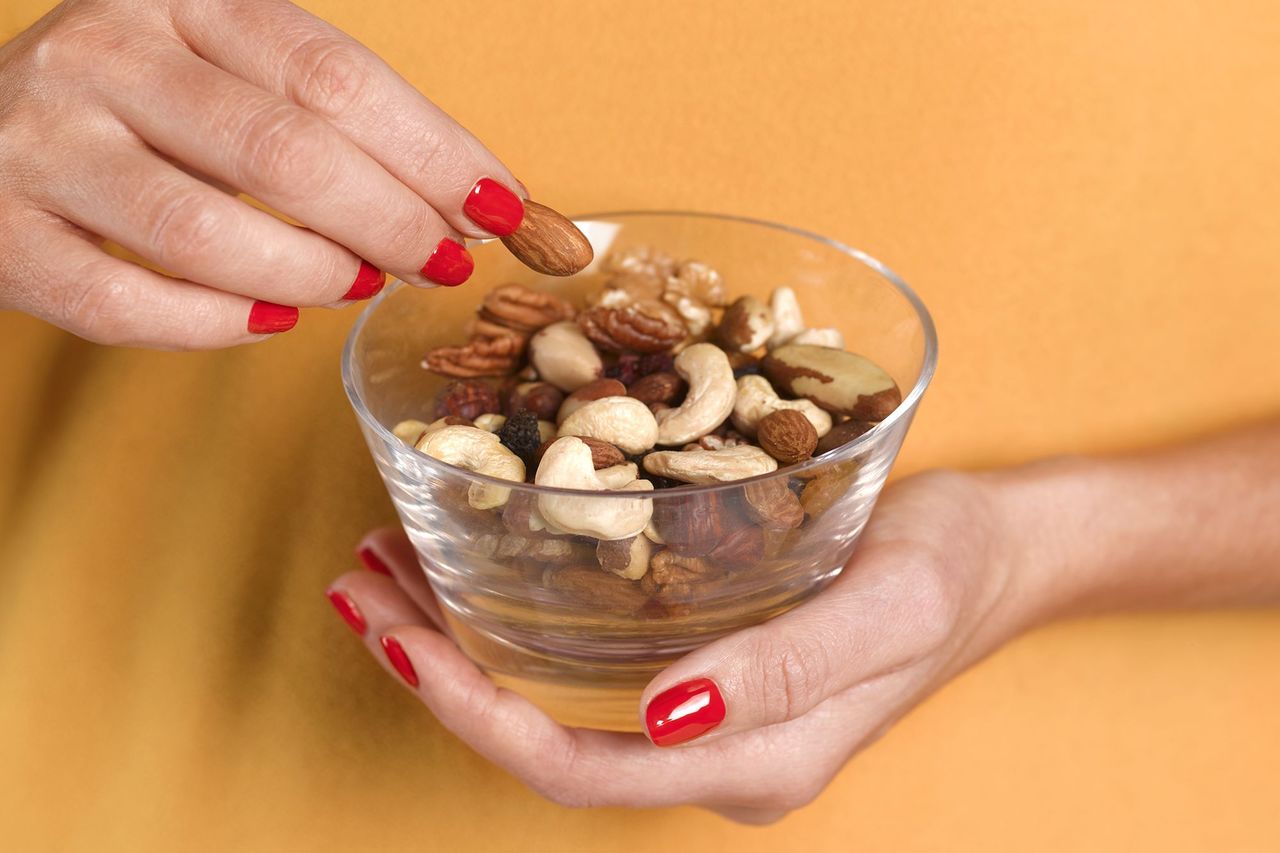 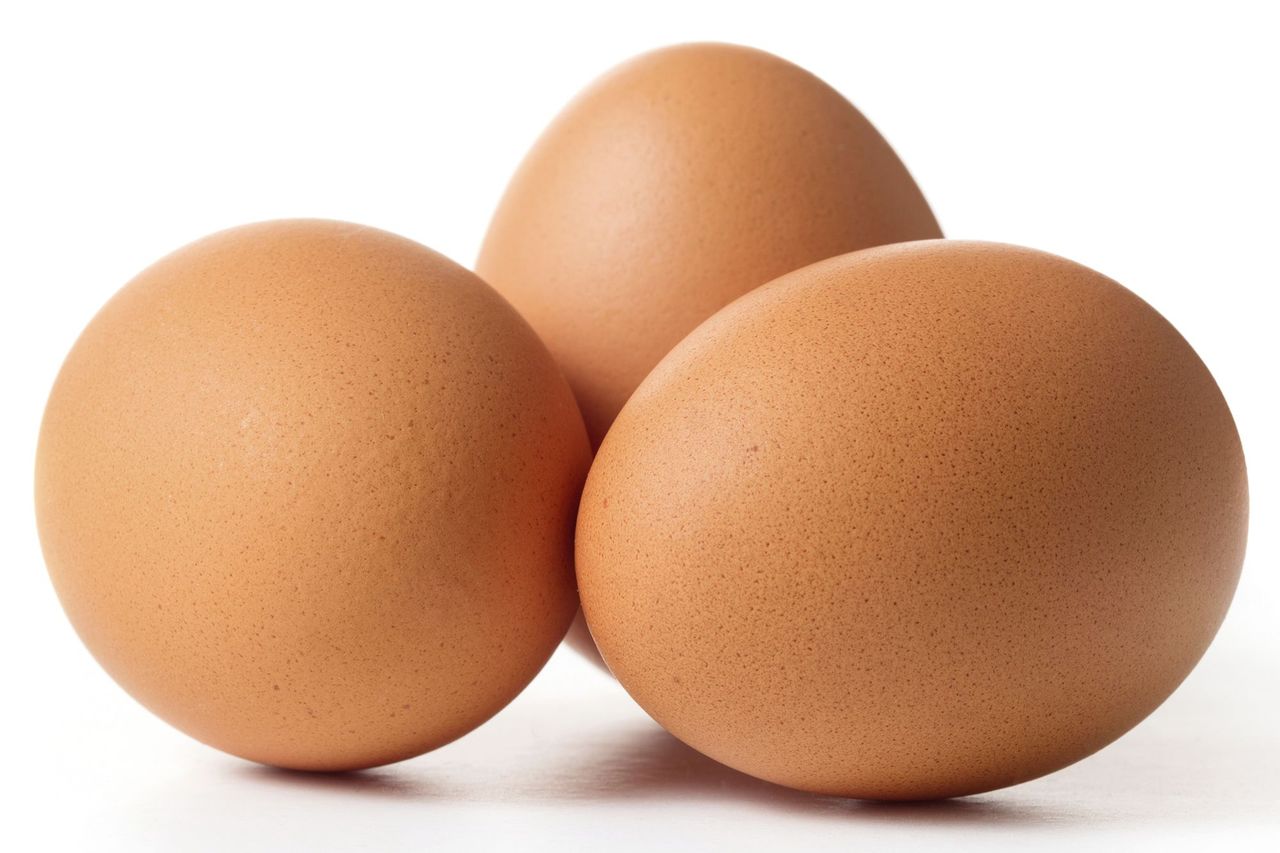 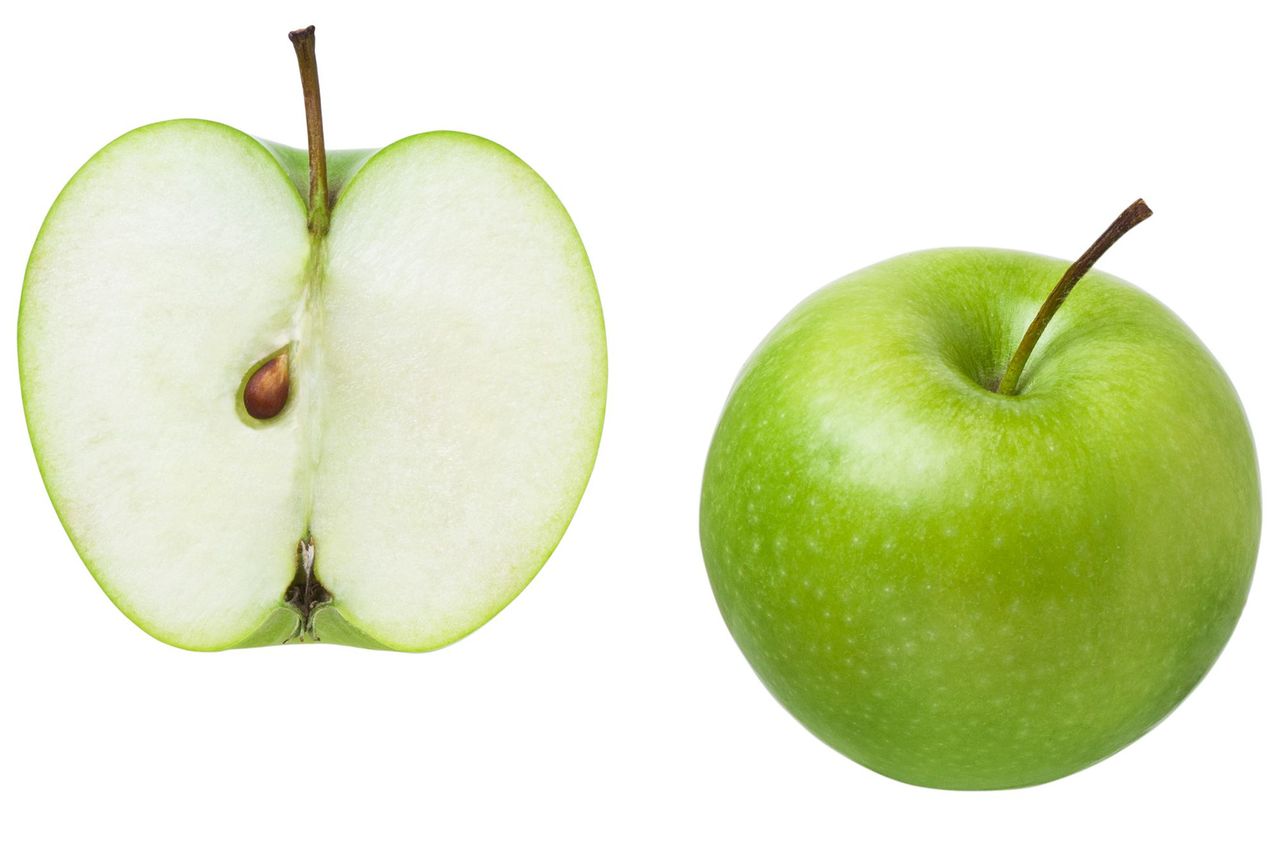 Bananas, mangos, oranges, pineapples, red and yellow apples, and stone fruits such as peaches and apricots 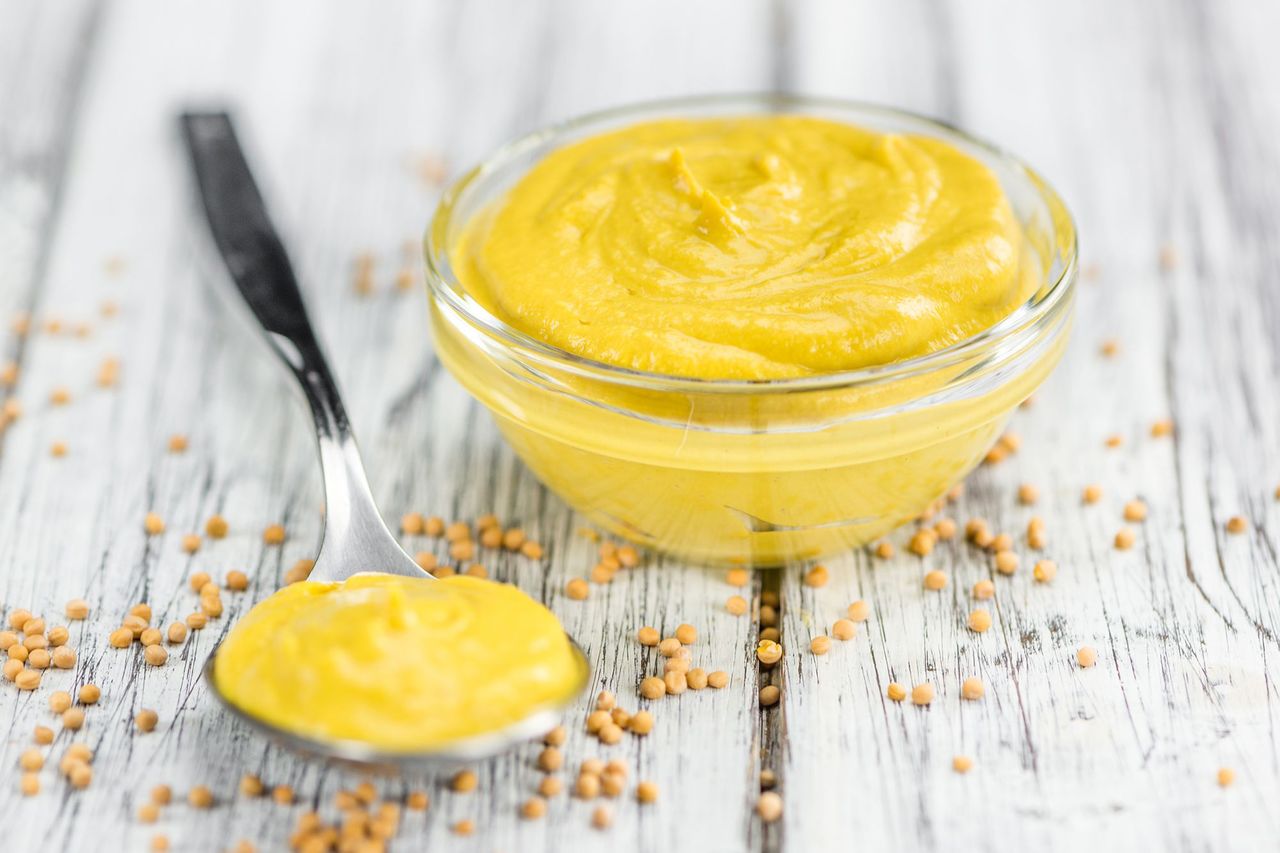 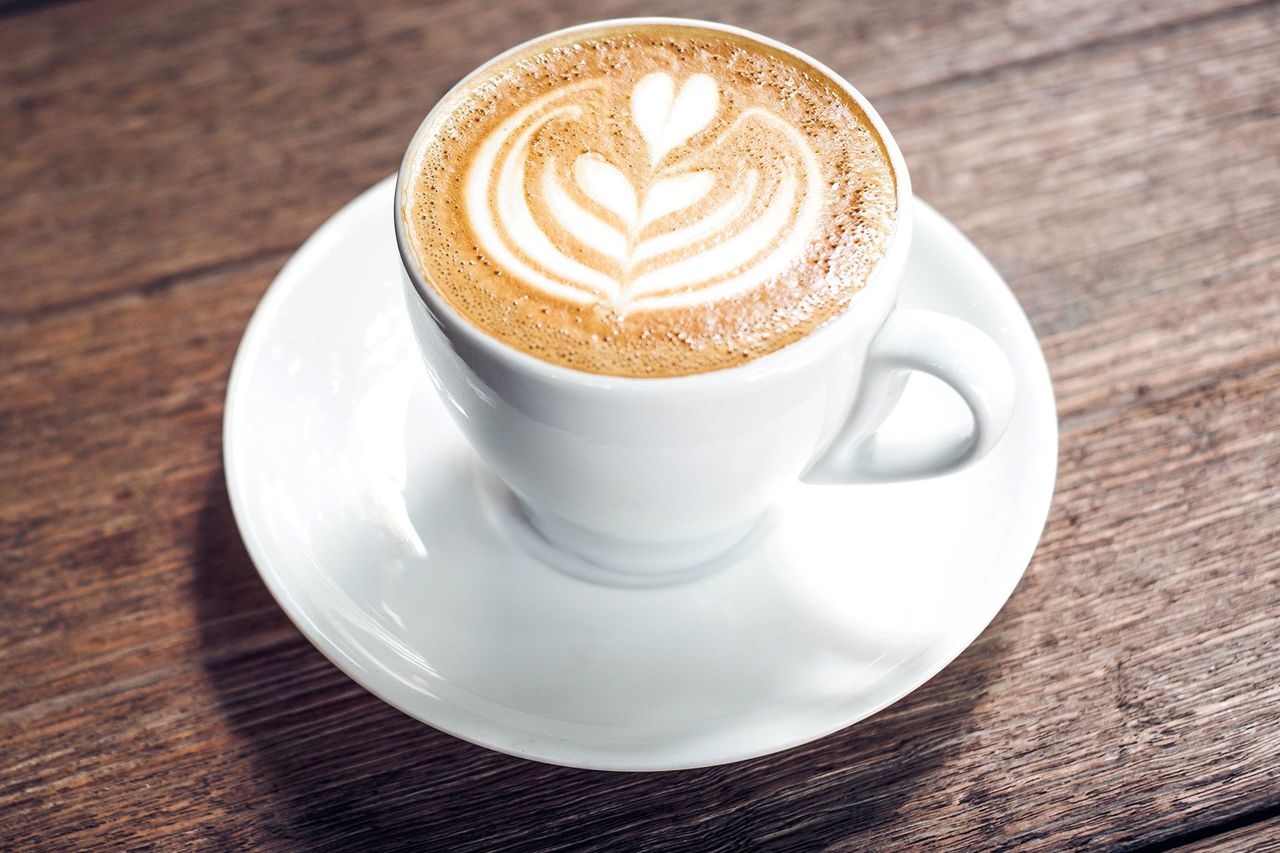 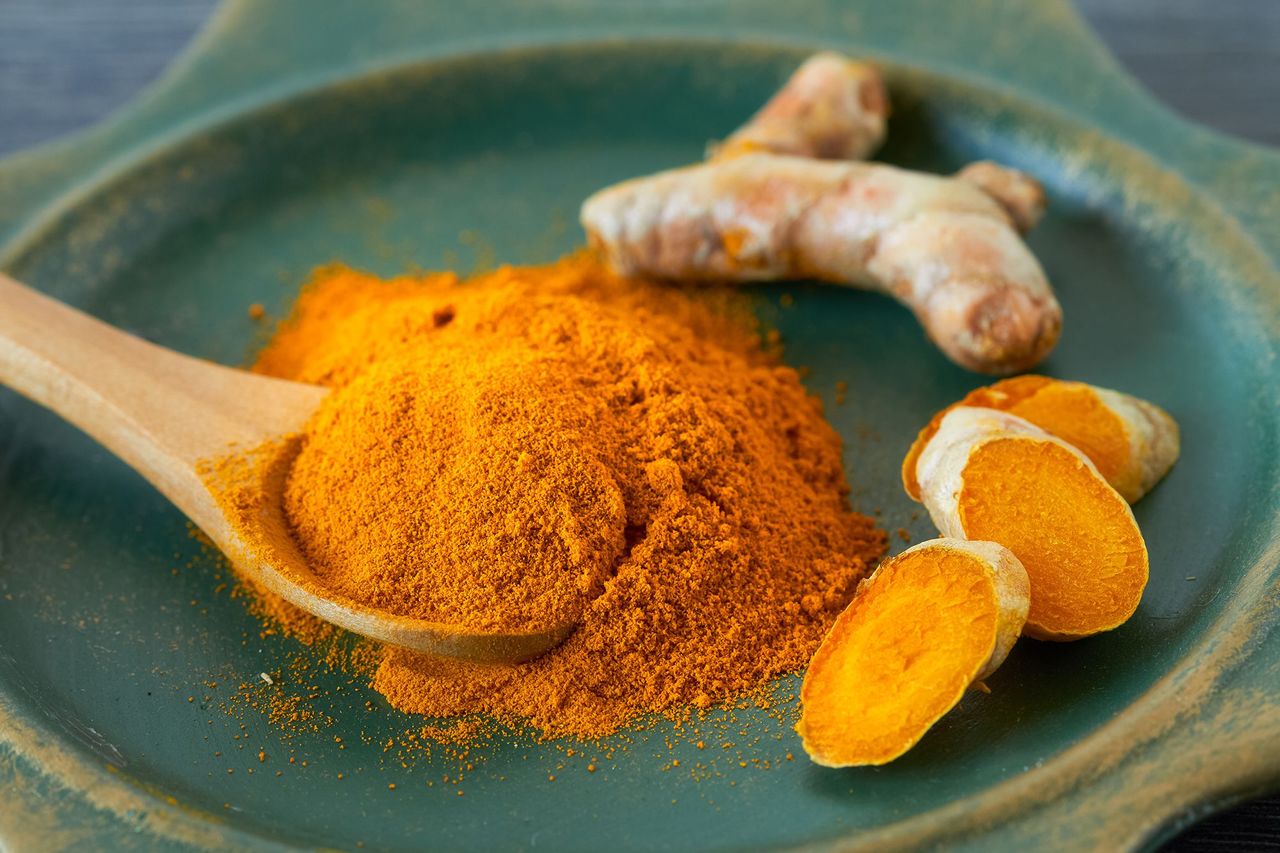 This tasty beverage gets its color from turmeric — the “clean-up crew” for life’s inevitable biochemical messes. Tip: You can triple or quadruple the amounts of spices and store the blend in a glass jar for future cups — just add a rounded 1 1/2 teaspoons to your nondairy milk and sweetener of choice.

1. Combine all ingredients in a saucepan and bring to a simmer.

2. Turn off the heat and let sit for 5 minutes for the spices to mellow and blend together. Enjoy while still warm.