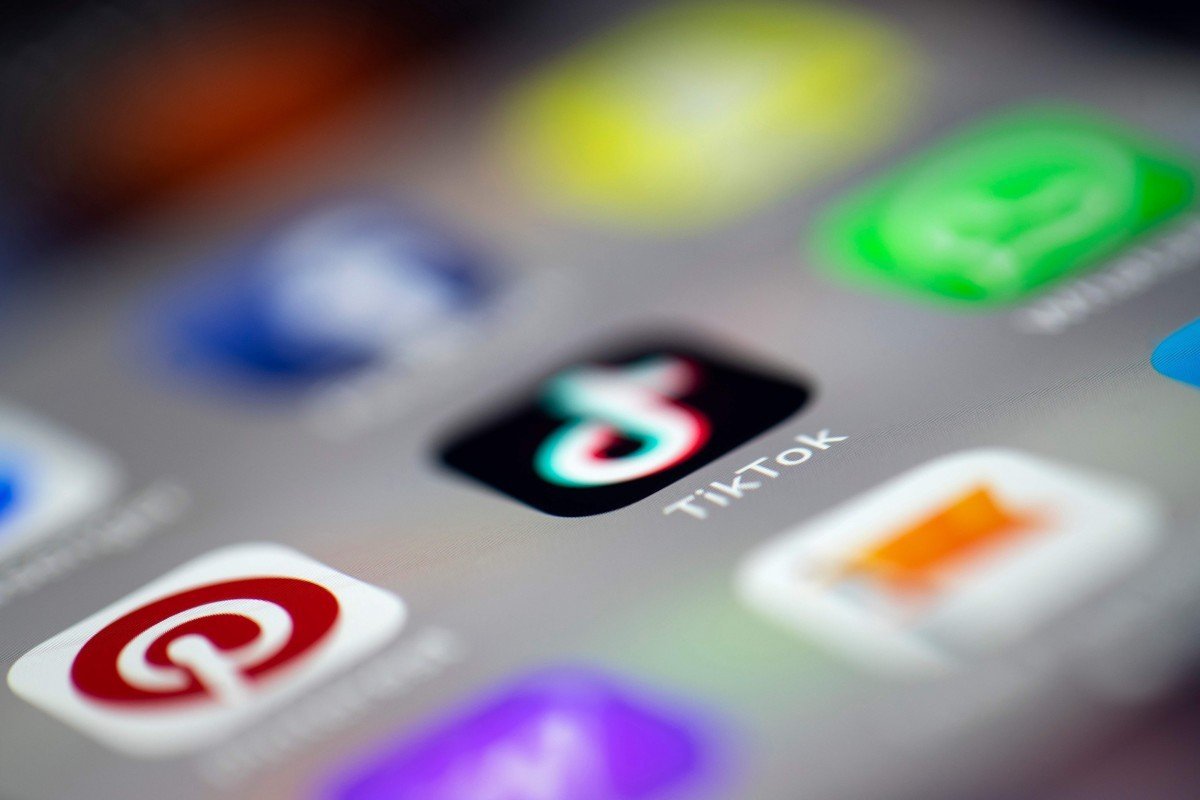 Both news aggregation apps provide a more personalised news-reading experience, but ‘David’ is beating ‘Goliath’ in this case
ByteDance has a reason for the reported sale of its news aggregation app TopBuzz: it is losing out to a much smaller rival with Chinese roots – Particle Media’s News Break – which is being downloaded more than CNN and Reddit, according to current US app store rankings.

The Chinese owner of global hit TikTok might have earned its entertainment spurs in the US with the short video app’s burgeoning popularity there, but the more mature news business is proving to be a totally different story.

News Break was the most downloaded Android news app in the US from January to September, and ranked second on Apple’s App Store, behind Twitter. In comparison, ByteDance’s TopBuzz, which uses machine learning similar to TikTok’s to recommend content, ranked below 20th. News Republic, the other news product ByteDance owns through a 2017 acquisition, came even lower on the list, around 100th, according to mobile intelligence firm Sensor Tower.

Beijing-based ByteDance is best known for its consumer-oriented algorithms that are designed to increase user stickiness through smart content recommendations. Particle Media said it takes a slightly different approach, with an “interest engine” that integrates search records and recommendation technologies, although ByteDance’s apps also allow users to actively search and follow the accounts they like.

In short – both news aggregation apps provide a more personalised news-reading experience, but “David” is beating “Goliath” in this case. One challenge that both Chinese-backed news aggregators have to face though is the rising tech war between the US and China.

TikTok has recently been tackled in the US over censorship and security concerns by senior figures including Facebook chief executive Mark Zuckerberg and US senators Chuck Schumer, Tom Cotton and Marco Rubio. ByteDance has denied it censors overseas content at the behest of the Chinese government.

One key difference between China and the US markets is that users in the latter tend to rely on renowned news organisations, while individual content makers are much more active in China, said Jerry Liu, co-head of China internet research at UBS.

“Some apps appear high up on the overseas rankings, but it might be the result of rampant marketing. It takes another one or two years before the real survivors stand out,” added Liu.

Nevertheless, many Chinese internet companies doing business in the US have tried to distance themselves from their roots and have focused instead on improving user experience and product quality, according to Liu.

The slowing dynamics of the Chinese internet scene have prodded some local companies to expand overseas – and they often have an innovation edge because of fierce competition at home, which has forced them to evolve rapidly. In September, the growth of monthly active internet users in China slowed to 1.3 per cent, compared with 6.2 per cent in January 2018, according to analytics firm QuestMobile.

But technological innovation is not necessarily top of the list for US news consumers.

Tabatha Armstrong, an Alabama resident who has used both apps, said News Break gives her all the local information “that does impact her life”, while TopBuzz “mostly reports on celebrities”.

“I wanted a news app for news, not for which celebrities are getting married or divorced,” Armstrong said, adding that she deleted TopBuzz over a year ago but is still on News Break.

Besides partnering with established media organisations, TopBuzz welcomes individual publishers and any new user can post an article on the platform within a minute, by just providing an email address. This has led to some criticism from netizens that the app mixes up serious news content from reputable organisations with potentially fake information from unverified sources.

News Break appears more cautious when taking on new publishers. The registration requires the company name, homepage link and the number of daily articles before going to the next step.

TopBuzz’s “community guidelines” said that when users “exploit its recommendation system” by publishing inappropriate content or sharing fake news, it “will be removed immediately”.

A ByteDance spokeswoman declined to comment further on the matter.

A 2017 article by The Beijing News said that News Break is run by an independent team from Yidian Zixun, but the pair “are connected through stake ownership”.

Particle Media did not immediately reply to a request for comment on its most recent funding or relationship with the Chinese app.

Seven months ago, the company was looking for talent in Silicon Valley, as well as in Beijing and Shanghai on LinkedIn. Zheng, who founded both apps, said in a 2015 interview that entering Silicon Valley had been his “long-cherished wish”, and because there was no news app with a strong technological foundation there – this proved an opportunity.

The competition in the US may soon become obsolete though as ByteDance is reportedly seeking to sell TopBuzz. A company spokeswoman declined to comment on the matter.

A former TopBuzz employee, who wished to remain anonymous because the information is private, said ByteDance has set aside three years for the app to burn cash and run in the red in the US. If the app fails to monetise after that period, the company would consider an exit strategy. The app was launched four years ago, targeting the US, Japan, Brazil and Spanish-speaking markets.

Yidian Zixun does have one regulatory advantage over ByteDance – a licence from the powerful Cyberspace Administration of China to provide online news services. Only state media and internet giants like Tencent Holdings and Baidu have been granted such qualification in the country.

But as to their overseas ambitions, the current climate clearly weighs heavily.

“The future [for these Chinese companies] will depend to a large extent on how the US-China trade talks turn out,” said UBS’ Liu.
For more insights into China tech, sign up for our tech newsletters, subscribe to our Inside China Tech podcast, and download the comprehensive 2019 China Internet Report. Also roam China Tech City, an award-winning interactive digital map at our sister site Abacus.
#Mark Zuckerberg