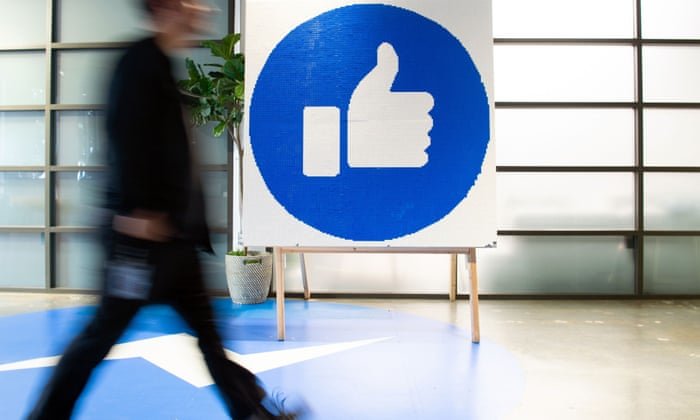 A letter to Mark Zuckerberg says the exemption is “a threat to what FB stands for” and called for the same standards as other adverts.
Hundreds of Facebook employees have signed a letter to executive Mark Zuckerberg decrying his decision to allow politicians to post advertisements on the platform that include false claims.

More than 250 employees signed the letter, which was posted on an internal communication message board for the company, the New York Times reported Monday. They expressed concern that Facebook “is on track to undo the great strides [its] product teams have made in integrity over the last two years”.

“Misinformation affects us all,” the letter said. “Our current policies on fact checking people in political office, or those running for office, are a threat to what FB stands for. We strongly object to this policy as it stands.”

Facebook has come under fire in recent weeks after the company rescinded an internal policy in late September, exempting political advertising from factchecking.

Previously the social network banned adverts containing “deceptive, false or misleading content” but later clarified this policy does not apply to paid advertisements from politicians.

Politicians including the senator and 2020 presidential candidate Elizabeth Warren and the representative Alexandria Ocasio-Cortez have publicly spoken out against this policy. Ocasio-Cortez tweeted her support of the employees who spoke out against the policy on Monday, calling them “courageous”.

Signed by a few hundred people, the letter represents just a portion of Facebook’s workforce of more than 39,000 full-time employees. But it represents the latest example of tech employees organizing to fight company policies they see as unethical.

In August, a group of employees known as Googlers for Human Rights posted a public petition urging Google to cease its contract with US Customs and Border Protection and in 2018 tens of thousands of Google employees walked out of campuses across the US to protest sexual harassment policies.

Since 2018, thousands of workers at Amazon have staged internal actions including a walkout in 2019 to protest the company’s impact on climate change. In February 2019 workers at Microsoft pushed the company to cancel a $480m contract with the US army.

The Facebook workers called for specific changes including holding political ads to the same standards as other advertising, stronger design measures to better distinguish political ads from other content, and restricting targeting for political ads. The employees also recommended imposing a silence period ahead of elections and imposing spend caps for politicians.