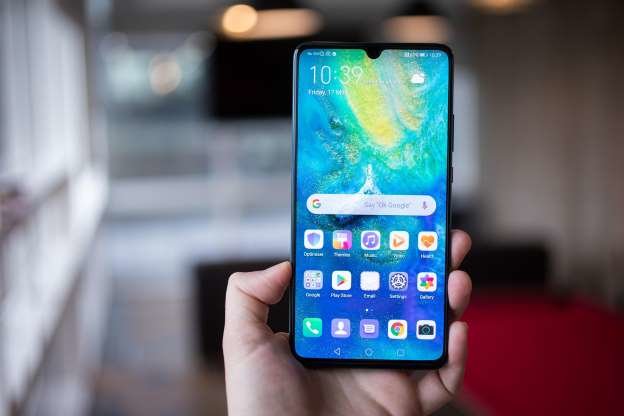 "Demand for 5G smartphones is higher than many expected," Ken Hyers, director at Strategy Analytics, said in a release. "Fierce vendor competition in China and heavy carrier subsidies across South Korea have been the main drivers of 5G demand. Other regions, like the US and Europe, are lagging behind Asia, but we expect them to close the gap later this year."

It's notable that Huawei sold more 5G phones than Samsung , given that the Chinese phone maker was banned from the US, one of the world's largest markets. As the Strategy Analytics report shows, almost all of Huawei's 5G phones were shipped in China. Popular models include the Mate 20 X 5G and Mate 30 Pro 5G, the report says.

Vivo landed at No. 3, with 2 million 5G phone shipments last year. It's followed by Xiaomi at 1.2 million shipments, and LG at around 900,000 shipments.

"Upcoming 5G models from Apple iPhone and other big brands mean 5G will be the hottest part of the worldwide smartphone market this year," Neil Mawston, executive director at Strategy Analytics, said in the release. "However, the recent coronavirus scare is currently restricting trade in some parts of China, and this may well cause a slowdown in 5G supply or demand across Asia or worldwide during the first half of 2020. Industry players should be prepared for bumpy 5G sales in some markets."
#Coronavirus