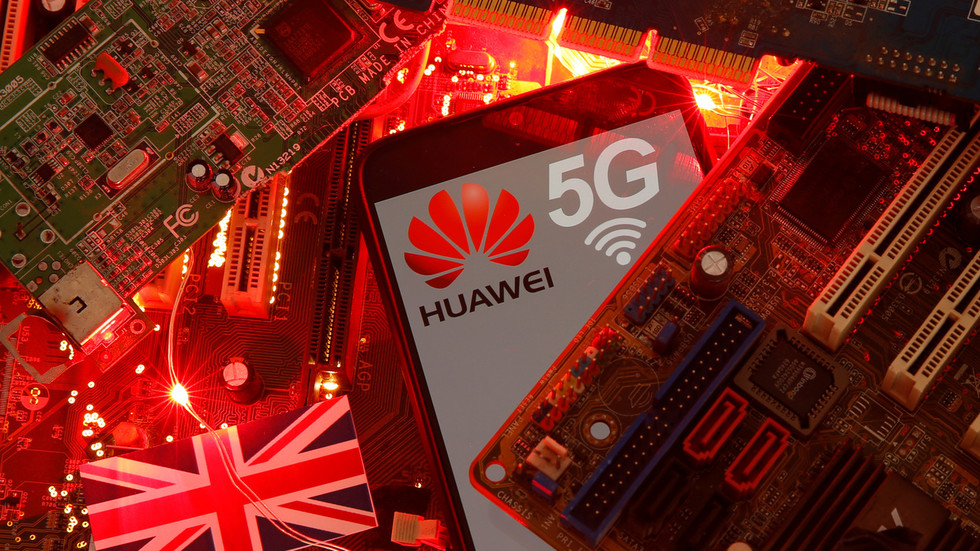 Huawei has argued that ending its role in 5G development in Britain would be a disservice to the country, as a Tory-backed review of the deal – as well as coronavirus-fueled panic – challenges the business relationship.
In a letter making the case for the Chinese tech giant, Huawei’s UK chief Victor Zhang noted that home data use has increased by 50 percent since the Covid-19 pandemic reached Europe – a surge that has put “significant pressure” on existing telecommunication systems.

He argued that development of the high-speed network would greatly benefit a rural community “stuck in a digital slow lane.”

“There are those who choose to continue to attack us without presenting any evidence,” Zhang noted.

In January, the firm was given the go-ahead to provide “non-core” elements for the UK’s 5G network. The longevity of the partnership remains an open question, however. In March, 38 Tory MPs rebelled on the issue, setting the stage for a major legislative battle when a bill is brought before parliament later in the year to sign off on telecoms infrastructure.

Although security concerns have been the primary motivator among lawmakers who oppose Huawei, the country’s budding 5G network has recently become the target of conspiracy theories about the coronavirus epidemic. Baseless rumors linking 5G mobile telecommunications masts with the spread of the Covid-19 illness have spread across the internet, forcing NHS England’s national medical director, Professor Stephen Powis, to denounce them as “complete and utter rubbish” and “the worst kind of fake news.”
#COVID-19  #Covid  #Coronavirus