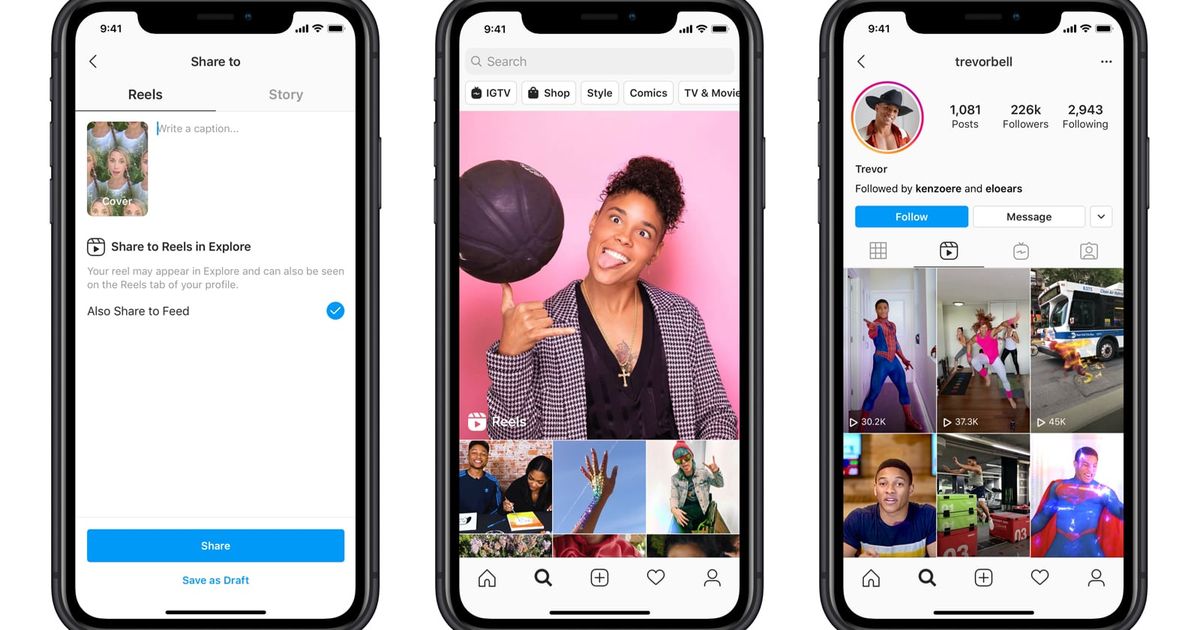 Instagram launched yet another way to create and share videos on the platform, with this one aimed at TikTok.

The Facebook-owned app announced Wednesday morning that its Reels feature has launched widely. It lets you create 15-second clips in the Instagram app and share either to your feed, your story, or a new, dedicated Reels page in the Explore tab.

With Reels, you can record and edit multi-clip videos with music, effects, and new creative tools. Share reels with friends on Feed or with the larger Instagram community in Explore. pic.twitter.com/Ac6s60ohJh

Stop me if you've heard any of this before: You can set Reels to music from Instagram's built-in music library or audio you've recorded. There are also AR effects, a countdown timer for hands-free filming, and the ability to adjust the speed of the clip. Of course, you can also edit multiple shots together in one clip instead of filming everything in one take.

If it sounds like TikTok, that's because it's basically TikTok. We've known about Reels since last year, so none of this is surprising. This is something of a golden age for apps trying to oust TikTok from its throne, though we're skeptical that anyone can actually pull it off without government assistance. Instagram's monthly active user count crossed 1 billion all the way back in 2018, so it's probably better equipped to succeed than most competitors.

If you've been avoiding TikTok, sorry, but you'll have to scroll past a bunch of TikTok-style videos you don't want to watch on Instagram in the near future.