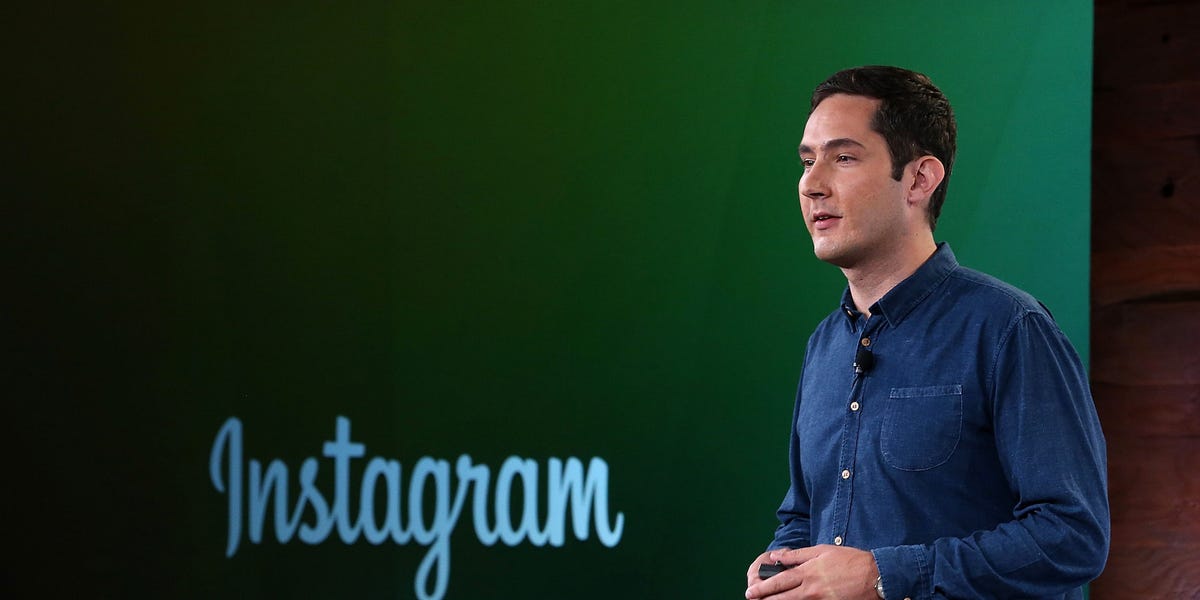 Instagram's founder on whether he'd sell to Facebook again: 'When someone comes and offers you a billion dollars for 11 people, what do you say?'

Kevin Systrom cofounded Instagram in 2010, and the company was acquired by Facebook for $1 billion in 2012. Systrom and his cofounder, Mike Krieger, left the company in 2018 reportedly because of "tensions" with Facebook CEO Mark Zuckerberg. Asked on Wednesday whether he would sell again, Systrom mentioned the staggering amount Facebook paid for the company.

If Kevin Systrom could do it all over again, he would probably still sell Instagram to Facebook.

The Instagram cofounder and former CEO made an appearance Wednesday at The New York Times' DealBook conference, where he was asked whether he'd go through with the acquisition again.

According to the NBC News reporter Dylan Byers, it would probably be a no-brainer.

"When someone comes and offers you a billion dollars for 11 people, what do you say?" Systrom responded.

Kevin Systrom on whether he’d do Facebook-Instagram acquisition again: “When someone comes and offers you a billion dollars for 11 people, what do you say?”#DealBook

Systrom left Instagram in 2018, six years after it was bought by Facebook for $1 billion. Systrom and his cofounder, Mike Krieger, reportedly decided to leave over "growing tensions with Mark Zuckerberg." Last October, Systrom said he "has a few more Instagrams, time-wise, in me."

Before leaving the company in September 2018, Systrom stopped posting on the platform. His last post was on May 20, 2018.