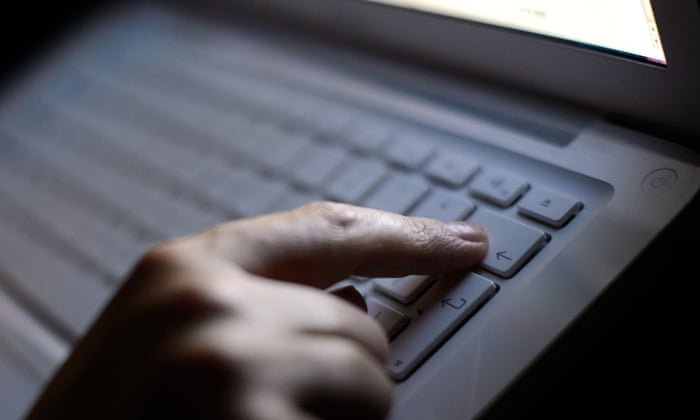 Internet 'is not working for women and girls', says Berners-Lee

Inventor of world wide web calls for urgent action to make cyberspace safer for women and girls
Women and girls face a “growing crisis” of online harms, with sexual harassment, threatening messages and discrimination making the web an unsafe place to be, Sir Tim Berners-Lee has warned.

The inventor of the world wide web said the “dangerous trend” in online abuse was forcing women out of jobs, causing girls to skip school, damaging relationships and silencing female opinions, prompting him to conclude that “the web is not working for women and girls”.

“The world has made important progress on gender equality thanks to the unceasing drive of committed champions everywhere,” Berners-Lee wrote in an open letter to mark the web’s 31st birthday on Thursday. “But I am seriously concerned that online harms facing women and girls – especially those of colour, from LGBTQ+ communities and other marginalised groups – threaten that progress.”

The warning comes a year after Berners-Lee launched the Contract for the Web, a global action plan to save the web from forces that threaten to drag the world into a “digital dystopia”. Without tackling misogynistic online abuse, the aims of the contract cannot be achieved, he said.

“It’s up to all of us to make the web work for everyone,” the letter states. “That requires the attention of all those who shape technology, from CEOs and engineers to academics and public officials.”

Berners-Lee highlights three areas that need “urgent” attention. First is the digital divide that keeps more than half of the world’s women offline, largely because it is too expensive, or they do not have access to the equipment or skills to use it.

Second is online safety: according to a survey by Berners-Lee’s Web Foundation, more than half of young women have experienced violence online, including sexual harassment, threatening messages and having private images shared without consent. The vast majority believe the problem is getting worse.

The third threat comes from badly designed artificial intelligence systems that repeat and exacerbate discrimination. “Many companies are working hard to tackle this discrimination. But unless they dedicate resources and diversify teams to mitigate bias, they risk expanding discrimination at a speed and scale never seen before,” he writes.

Amalia Toledo, a lawyer and activist at Fundación Karisma, a Colombia-based group that lobbies for a safer internet, said that women’s rights defenders and female journalists were targeted for abuse more than most.

“If they are talking about issues that are pressing in the country, questioning the status quo, or denouncing what the state is doing, they will receive a lot of attacks, and there are more and more coordinated attacks from trolls, attacking their bodies, their families or relationships, and insulting how they look,” said Toledo. “Their opinions are not even discussed.”

Fundación Karisma runs an online campaign, “Alerta Machitroll”, which calls out misogynistic attitudes and abuse online. “What victims are told all the time is ‘Oh, that’s nothing, ignore it, or close your account. But this has a big impact on people’s lives. They want to control women, they want women to be silent,” Toledo said.

Berners-Lee said the coronavirus outbreak showed how urgent it was to take action. As workplaces and schools are forced to close, the web should be a “lifeline” that allows people to keep working and children to be educated.

He called on companies and governments to tackle online abuse as a top priority this year. More data needs to be collected and published on women’s experiences online, while products, polices and services should all be designed based on data and feedback from women of all backgrounds, he said.

Finally, he urged governments to strengthen laws that hold online abusers to account, and the public to speak up whenever they witnessed abuse online.

Andy Burrows, head of child safety online policy at the NSPCC, said: “Tech firms are not neutral actors, and their decisions have real-world consequences. But for too long we’ve seen a piecemeal and often insufficient response from platforms that put users in harm’s way.”
#Coronavirus