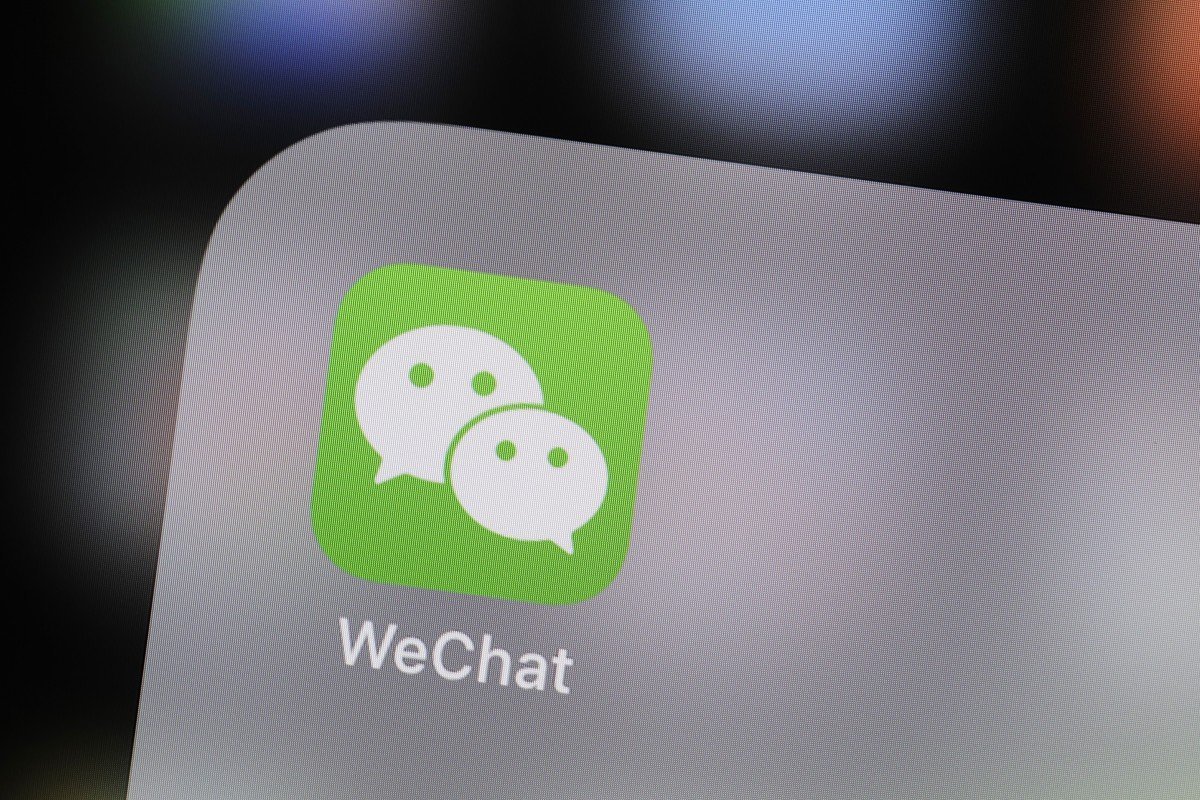 Is an iPhone in China any good if Trump bans WeChat?

iPhone shipments could drop as much as 30 per cent if Trump’s ban forces WeChat off the iOS App Store, analyst says.
Many Chinese Apple fans would hate giving up their beloved iPhones. But the reality is that users in China may not need their iPhones as much as they need WeChat, and a new executive order by US President Donald Trump could force them to choose between the two.

Last week’s order from the White House seeks to ban people and property under US jurisdiction from being involved with “any transaction that is related to WeChat.” The administration says further clarification on what transactions are banned will come later. But for now, the vaguely worded order has left many people confused. Some say this an intentional effort to dissuade US companies from operating in China.

Some analysts say it’s possible that Apple might have to stop offering Tencent’s popular messaging app on its iOS App Store worldwide. If that happens, the impact on Apple could be huge. By one estimate, global iPhone shipments could fall by as much as 25 to 30 per cent this year, according to TF International Securities analyst Ming-Chi Kuo, known for his Apple research.

Apple did not respond to questions about WeChat’s possible removal from the App Store.

Baffled WeChat users in China have been pondering what this means for them. When it comes down to it, though, it seems few will struggle to choose between iPhones and WeChat. In a Weibo poll asking people whether they would switch to a new smartphone or uninstall WeChat if the app disappears from iOS, more than 1.2 million out of 1.3 million people who voted indicated that they would get a new phone.

While a social media poll doesn’t represent all of China, the sentiment is real. It’s hard to overstate how essential WeChat is for Chinese smartphone users.

More than just a messaging app, WeChat is also one of China’s two largest mobile payment apps, accounting for nearly 40 per cent of the US$8.4 trillion in mobile payment transactions just in the last quarter of 2019.

WeChat is also where people get much of their news and follow their favourite bloggers on public accounts. And thanks the myriad mini programs offered in the app, users can also hail taxis, order food, shop, pay bills and do so much more all without ever leaving WeChat. Some liken the app to an operating system. This is on top of the network effect that locks people into the app that their friends and family use.

With this being the reality for most people in China, it’s easy to see how switching from iOS to Android might be less painful than for users elsewhere.

“Naturally, WeChat works the same on iOS as it does on Android,” tech analyst Ben Thompson wrote in 2017. “That, by extension, means that for the day-to-day lives of Chinese there is no penalty to switching away from an iPhone.”

WeChat is also important for the Chinese diaspora. Since it’s one of the few well-known messaging apps that isn’t blocked in China, it’s generally the only tool for overseas Chinese to stay connected to their family and friends inside the Great Firewall. Facebook, WhatsApp, Telegram and Line are all blocked. (But surprisingly, the security-focused app Signal currently remains accessible in China.)

Kuo suggests there is some room for optimism: Perhaps Apple will only be forced to remove WeChat from the App Store in the US. In this case, Apple might only see iPhone shipments fall 3 to 6 per cent, Kuo argues.

Apple is increasingly reliant on the China market, which Canalys estimates was the iPhone’s second biggest market last year behind the US. Apple’s latest earnings report shows that mainland China, Hong Kong, Macau and Taiwan account for more than 15 per cent of Apple’s revenue.

And iPhone sales are still growing in mainland China thanks to aggressive price cuts, as well as the popularity of the iPhone 11 and the budget-friendly iPhone SE. This is in spite of the fact that iPhones still only account for 9 per cent of all smartphone shipments to China, according to Counterpoint.

Kuo also warns that other Apple products could be affected by a WeChat ban. If Apple removes the app globally, shipments of other popular products like AirPods, iPads, MacBooks and the Apple Watch could shrink by 15 to 25 per cent, he says. If the app is only removed from the US App Store, shipments of these products might fall less than 3 per cent.

While Kuo notes that the US government theoretically wouldn’t want do anything that hurts Apple, it’s possible US President Donald Trump has his focus elsewhere: the 2020 presidential election. This might result in more “radical” moves from the Trump administration to appeal to voters, Kuo says.