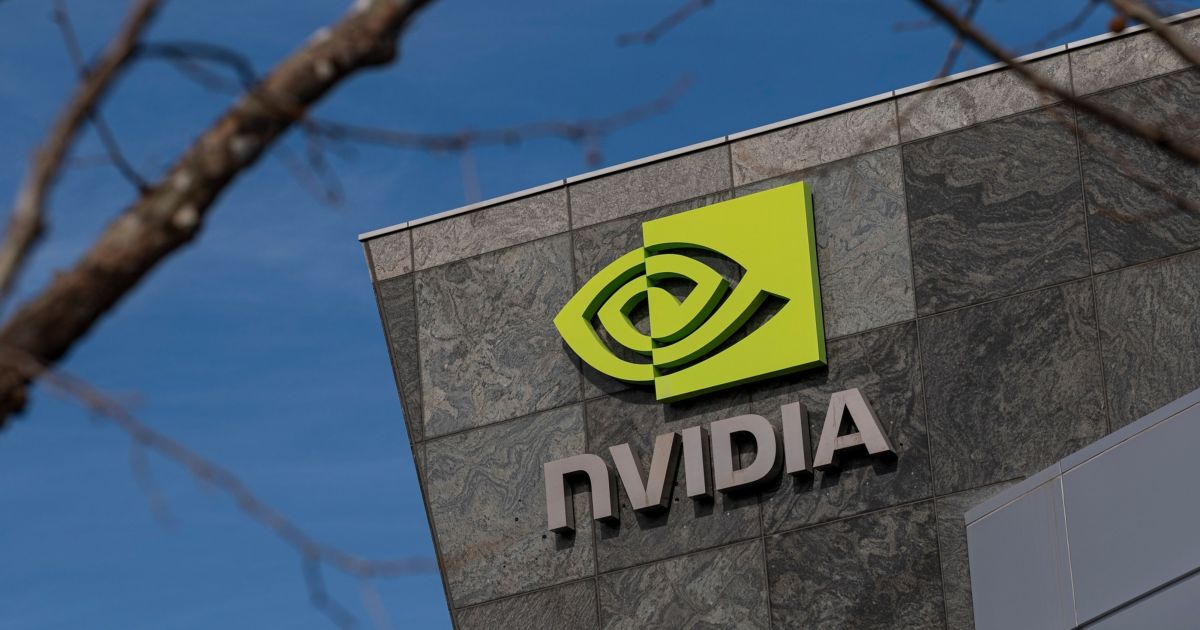 Nvidia Corp. is quietly preparing to abandon its purchase of Arm Ltd. from SoftBank Group Corp. after making little to no progress in winning approval for the $40 billion chip deal, according to people familiar with the matter.

Nvidia has told partners that it doesn’t expect the transaction to close, according to one person, who asked not to be identified because the discussions are private. SoftBank, meanwhile, is stepping up preparations for an Arm initial public offering as an alternative to the Nvidia takeover, another person said.

The purchase – poised to become the biggest semiconductor deal in history when it was announced in September 2020 – has drawn a fierce backlash from regulators and the chip industry, including Arm’s own customers. The U.S. Federal Trade Commission sued to stop the transaction in December, arguing that Nvidia would become too powerful if it gained control over Arm’s chip designs.

The acquisition also faces resistance in China, where authorities are inclined to block the takeover if it wins approvals elsewhere, according to one person. But they don’t expect it to get that far.

Both Nvidia and Arm’s leadership are still pleading their case to regulators, according to the people, and no final decisions have been made. And through it all, the companies have publicly maintained their commitment to the purchase.

“We continue to hold the views expressed in detail in our latest regulatory filings – that this transaction provides an opportunity to accelerate Arm and boost competition and innovation,” Nvidia spokesman Bob Sherbin said.

“We remain hopeful that the transaction will be approved,” a SoftBank spokesperson said in an emailed statement.

Shares in Nvidia fell as much as 5.6% in New York on Tuesday. SoftBank’s U.S. depository shares fell 4.8%. 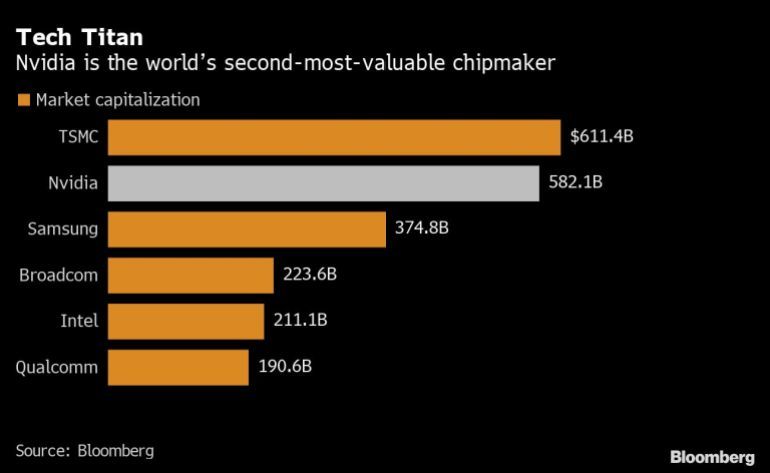 If Nvidia manages to get the deal over the line, it would be a massive coup for Chief Executive Officer Jensen Huang, who has built a graphics-card business into a chipmaking empire. Already, he’s sitting atop the most valuable U.S. company in the semiconductor industry, with a market capitalization of more than half a trillion dollars.

But it will be an uphill fight. Qualcomm Inc. pulled the plug on its $44 billion takeover of NXP Semiconductors NV in 2018 after nearly two years of regulatory hurdles.

The sale of Arm is under heavy scrutiny because its chip designs are used in everything from phones to cars to factory equipment, making neutrality the foundation of its business model. The world’s biggest tech companies rely on Arm technology, and they fear they could lose unfettered access under Nvidia.

Tech giants have lined up against the takeover. A group that includes Qualcomm, Microsoft Corp., Intel Corp. and Amazon.com Inc. have provided regulators around the world with what they believe is enough ammunition to kill the deal, according to people familiar with the process. In addition to needing approval in the U.S. and China, the Arm purchase needs clearance from the European Union and the U.K., both of which are studying the deal closely.

The ordeal has created divisions within Nvidia. Some people at the company are resigned to the acquisition’s defeat, but others think management could use the FTC trial to demonstrate the merits of the transaction.

Within SoftBank, there are factions that want to let the process play out – especially since a gain in Nvidia’s stock price has made the transaction more valuable. Even after a recent tumble, Nvidia shares have nearly doubled since the Arm deal was announced. That’s added tens of billions of dollars to the initial $40 billion price tag.

Others at SoftBank would prefer to pursue an IPO for Arm sooner, while the chip industry is still considered attractive to investors. Already, concerns about a slowdown are growing.

The initial agreement between Nvidia and SoftBank expires Sept. 13 – two years after it was forged – but will automatically renew if approvals take longer. Nvidia said at the outset that closing the transaction would take “approximately 18 months.” That timeline would suggest completion around March of this year — something that’s no longer likely.

The FTC lawsuit alone could take months. And the European Commission and the U.K.’s antitrust watchdog will have to weigh in.

SoftBank and Arm are entitled to keep $2 billion Nvidia paid at signing, including a $1.25 billion breakup fee, whether the deal goes through or not.

Nvidia also has to get signoff from Chinese authorities at a time when trade tensions are running high. The U.S. has sought to prevent China’s semiconductor industry from getting access to the latest technology. Many of the country’s fledgling chipmakers are Arm customers, giving Beijing extra incentive not to let the technology pass into U.S. ownership.

In arguing against the deal, companies like Qualcomm, Intel and Google have said that Nvidia can’t preserve Arm’s independence because it’s an Arm customer itself. Nvidia, the largest maker of graphics chips, competes with Intel in server processors and is expanding into new areas that would put it in direct competition with many other Arm licensees.

Nvidia also supplies chips to businesses such as Amazon’s AWS and Microsoft’s Azure, providing technology that handles artificial intelligence processing in data centers. Those companies also are developing their own chips, making Nvidia both a supplier and a potential rival.