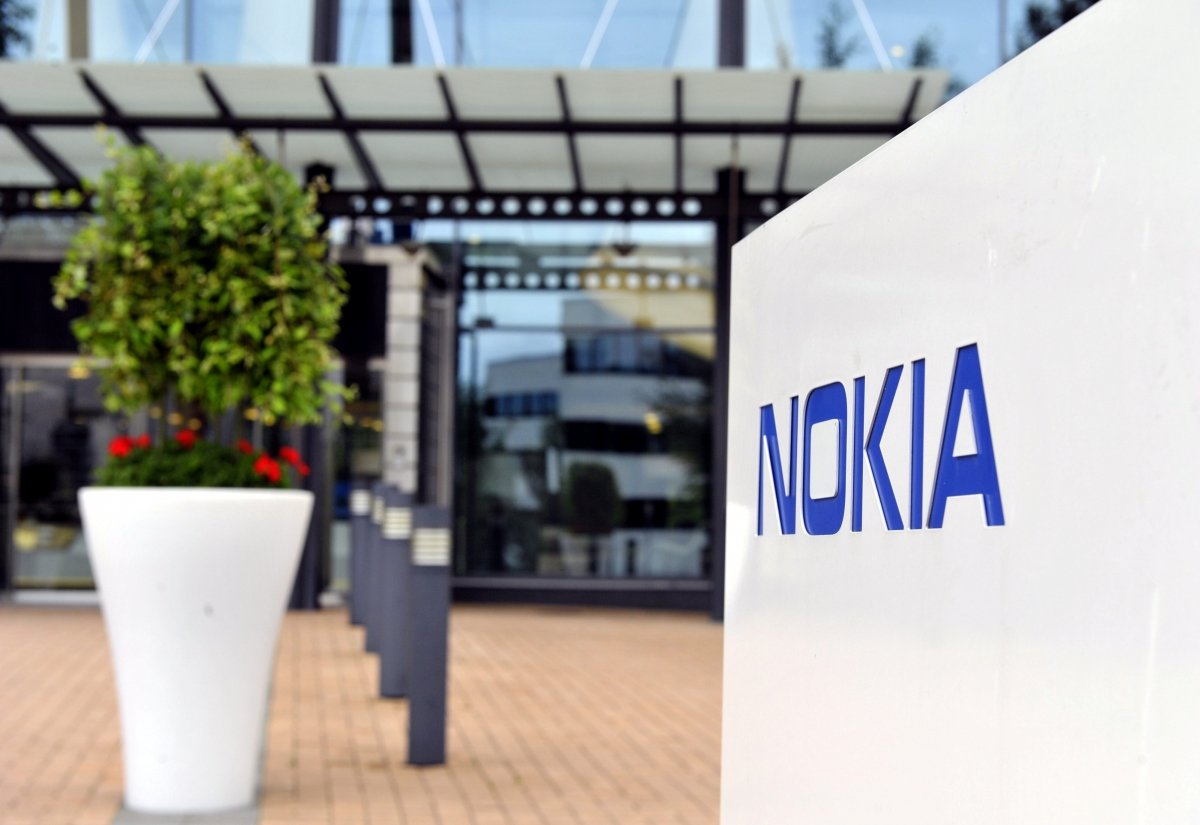 Is Nokia About to Be Smashed Into Little Pieces?

In Finland’s epic national poem, the Kalevala, a hero is tasked with retrieving the mythical sampo, a mill capable of producing salt, meal and gold that is a talisman of happiness and prosperity.
It’s a task that now befalls Pekka Lundmark, the executive appointed chief of Nokia Oyj on Monday with a mandate to return the troubled Finnish network-equipment maker to more prosperous times.

The time is right for his predecessor Rajeev Suri to hand over the reins. Appointed head of Nokia’s networks division in 2009, Suri became CEO in 2014 as that business became the firm’s main operation after the sale of the handset arm to Microsoft Corp. He has overseen the reshaping of a company that at the dawn of the millennium was one of the world’s biggest, with a market capitalization peaking at $290 billion in 2000, and the pride of Finnish industry.

By acquiring French rival Alcatel-Lucent in 2016, he ensured that Nokia remained one of the top three suppliers of telecoms equipment, even as China’s Huawei Technologies Co. spent aggressively to leapfrog it and Sweden’s Ericsson AB to become the biggest player.

But that takeover also caused problems for which Suri now seems to be paying the price. Nokia’s revenue grew more slowly than either of its two biggest competitors last year. Difficulties integrating the French company proved a distraction as the telecommunications industry started developing fifth-generation network technology. Carriers complain that Nokia now lags Ericsson and Huawei technologically, and the Finnish firm has struggled to compete on cost. Suri will hand over the reins in September.

Chairman Risto Siilasmaa said Nokia aims to resolve shortcomings in the semiconductors used in its base stations this year, which ought remedy some of the tech concerns. Siilasmaa already planned to step down, to be replaced in April by Sari Baldauf.

All of those missteps had helped drive shares of Nokia in its current form close to their all-time lows as a multiple of expected earnings. The stock was trading at less than 14 times forward earnings before the management change was announced. It traded as high as 29 times earnings on that basis in Suri’s first year at the helm.

That downward trajectory makes Nokia vulnerable to an approach from an activist investor who could seek a breakup of the company. Replacing the CEO might help the company get ahead of the problem. And it surely can’t be a coincidence that Lundmark’s appointment follows that of Baldauf as chair of Nokia’s board: While in the same role at Fortum Oyj, she appointed Lundmark to his current job as CEO of the Finnish utility. Under his leadership, the firm has outperformed its European peers, generating an 80% return for shareholders.

One recent event will give Lundmark some breathing space: U.S. regulators’ decision to approve the acquisition of Sprint Corp. by rival carrier T-Mobile US Inc. The delayed deal, which was first agreed two years ago, has meant that some spending decisions have also been pushed back. Both companies are big Nokia customers, which might help earnings this year.

But Lundmark might also learn from the Kalevala. In the poem, the quest results in a fight that sees the sampo smashed into little pieces. Lundmark has been made responsible for determining Nokia’s strategy, which will include deciding whether Suri’s approach to offering an “end-to-end” network solution still makes sense, or whether some businesses are worth divesting. If he dithers, then activists might take the decision out of his hands and lead Nokia to a sampo-like fate.