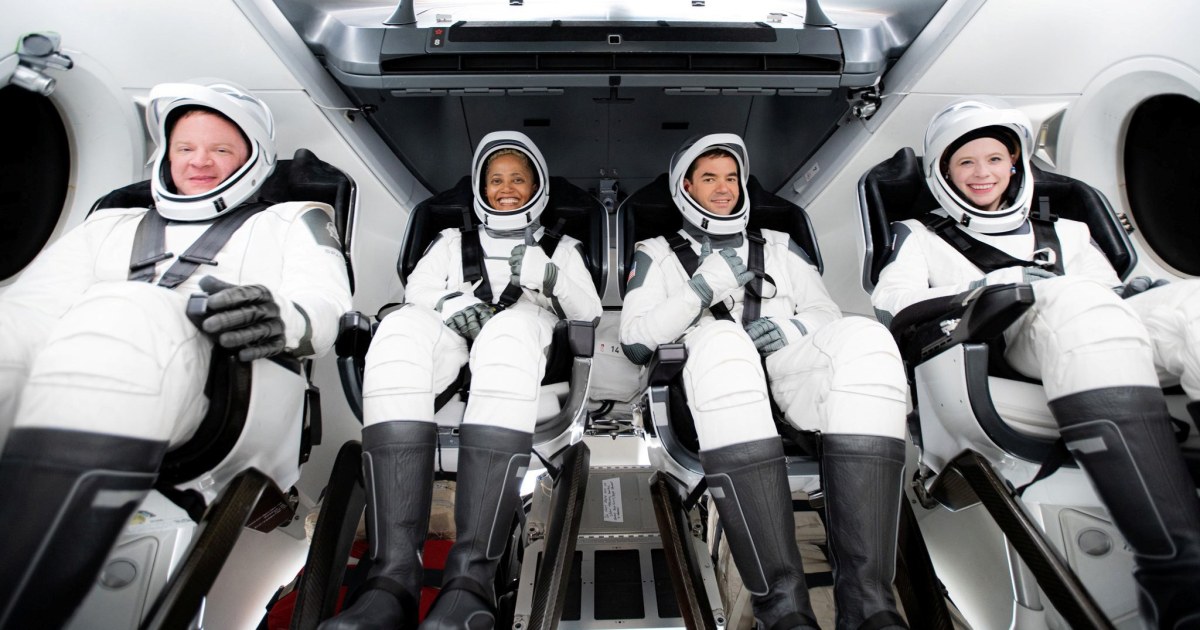 Is space the new safari? Some wealthy travelers are ready to take the next step.

It will take a sizeable budget, but for many extreme adventure travelers, space could soon be as accessible as places like Mount Everest.

A trip to space has rocketed to the top of travel bucket lists for those who can afford it, after successful suborbital jaunts by Jeff Bezos’ Blue Origin, Richard Branson’s Virgin Galactic, and SpaceX's launch of four civilians into orbit on Wednesday.

The well-publicized trips are bringing space travel up a notch on an extreme — and pricey — travel menu that already includes adventures such as climbing Mount Everest, skiing in Antarctica, and a wilderness safari in Africa.

“For many extreme adventure travelers, we are there now where space is as accessible as Mount Everest and other places,” said Joshua Bush, CEO of luxury travel agency Avenue Two Travel and an accredited space agent for Virgin Galactic. “It will take a sizeable budget and a lot of planning — but the successful launches this past summer indicate all systems go.”

While many people inquiring about booking space travel are aviation and space enthusiasts, others see this as "the next great adventure to a place fewer than 1,000 people have been to before," Bush said. "Others see this as the dawn of a new industry and how they, too, can be pioneers.”

“These future astronauts all have unique and personal reasons for going. Their common thread is a passion just to go,” he said.

There are more ways for people to get to space now than ever before, said Geoff Nunn, adjunct curator for Space History at the Museum of Flight in Seattle.

“Space is definitely opening up. There are other options for those who might want something more ambitious,” Nunn said, including space tourism company Space Adventures, which books flights to the International Space Station aboard a Russian Soyuz spacecraft.

For suborbital flight tickets, Virgin Galactic already has a waiting list of about 600 customers who reserved flights for $250,000. However, the company recently raised its prices to $450,000 a seat, and increased the deposit to $149,000,” Nunn said.

Blue Origin has not yet made its prices public, but the company auctioned off a seat on its first spaceflight for $28 million.

There are some lower-cost options to get a seat on a space flight.

Later this month, Virgin Galactic and charity fundraising platform Omaze will announce the winner of a contest held over the summer to give away a pair of seats on an upcoming commercial spaceflight.

But even with a ticket, the wait time to get on a commercial suborbital flight may be long.

“For suborbital there will be very limited opportunities over the next few years,” said Tom Shelley, president of Space Adventures. “Virgin and Blue Origin have demonstrated their long-talked-about capability. But now they need to go from showing it can be done once to doing these safely and regularly.”

That could take years, Shelley said. “But this is the beginning of that transition from being a dream and a possibility, to becoming a regular scheduled flight reality.”

While waiting and saving up for their space flights, citizen astronauts have other issues to consider.

"Leaving the atmosphere is hard, and you want to make sure you understand the danger and the safety precautions in place before agreeing to go,” Nunn said. “Regulations around space tourism are still being worked out and participants fly under informed consent requirements for the time being.”

Even billionaire Amazon founder Jeff Bezos could not get insurance for his trip to space.

Back in 2012, Gregory Schneider won a ticket for a suborbital space trip, presented to him by astronaut Buzz Aldrin, in a contest sponsored by Seattle’s Space Needle and Space Adventures. Contestants had to complete a series of challenges, including a tethered outdoor walk on the top of the 520-foot-tall Space Needle.

“The prize was for a flight that was going to be on a rocket being built by Armadillo Aerospace, which went out of business a few years later,” Schneider said. “Then, one of the Virgin Galactic spaceships exploded, and it seemed like this space trip wasn’t going to be happening any time soon.”

Schneider asked for the $110,00 cash value of the prize and paid off his law school student loans.

Now that suborbital flights are a reality, Schneider says he is "a little nostalgic and a little disappointed" that he no longer has a ticket.

“But I’m optimistic that the technology will improve, and the price will come down,” he said.