The voyages of Christopher Columbus helped Europeans discover America, but the famous explorer’s own origins have long been a matter of controversy. But now scientists are hoping to shed light on them thanks to the latest advances in genetic technology.

The voyages of Christopher Columbus helped Europeans discover America, but the famous explorer’s own origins have long been shrouded in mystery.

But now scientists are hoping to shed more light on the great man’s ancestry - thanks to the latest advances in genetic technology.

Tests being carried out on Columbus’s bones the University of Granada will seek to determine whether he was indeed born in Genoa, as most historians think, or whether, as some others believe, he had Spanish, Portuguese, Croatian or even Polish origins.

José Antonio Lorente, professor of legal and forensic medicine at the University of Granada, is one of the scientists leading the project.

He told Euronews' Good Morning Europe show: “What we have now is next-generation sequencing, which is a much more robust and sensitive technology and besides that, we have a lot more forensics to compare: there have been many papers published that give us information about the ethnic and geographical origins of people, so this together means that hopefully, we’ll get positive results.”

Professor Lorente says that though the theory of Genoan origins is the one most favoured by historians, other outcomes cannot be ruled out.

“It is clear that there are some other theories, some of them very consistent, with very logical reasoning, and a lot of data, what we try to do is to offer scientific data that can be interpreted by historians,” he added. 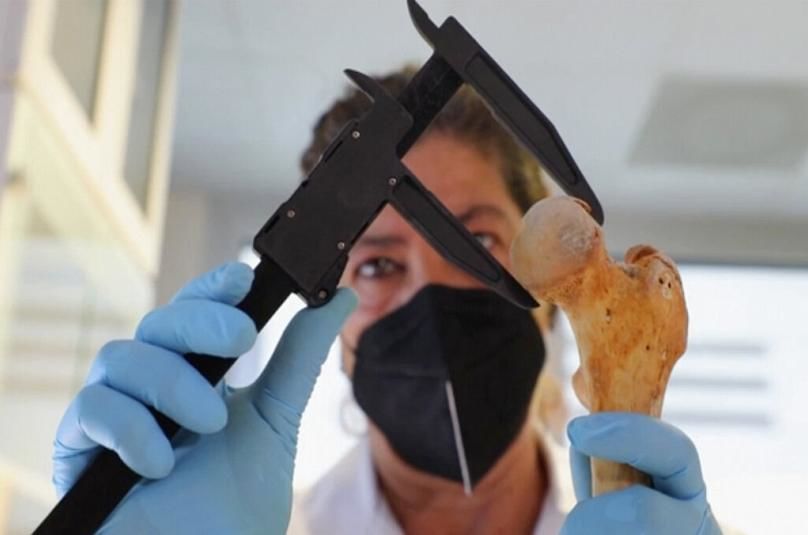 In this grab taken from video, Inmaculada Aleman, Professor of Physical Anthropology measures a bone from the alleged remains of Christopher Columbus and family members

Genetic comparisons with identified individuals will be able to determine whether they have a family connection. Even without direct individual matches, it is also possible to draw more tentative conclusions based on regional comparisons.

“We are just starting,” says Professor Lorente. “There will be great progress in the next ten to fifteen years.”

Watch the full interview with Professor Lorente in the video player, above.