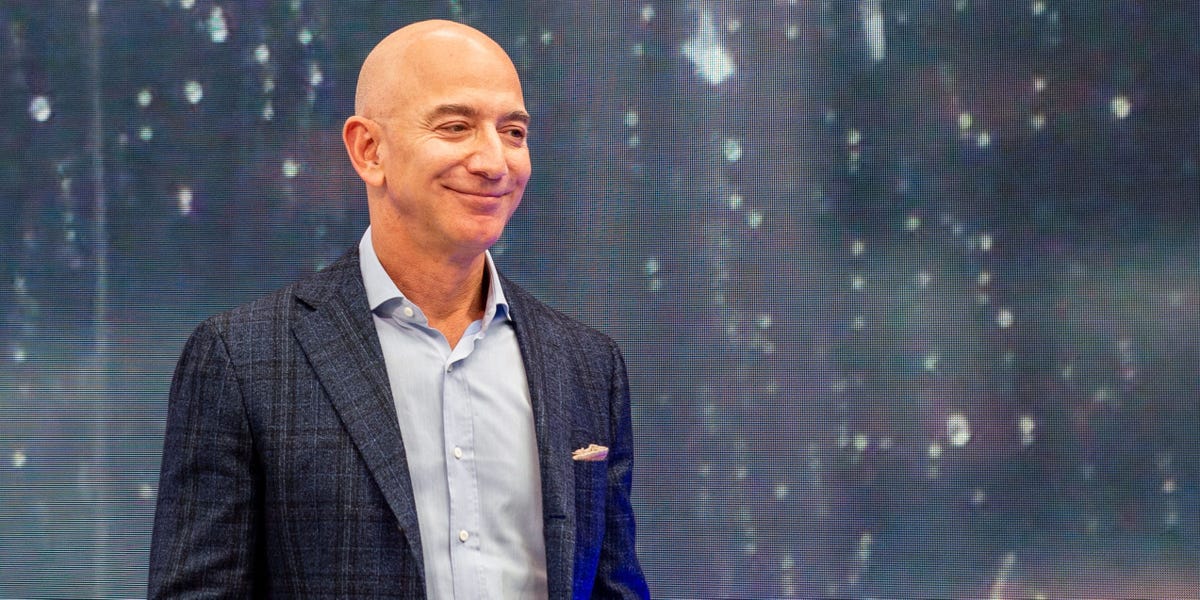 Jeff Bezos responds to employee question about his resignation as CEO, says Amazon can 'out-survive any individual in the company, including, of course, myself'

Amazon CEO Jeff Bezos reassured employees on Tuesday that his resignation would not end up hurting Amazon's culture or internal framework.
Jeff Bezos wants Amazon employees to know that he's not leaving the company when he steps down as CEO later this year — and that the retailer's culture is built to outlast any individual departures, including his own.

At an internal, all-staff meeting on Tuesday, which was reviewed by Insider, Bezos reiterated that he would be involved in product development work in his new role as executive chairman, which he will move into in the third quarter of 2021. Though it's a message that he shared in his February announcement, Bezos made clear again during the meeting that his passion for invention is what drove the decision to take his new position.

"The heart of what gets me up in the morning is invention — I'm an inventor at heart," Bezos said during the meeting, which was held virtually due to the pandemic. "And so I'm going to spend time as Amazon's executive chair in that role, helping with new product initiatives, helping other people inside the company own their invention skills."

Amazon holds these all-staff meetings, which are broadcast to most of the company's 1.3 million employees worldwide, only twice per year. This meeting is likely Bezos's last as CEO.

On the surface, Bezos's new role is not too different from what he's been doing the last several years. As Amazon grew into a massive company involved in all types of businesses, Bezos started spending less time on the day-to-day operations in recent years, focusing on more long-term projects, like secretive hardware initiatives and his space company Blue Origin.

But with the pandemic disrupting Amazon's supply chain and increased public scrutiny over its business practices, Bezos had returned to a more engaged role over the past year, often directly overseeing the company's response, as Insider previously reported.

The new executive chairman role will allow Bezos to hand off the most onerous parts of being Amazon's CEO, such as testifying before Congress in response to antitrust allegations, while still having fun as part of the company's most interesting projects. Andy Jassy, the CEO of the Amazon Web Services cloud business, will take over Bezos's job in the third quarter.

During Tuesday's meeting, Bezos also reassured employees that his resignation will not end up hurting Amazon's culture and internal framework. He said Amazon's famous leadership principles, which is used internally to drive almost every key decision, and a "deep leadership team" in place will continue to keep the company growing, even after he ultimately leaves.

"We've been working for decades to build a lasting company, one that can out-survive any individual in the company, including, of course, myself," Bezos said. "We have a culture and a set of principles which can guide us ... When we stick to these things, this company has a long, long runway."