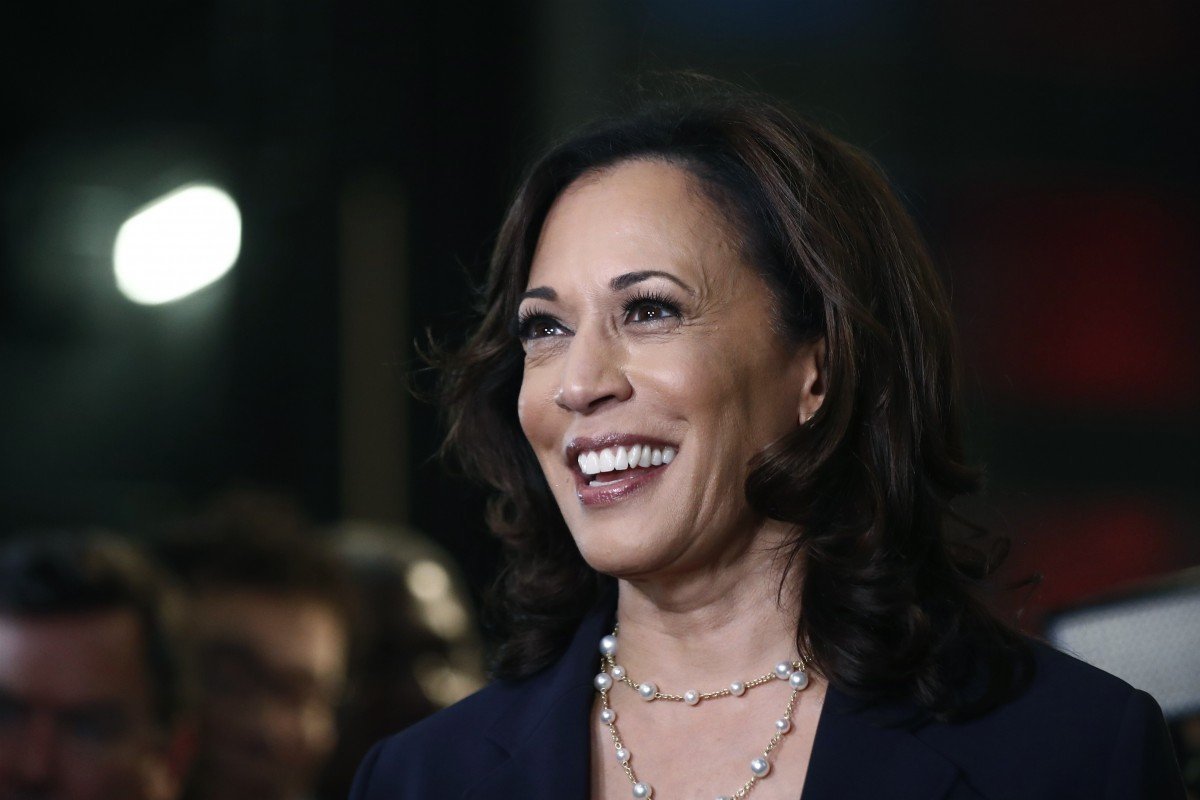 Democratic presidential candidate Joe Biden named Senator Kamala Harris as his vice-presidential pick on Tuesday, ending weeks of speculation over who his running mate will be in the November US election.

“I have the great honor to announce that I’ve picked @KamalaHarris – a fearless fighter for the little guy, and one of the country’s finest public servants – as my running mate,” Biden posted on Twitter.

The 55-year-old California senator is the first Black woman on a major presidential ticket in US history. Biden had earlier made it clear that he would choose a woman for the role, with Harris and Susan Rice, former national security adviser to President Barack Obama, considered top contenders.

With social unrest over racial injustice and police brutality against Black Americans rocking the country for months, Biden had been under increasing pressure to select a woman of colour as his running mate. Harris is also the first Asian-American on a major presidential ticket: her mother was born in India.

I have the great honor to announce that I’ve picked @KamalaHarris — a fearless fighter for the little guy, and one of the country’s finest public servants — as my running mate.

“@JoeBiden can unify the American people because he's spent his life fighting for us. And as president, he'll build an America that lives up to our ideals,” Harris tweeted. “I'm honored to join him as our party's nominee for Vice President, and do what it takes to make him our Commander-in-Chief.”

Biden and Harris will make their first joint appearance as a presidential ticket on Wednesday in his hometown of Wilmington, Delaware, the campaign said.

.@JoeBiden can unify the American people because he's spent his life fighting for us. And as president, he'll build an America that lives up to our ideals.

I'm honored to join him as our party's nominee for Vice President, and do what it takes to make him our Commander-in-Chief.

The United States has never had a woman vice-president, and the move comes four years after the country’s first female presidential nominee from a major party, Hillary Clinton, lost her White House bid.

“Back when Kamala was Attorney General, she worked closely with Beau. I watched as they took on the big banks, lifted up working people, and protected women and kids from abuse. I was proud then, and I'm proud now to have her as my partner in this campaign,” Biden said on Twitter.

The former vice-president was referring to his late son, Beau Biden, who had served as the attorney general of Delaware. Harris was previously California’s attorney general. She is well known for her sometimes aggressive questioning style in the Senate, most notably of Brett Kavanaugh during his 2018 Supreme Court confirmation hearing.

“To see a Black woman nominated for the first time reaffirms my faith that in America, there is a place for every person to succeed no matter who they are or where they come from,” said US congresswoman Val Demings, who is Black and was also considered as Biden’s running mate.

The stakes for Biden’s vice-presidential pick are high, as his age has been a main target for President Donald Trump, who has attempted to raise doubt on his cognitive ability.

Trump’s campaign immediately criticised Harris, mocking her as the 77-year-old Biden’s “political living will” in a statement.

“In her failed attempt at running for president, Kamala Harris gleefully embraced the left’s radical manifesto,” said Katrina Pierson, campaign senior adviser for Trump, 74. “She is proof that Joe Biden is an empty shell being filled with the extreme agenda of the radicals on the left.”

The president himself was quick to respond to the announcement on Tuesday, tweeting a video that labelled his opponents “Slow Joe” and “Phoney Kamala”.

Trump said he was “a little surprised” that Biden selected Harris as his running mate, saying she had been “nasty” to the former vice-president in primary debates.

“She was my number one pick” to run with Biden, Trump said at a Tuesday news conference.

Trump attacked Harris for her questioning of Brett Kavanaugh over sexual misconduct allegations during his Senate confirmation hearings to join the Supreme Court.

“I thought she was the meanest, the most horrible, the most disrespectful of anybody in the U.S. Senate,” Trump said.

Earlier on Tuesday, Trump had criticised his rival’s vice-presidential selection process, saying that some men are “insulted” by Biden’s decision to promise to select a woman as his running mate.

In an interview with Fox Sports Radio, Trump said: “I would be inclined to go a different route than what he’s done”, indicating that Biden “roped himself off into, you know, a certain group of people”.

“And because of his insulting negligence and erratic, failed leadership, over 5 million Americans have been infected with coronavirus, over 160,000 died, and tens of millions remain jobless,” Bates said in a statement.

Former Republican vice-presidential nominee Sarah Palin congratulated Harris - and offered some advice on how best to fill the role.

“Congrats,” Palin wrote in an Instagram post. “Climb upon Geraldine Ferraro’s and my shoulders, and from the most amazing view in your life consider lessons we learned.”

A former Alaska governor, Palin was John McCain’s running mate in 2008. Democrat Ferraro ran with Walter Mondale in 1984.
Palin’s post included a series of tips for Harris, including “trust no one new,” “fight mightily to keep your own team with you,” “don’t get muzzled” and “don’t forget the women who came before you”.

She also warned Harris that “yahoos running campaigns will suffocate you with their own self-centered agenda“ and urged Harris to “stay connected with America as you smile and ignore deceptive ‘handlers’ trying to change you”.

McCain and Palin were defeated in 2008 by Barack Obama and his running mate, Biden. 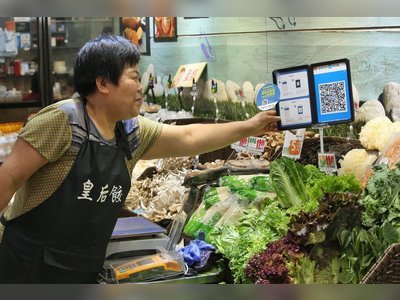 The Lis and Tungs invested in Ant Group in the fintech company’s US$14 billion private-equity funding round in 2018 before it filed its dual-listing application on Shanghai’s St... 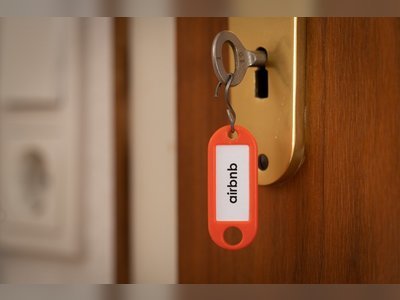 Despite crackdown, Airbnb says it can help Hong Kong tourism bounce back faster when Covid-19 subsides, has no plans to exit city

Struggling amid travel shutdown, homeowners who use app also at risk of dramatically increased fines and jail terms when new law takes effect 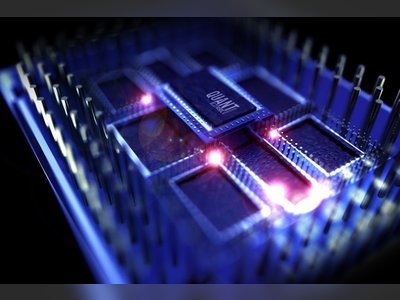 However, China’s strength decreases the further the conflict arena is from the mainland: defence expert. 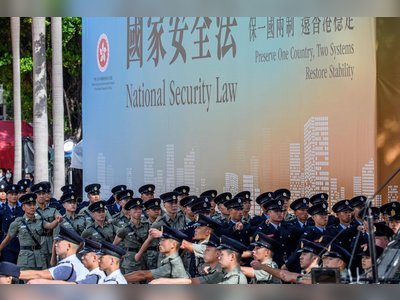 Tech giant’s move will make it more difficult for the Hong Kong government to collect data. Google spokesman says that following the activation of the legislation it has not pro... 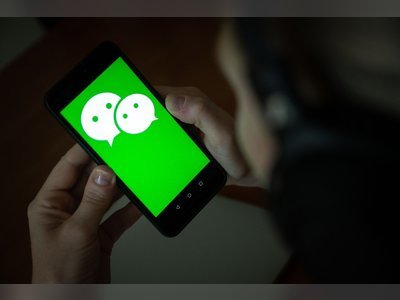 Give up WeChat or lose your iPhone? Chinese users wait to see what impact Trump ban will have

The US President’s executive order banning the messaging app in America could hit business communications. Apple customers worry WeChat could be pulled from app stories, leaving... 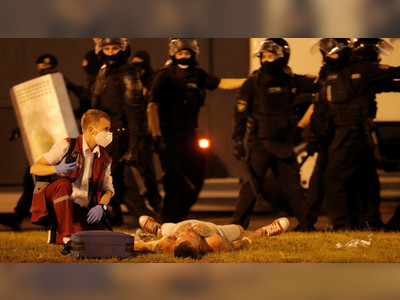 After police in Belarus violently dispersed protests against election results, arresting thousands, the country’s police minister apologized to ‘random’ people caught up in the ...

The Robot Revolution Is Happening-Like It or Not

Nearly every company across every industry is looking for new ways to minimize human contact, cut costs and address the labor crunch in repetitive and dangerous jobs.

American democracy seeks to reinvent itself

Google announced this Tuesday the launch of an earthquake alert system, which will allow Android phones to act as seismographs.

Google has announced its latest update for Google Maps on iOS, bringing two important features: support for CarPlay’s latest and greatest feature, as well as the return of an Ap...

Mobile device maker HMD Global has announced a $230M Series A2 — its first tranche of external funding since a $100M round back in 2018 when it tipped over into a unicorn valuat... 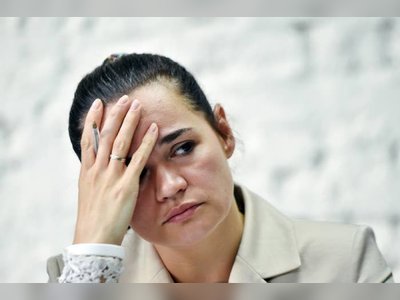 “God Forbid You Ever Have To Face The Choice That I Faced." Belarus's Opposition Candidate Has Fled The Country As The Government Cracks Down.

How Smartphone Cameras Told the Story of Police Brutality

In the last decade, the smartphone has become a tool for witnessing police violence toward African Americans. From the 2009 killing of Oscar Grant to the 2020 killing of George ...

“Digitalisation is our ticket,” Jennifer Potter-Questelles, deputy managing director of corporate services at the Financial Services Commission, said last week during the FSC’s ...