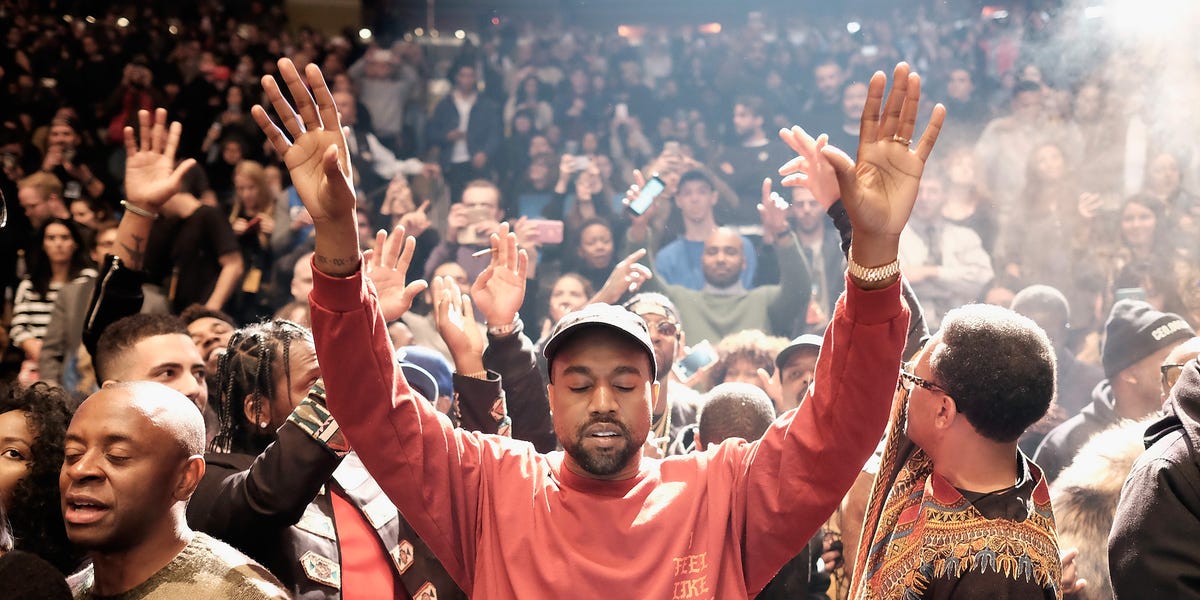 He had less flattering things to say about Facebook's Mark Zuckerberg, whom West had famously asked to invest $1 billion into his ideas. West called social-media apps like Instagram "modern-day cigarettes" and said his meetings and conversations with Zuckerberg were "completely different" from his talks with Dorsey.

West called Dorsey "just incredibly smart, visionary," and praised his history as a founder of both Twitter and Square, a payments service.

Referring to Square's testing a stock-trading service in its Cash app that would allow people to buy shares in holding companies like Warren Buffett's Berkshire Hathaway, West said Dorsey has "created an app where someone can buy into that stock at a dollar." West also said Dorsey was one of the first people who wanted to invest in him.

He talked about the different visions of founders and investors and of his respect for founders.

When Lowe asked which founders West was speaking to, West responded: "All of them. Give me a call."

West said "every founder on the planet" would have to look him in the eye when he becomes president of the US. "I will forgive - but I will remember - any founder that didn't have the capacity to understand, culturally, what we were doing," he said.

West doesn't appear to be a big fan of Mark Zuckerberg, the Facebook CEO he famously asked to invest $1 billion into his ideas.

"It is the modern-day cigarettes," he said, echoing a favorite line of Salesforce CEO Marc Benioff, who has called Facebook the "new cigarettes."

West said in the interview that he'd struggled with sex addiction for decades, and he likened photos on apps like Instagram to what pornography was like for him growing up.

Dorsey has also taken digs at Zuckerberg recently, including at a Twitter News Summit on Thursday when he called Zuckerberg's attempt to rewrite Facebook's founding as a response to the Iraq War "revisionist history."

Finally, West emphasized that he no longer considers himself an entertainer but a "Christian innovator" and announced that he was working on a music-related device with the Swedish music-technology company Teenage Engineering.
#Mark Zuckerberg