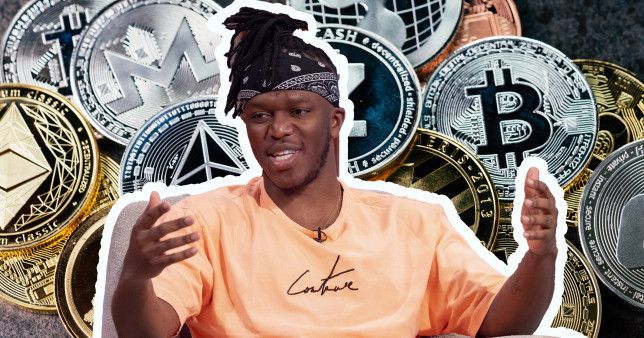 KSI reveals he lost a massive £7million in Bitcoin

KSI has brushed off losing a whopping £7million after investing £2m in cryptocurrency, insisting there’s ‘no point crying over spilt milk’.

The YouTuber, 28, made the revelation during the Private Parts podcast with Made In Chelsea stars Jamie Laing, 32, and Alex Mytton, 30.

Jamie quizzed: ‘I heard you put a lot of money into Bitcoin?’

He went on: ‘I put two million last November, December. I made seven million, now I’ve lost it all.’

In stunned amusement, Alex suggested he simply release another song to make up his losses, saying: ‘Sick! Banging! Release another EP mate.’

KSI first registered on YouTube in 2009 and built up a following posting commentary videos as he played FIFA football video games.

He later branched out into vlog and comedy content and has more than 36million subscribers combined from his two YouTube channels and more than 8.6billion views.

In 2015 he launched himself into music and started making comedy rap videos, with his 2015 debut single Lamborghini charting at number 30 on the UK singles chart but more recent songs soaring into the top 10 in different countries around the world.

He has also boxed US influencer Logan Paul, winning at the Staples Center in Los Angeles in 2019.

However, despite his success, KSI admits he never expected to have the social media following he does today, telling Jamie and Alex: ‘Everyone enjoyed doing it but never thought we’d make money from it or get famous from it!’

He added: ‘I always say I’m not talented, I’m a clean slate, I came out of my mum’s womb and through the culture became who I was, hard work allowed me to get to this position.’