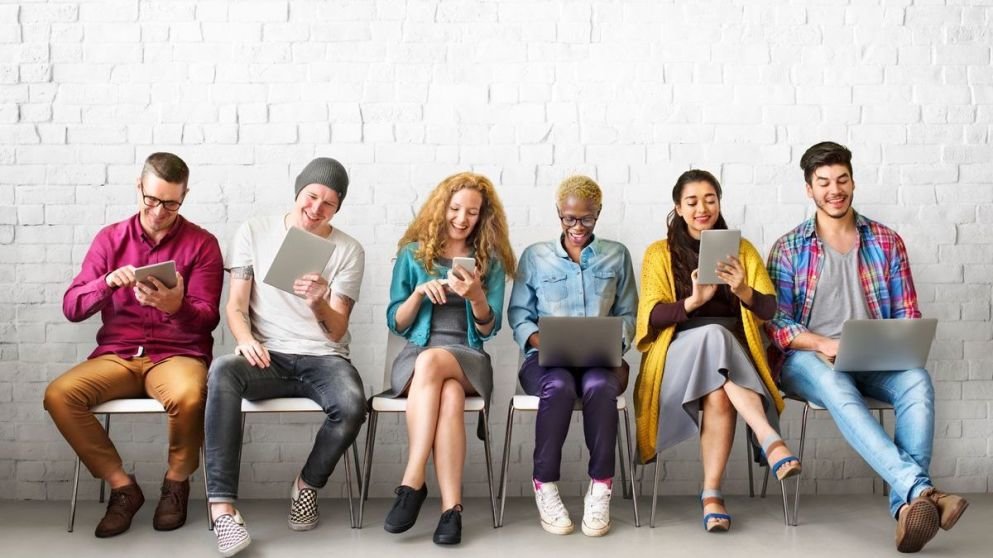 Learning a new language in 2019? - This app gets you speaking in just 3 weeks

Anyone can speak a language with Babbel, even complete beginners who have never learned languages before! Here are 5 reasons that prove it!

Language novices, newbies, beginners… whatever you like to call yourselves, we at Babbel feel your pain. After subpar Spanish classes or mind-numbingly boring French lessons at school, we wouldn’t be surprised if you’d been put off language learning for life. But trust us when we say that the boat has not sailed on your language learning adventures. – We can get you speaking a new language.

To put our money where our mouth is, we commissioned a study from researchers from City University of New York (CUNY) and the University of South Carolina to test how much Spanish the Babbel app could teach two groups of complete beginners in just two months. Then, feeling pretty confident with ourselves, we challenged 15 resident Babbelonians to learn as much Spanish as they could with the app — in just three weeks. The results? Both the CUNY study and our in-house Babbel challenge showed that complete novices — people who have little or no existing knowledge of Spanish — can make a tremendous amount of progress with Babbel in a short period of time.

That’s quite a hefty claim to make, and we wouldn’t blame you for wondering just exactly how Babbel can turn a language novice into a language learning pro. That’s why we’ve come up with 5 reasons (plus proof) why the Babbel app doesn’t dawdle when it comes to teaching you a language!

Reason #1. You will make progress — even if you’re starting from scratch

CUNY Study Finding: 85% of the participants in our study described themselves as having little or no knowledge of Spanish whatsoever, with the remaining 15% having some competency in the language already. However, the study showed that it was the complete beginners who made the greatest progress with their Spanish, scoring three times higher than the more advanced learners when they were tested at the conclusion of the study!

Babbel Challenge: Our Babbelonians were also complete newbies to Spanish, having never learned it in school. To show you just how “novice” they were, the group admitted to being plagued by fears of the tricky Spanish pronunciation, and scarred by memories of past failures when ordering food in Spain on holiday. Or, as one Babbelonian put it, “I start at zero so there’s no way to fail.” Well, fail they did not: we saw them progress from struggling to even comprehend Spanish sentences at first, to being able to build their own simple sentences, to successfully conversing with a native Spanish-speaker at the end of the three weeks. Muy impresionante.

Reason #2. You don’t need to dedicate a lot of your time to learning

CUNY Study Finding: Our study concluded that our participants only needed to use the Babbel app for an average of two hours per week to improve their Spanish by at least one college semester level by the end of the two-month study. The absolute Spanish beginners in the study were singled out for learning most efficiently — they only needed 15 hours of total study time over two months to improve by one college semester level.

Babbel Challenge: Our Babbelonians, on the other hand, were able to dedicate approximately 15 minutes a day during their three week challenge to learning Spanish. Kudos to them!

Reason #3. You will learn a lot quickly

CUNY Study Finding: Our CUNY study took place over two months, proving that you don’t need to block out the next half year in order to achieve the one-college-semester boost in Spanish proficiency recorded in the study.

Babbel Challenge: The challenge we set for our Babbelonians lasted three weeks, which was plenty of time for our participants to learn enough Spanish to successfully hold a conversation in the language at the end of the challenge. Of course, our Babbelonians had to pack their Spanish learning into a shorter time period than the CUNY study participants, but they managed by fitting their Spanish lessons into their daily routines — completing the Babbel modules during their commute to work, during their lunch break, or even in bed before going to sleep!

Reason #4. You will enjoy learning with Babbel

CUNY Study Finding: An incredible 99% of the participants in our study reported that they would continue using Babbel after the study ended. This is no surprise because success is one of the key motivating factors that will push you to keep learning your new language!

Babbel Challenge: Likewise, most of our Babbelonians fell in love with Spanish over the three weeks of their challenge, with many of them pledging to continue learning the language — even after the cameras stopped rolling.

CUNY Study Finding: The study reported that an overwhelming majority of the participants (between 92-95%) felt Babbel was easy to use, helpful, and, most importantly, that it gave them a fun learning experience!

Babbel Challenge: Our Babbelonians felt the same way about their three-week challenge, with many remarking how the app-based approach to learning meant that they could easily catch up with their Spanish on the go because they always had their smartphones with them!

Now that we've dispelled some of the major fears that put beginners off learning a language, why don't you give Babbel a try for yourself?