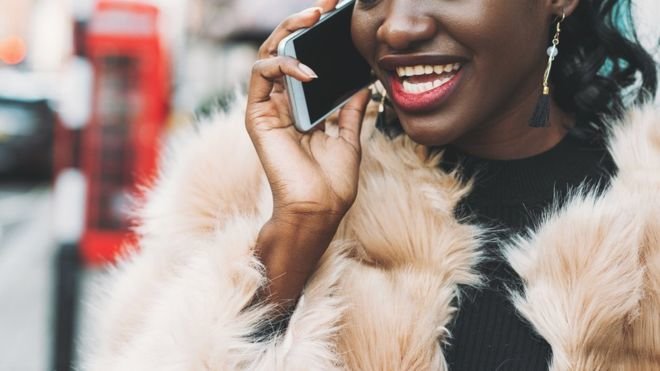 An Ofcom survey suggests that people from Liverpool spend the longest time on mobile phone calls.

People in Liverpool have longer mobile phone calls than the residents of nine other major British cities, an Ofcom survey has suggested.

Liverpudlians spend six minutes and 51 seconds on a single call, on average.

That's more than 40% longer than Londoners, who came second in the survey results.

People in Bradford had the shortest conversations on average, at three minutes and 15 seconds.

Data for the survey was gathered from 150,000 mobile phone users between 1 January and 31 March this year.

The survey did not consider calls made via Skype or WhatsApp and similar apps.

The research also found that people who used their phones for online services mostly stuck to wi-fi. Mobile data services such as 3G and 4G were used for less than a third of such activity.

It's partly thanks to this that 60% of users consume one gigabyte of data every month, the regulator said.

Analysis by the Citizens Advice earlier this year found that 71% of SIM-only customers were paying for data they did not use - costing £800 million annually.

However, last year data collected by Ofcom showed that the amount of time spent making calls from mobile phones had fallen for the first time.

Young people often prefer messaging services over voice calls, the regulator has noted, and services such as WhatsApp and Facebook Messenger are becoming increasingly popular alternatives to voice calls.

Having a good signal has "never been more important" said Ian Macrae, director of market intelligence at Ofcom.

The regulator said that while 92% of people get basic mobile phone reception in their homes from all four networks, some still "struggle" to get a good signal.

Consumer group Which? argued that "too many" people faced poor reception.

"Until the government publishes plans for how it will achieve its current commitment, the UK will continue to lag behind and lack the comprehensive mobile and broadband connectivity it desperately needs," said Caroline Normand, director of advocacy.

The UK government has committed to increasing mobile coverage to 95% of the UK by the end of 2022.