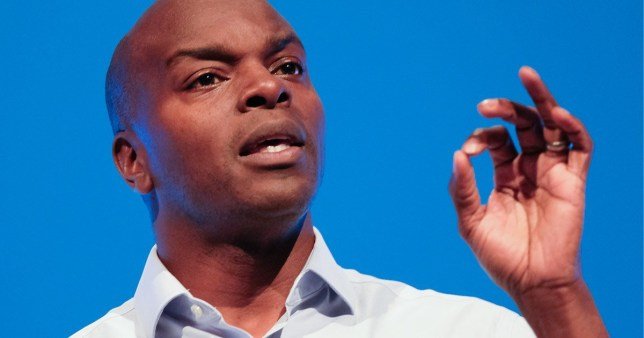 Every business with more than 250 employees should conduct random drug tests on their staff and share the results publicly, the Tory London mayoral candidate has said.

Shaun Bailey, 49, said the scheme would help expose middle class cocaine users who fuel the ‘explosion’ of drug-related crime among poorer communities. In an open letter addressed to London’s business leaders, he described how people who bought drugs were ‘funding the criminals’ who ‘unleash mayhem’ in the capital.

London is the biggest consumer of cocaine in Europe, with a study by Kings College London finding it holds a market worth of around £1,000,000,000 per year.

Mr Bailey said: ‘This is a huge problem. Drug use is not only a crime in itself; drug use is a direct cause of crime, from county lines gangs to stabbings on our streets.

‘When people buy drugs, they are funding the criminals who traffic vulnerable kids and unleash mayhem on our streets.

‘So as mayor, I’ll call for every business in London with over 250 employees to sign up to a drug testing charter.’

London is the biggest consumer of cocaine in Europe

Mr Bailey said the individual results of the drug tests would be anonymous, stating that the purpose of the drug-testing charter would not be to ‘get employees fired or shamed’.

He went on: ‘The purpose is to change our culture. City Hall will publish an annual league table showing which companies have the highest and lowest rates of drug use. Because… the way to start tackling a problem is to shine a light on it.’

Mr Bailey grew up in a council house in Ladbroke Grove, west London, and was a youth worker with gang members for 20 years.

Earlier this month he described how he had more in common with a ‘white kid from Dagenham’ than a black child from Hampstead, as he claimed recent conversations about race were ignoring the class divide.

He previously came under fire for articles published in 2005 and 2006, in which he said good-looking girls tend to ‘have been around’ and single motherhood had become ‘wrongly assumed to be acceptable’.

In 2018, he publicly commented on the unearthed articles, writing on Twitter: ‘In 2005, I wrote about what it was like growing up around the estates of Ladbroke Grove because it felt like nobody was writing about lives like mine. Now my words are being used to attack me. That’s politics, and I’m up for it.

‘But we’re never going to tackle the problems facing some of our poorest communities if we only listen to career politicians. We need to hear other perspectives, even if they’re raw and still developing.

‘Coming into public life has given me a broader and more rounded perspective to London’s problems. That’s why I’m running to solve them.’