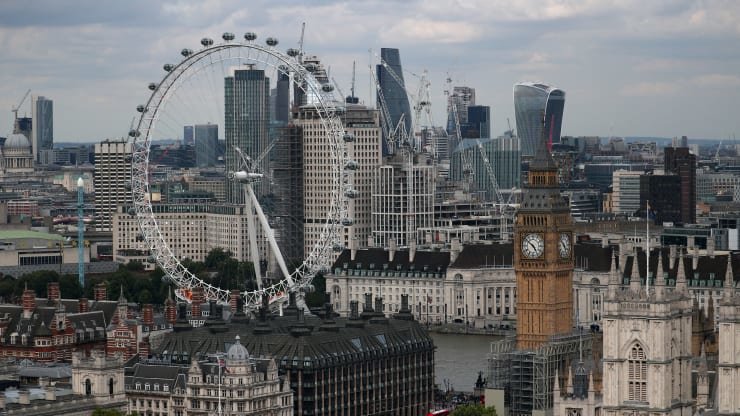 London has beaten New York in luring the largest amount of fundraising deals for financial technology companies so far in 2019, fresh research shows.

The U.K. capital’s fintech sector attracted a total of 114 deals worth a record $2.1 billion in the first eight months of the year, according to figures shared with CNBC by industry group Innovate Finance and Mayor of London Sadiq Khan’s promotional agency London & Partners.

London also came out $200 million ahead of New York on total deal value, with fintech firms in the U.S. city having raised $1.9 billion. That was followed by Belgium at $881 million and Stockholm at $735 million.

“Generally what you’re seeing is a maturing of the sector,” Crosswell told CNBC in an interview. “The numbers of deals are coming down slightly but the size is going up. That’s very natural and we would expect to see that as companies are becoming more successful and scaling globally as well.”

The U.S. is still easily home to the largest fintech market in the world, with start-ups in the country having raised nearly $9.4 billion so far this year.

But local industry executives argue that Britain and the rest of Europe are ahead of the curve when it comes to innovation in the financial services industry, as well as the adoption of new fintech apps and contactless payments.

“There is much more advanced competition in the U.K.,” Shachar Bialick, co-founder and CEO of fintech firm Curve, told CNBC. “In Europe it’s significantly higher than the States. The U.S. is very much behind when it comes to new fintech technologies.”

The U.K. is home to a flood of new banking challengers which have gained popularity by offering customers little more than an app and debit card. The so-called “challenger bank” model has helped upstarts draw in millions of users, with Revolut having recently hit over 7 million users and Monzo hitting 3 million. Revolut is seeking to raise a fresh round of funds later this year.

WATCH: A lot of opportunity in the UK market, fintech CEO says