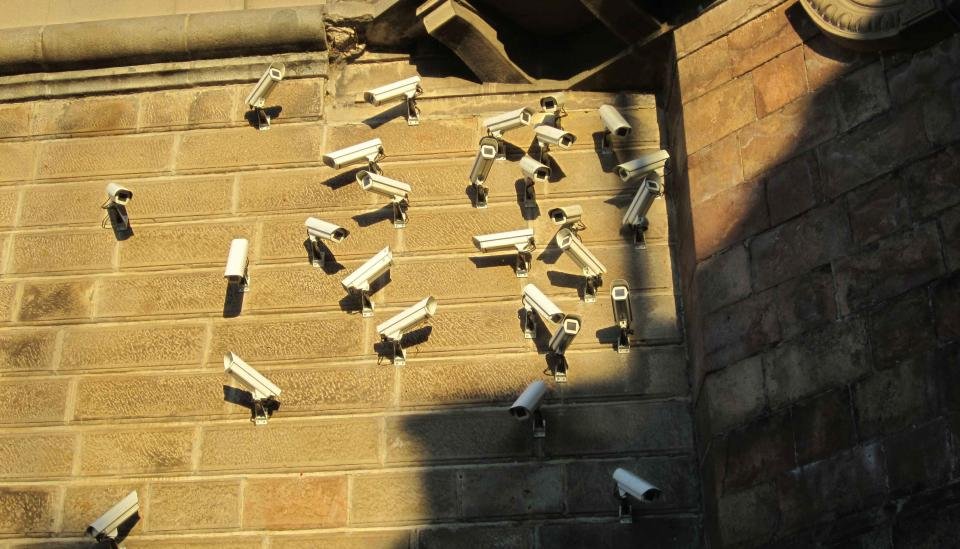 London has around 420,000 CCTV cameras, making it the second-most monitored city in the world after Beijing, with its 470,000 cameras (Washington DC, in third place, has just 30,000). That makes the UK capital a valuable test bed for visual surveillance technology and the application of artificial intelligence is supercharging cameras to monitor events such as crowd build-up, aiding smarter city planning. But the mass use of cameras by law enforcement for facial recognition is another matter in a democratic society.

Madhumita Murgia's Big Read today looks at facial recognition experiments in London, where members of the public were arrested for avoiding cameras, and highlights the court case in Cardiff brought by Ed Bridges against the South Wales Police for scanning his own face twice, including during a protest.

In his crowdfunding appeal for the case, Mr Bridges laid out his view of the high stakes for human rights. “The inevitable result is that people will change their behaviour and feel scared to protest or express themselves freely — in short, we’ll be less free.”

That's already the case in authoritarian China, which uses facial recognition as part of its extensive and highly intrusive surveillance of Muslim Uighurs in Xinjiang province. Yuan Yang describes her visit to the province and says while she could always spot awkward plainclothes officers trailing her, monitoring by cameras means you never really know when you’re being watched. On her way to visit an orphanage for the children of detained Uighur Muslims, officers put up a roadblock just as her car was approaching. Coincidence or cameras playing a sinister role?

The Internet of (Five) Things

1. AI will invent itself
In a landmark challenge to the international patents regime, a band of legal experts has called on authorities in the US and EU to recognise the “inventorship” of artificial intelligence. Two patent applications filed this week, for a food container and a flashing light, were the work of a machine called Dabus (“device for the autonomous bootstrapping of unified sentience”). Separately, AI can now warn critical care doctors that their patients are at risk of developing severe kidney damage up to two days early, with the potential to save hundreds of thousands of lives every year. The machine learning model was developed jointly by DeepMind Health, a division of Google, and the US Department of Veterans Affairs.

2. UniCredit and Ford have Capital One fears
Italian bank UniCredit and US carmaker Ford have launched investigations into whether their data have been caught up in the Capital One data security breach. On Tuesday, cyber security researcher Brian Krebs said in a blog post that he had accessed a Slack channel in which the arrested former Amazon Web Services employee Paige Thompson had listed other databases she had found, by hacking “improperly secured Amazon cloud instances”. A screenshot of the databases included one labelled “unicredit”. Lex says cloud fans are of the opinion the breach could have happened just as easily if the data were held on an on-site server.

3. Earnings round-up: Qualcomm, Western Digital, Zynga
Qualcomm complained of “continued weakness in China” as it anticipated fourth-quarter sales of between $4.3bn and $5.1bn, compared with $5.8bn in 2018 and below the $5.7bn expected by Wall Street. Western Digital said it saw signs of improvement in the flash memory market as it reported an in-line quarter. Mobile game publisher Zynga upped its full-year guidance and beat second-quarter forecasts, adding fuel to a stock that has already soared 60 per cent this year.


5. LSE clinches $27bn deal for Refinitiv
The London Stock Exchange Group has agreed to buy data provider Refinitiv for $27bn, sealing a deal that will turn it into a global markets and information powerhouse to rival Michael Bloomberg’s financial data empire. The deal may signpost the future of the City of London, says the FT’s editorial board. David Schwimmer, not the one from Friends but the LSE chief executive, hopes to be remembered as the guy who transformed the LSE.

Bird's description and launch of the Bird Two comes less than three months after it unveiled Bird One, its next-generation electric scooter designed to be more durable, powerful, and longer-lasting than previous versions, reports The Verge. The new Bird is apparently even more durable, powerful, and longer-lasting. Rolling out next week, it features over 50 per cent more battery capacity than Bird One, self-reporting damage sensors, antitheft encryption, and puncture-proof air-filled tyres.