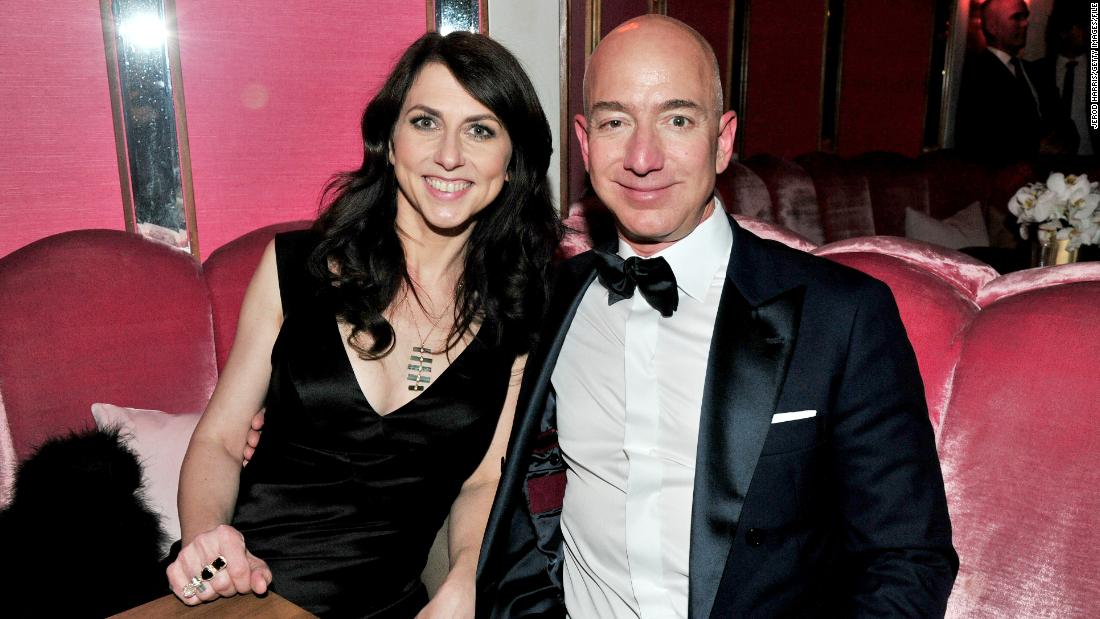 Bezos received about 19.7 million shares of Amazon (AMZN), equal to 4% of Amazon's total shares outstanding, under her divorce agreement last year with Amazon CEO Jeff Bezos. The shares were worth about $35.8 billion at the time of the divorce filing.

Jeff Bezos retained the voting rights for those shares as part of the agreement. That's why he is required to disclose his ex-wife's shares when disclosing his roughly 16% voting stake in the company.

The number of shares MacKenzie Bezos owns dropped by about 200,000 shares, according to Jeff Bezos' most recent regulatory filing. That sale represented just over 1% of her Amazon holdings.

It's not clear if she sold the shares to receive the proceeds, to diversify her holdings, or if she donated them to a charity.

MacKenzie Bezos signed the Giving Pledge, an initiative created by Warren Buffett and Bill and Melinda Gates in 2010 to encourage billionaires to donate a majority of their wealth to charitable causes, either during their lifetimes or in their wills.
Jeff Bezos, one of the world's richest people even after the divorce settlement, regularly donates some of his Amazon shares to not-for-profit organizations. But he has yet to sign the Giving Pledge.

The date that MacKenzie Bezos got rid of her shares was not disclosed and could have occurred any time since the divorce. The price at the time of the disposal is also not known. At current prices, the shares she sold would be worth about $370 million.
#Melinda Gates